I have DIR-1935 A1 running stock firmware V1.02 (confirmed in webui, not just basing this off the sticker), and aspire to be an OpenWRT user.

What's needed for me to:

I have a 3.3V FTDI FT232RL serial adapter and an RPI1 Model B if I need to do anything with the serial header, but will need some direction.

In the event that it helps, please see below. 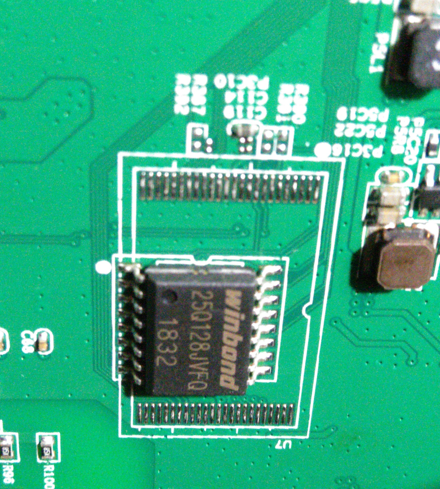 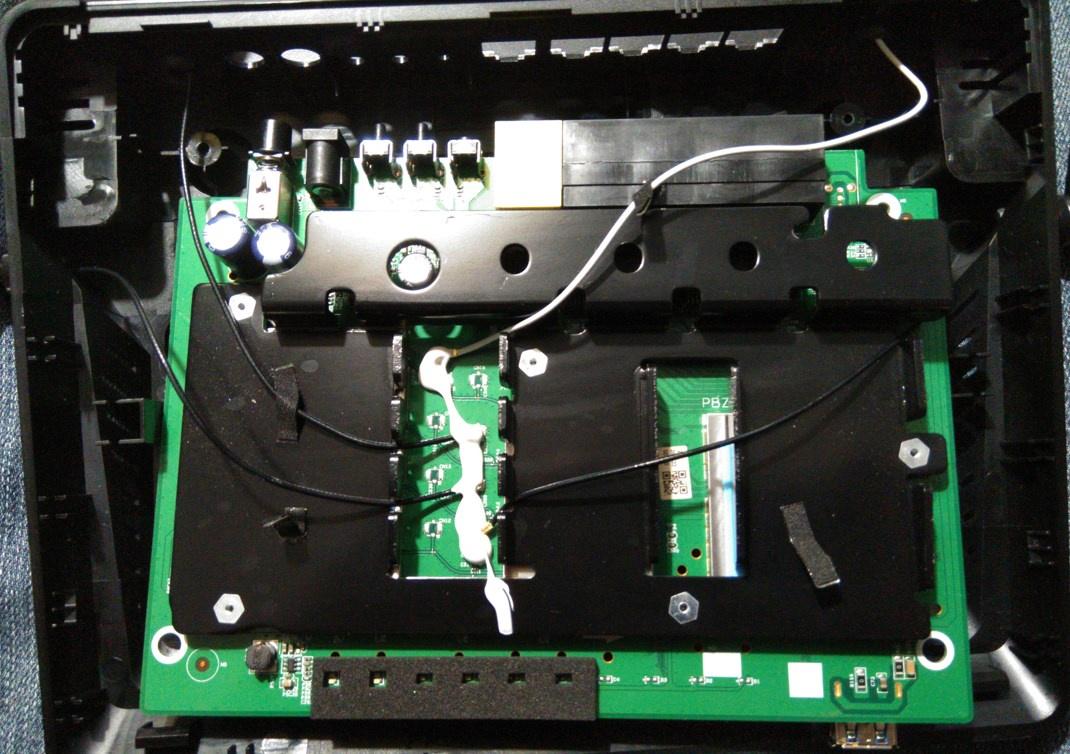 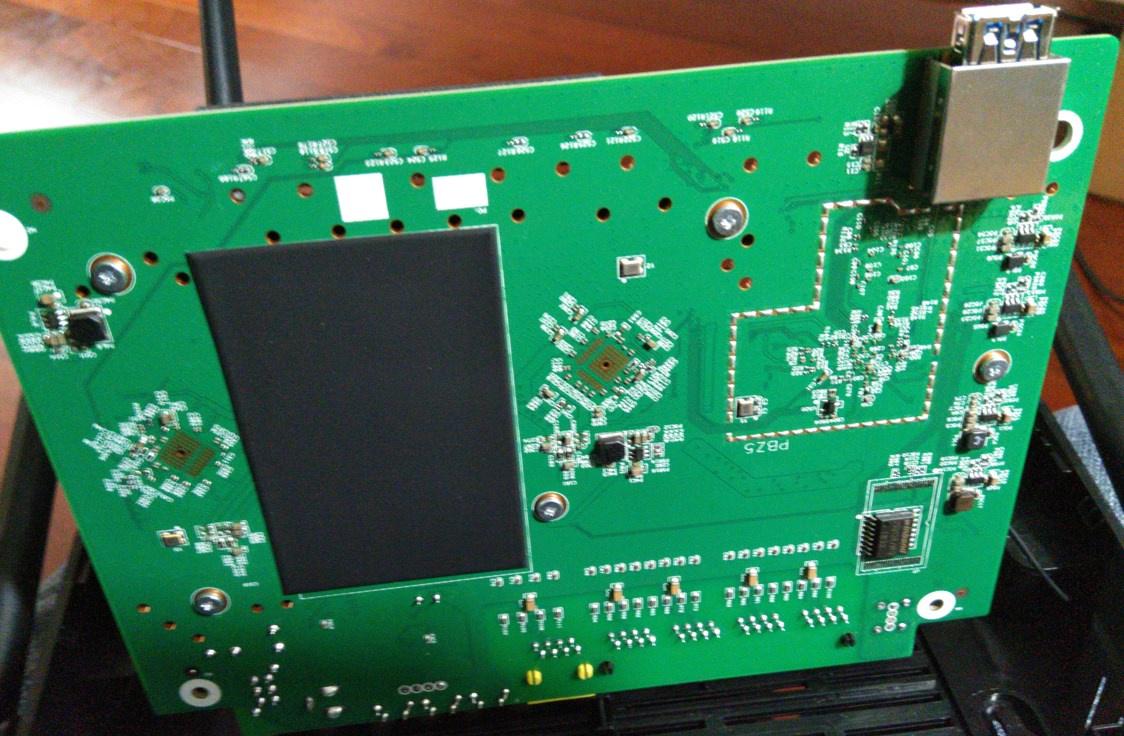 The general instructions are on the Wiki: https://openwrt.org/docs/guide-developer/add.new.device

sure sounds like a dir-878/882 A1 clone
connect you serial header capture the output as it's booting & keep it
compare it to the dir-882-a1's it's there on it's page
you want to make sure it's flash memory partition layout is the same
if it is the same you should be able to load it's initramfs image into ram only
via the "1: Load system code to SDRAM via TFTP." boot loader option
this should allow you to backup the untouched flash as it is now via saving all the MTD'S

I soldered a header but am not able to get any signs of life from a serial connection from the router.

I'm using this command in linux:

/dev/ttyUSB0 is my USB to UART adapter (FTDI FT232 Serial UART). The jumper is set for 3.3V (as opposed to 5V). I've tried reversing RX and TX in case my adapter's labeling is funny and still get no output (garbled or not, I get nothing at all). When I disconnect RX and TX from the router and short them on the USB adapter, whatever characters I type appear on screen as if I'm in a text editor. I have GND on the router connected to GND on the USB adapter.

When first attempting this I had VCC connected between the router and adapter. After stopping this, both the VCC pins read ~3.3V to their respective GNDs, but I may have zapped something on the router. The router still boots and presents a wifi network fine though.

What have I missed and/or bungled?

Edit: Should a loopback test using screen produce exactly one character per keypress, just like a text editor? This is what I'm getting, but youtube videos of other loopback tests suggest I should be getting 2x my inputs either on a per-key basis (e.g. HHEELLLLOO) or after hitting enter (e.g. HELLO HELLO). I wonder if my USB adapter's RX pin is a dud. I've never used this adapter before.

I'm a windows user for context so I can't comment on what to use in linux
but if you are looping back it sounds ok
only if you have local echo you will get 2x show up. The outgoing & the returning data
yes better not to connect +3v just gnd tx & rx for most usb adapters
if you just get routers tx & your rx & gnd then you should see the data just after power on
you need the other rx-tx connecting to interact tho
I just use putty for serial data

Check the voltages on the Rx and tx pins on the router, see if there’s anything there at all.

If not, follow the traces back and see what’s missing. Some vendors kill the uart with resistors or jumpers.

I tried putty and also only have my inputs show up 1:1 (e.g. HELLO, not HHEELLLLOO) with the same USB serial adapter when I bridge the RX and TX pins. Is this expected behaviour?

Throughout the bootup process the voltage between the TX and GND pins of the router is 0V (+/-0.003V). There is no continuity between these pins (no beep in continuity mode, resistance too high for my meter to measure).

The only other devices I have that could read are Arduino Nano clones, but I don't have a sketch for that handy.

Edit: I've decrypted and extracted the stock firmware for a DIR-1935 and DIR-882 A1. I'm poking around to see if I can figure out the flash layout there. Any pointers?

Still no luck on serial but fortunately, the exploit detailed here is unpatched on the firmware version on my DIR-1935, and the python3 script worked for me. I now have access via telnet.

The flash layout appears to match the DIR-882 A1 OEM layout. I base this on the output of cat /proc/mtd, where the "name" of each partition matches, and the "size" matches when you convert the size values in /proc/mtd to decimal then convert to kB.

I copied each of the mtd partitions (/dev/mtdX, X=0..6) with dd onto a usb stick. Are their contents of interest?

but you can with more risk just flash to the device

and from then it just checking & finding what need changing

How do I back up the flash and verify that the backup is correct? I'll do another dd backup of /dev/mtd0..6 on a different USB stick and compare the results to the first.

I'm out of ideas with the serial connection, I don't think I can get it going:

How do I check the radios?

To ensure the header thing isn't an issue, should I build a new OpenWRT image (using the DIR-882 A1 as a starting point)? Could you link me to directions on how to do that?

How do you suggest I flash it? As far as I can tell I can flash OpenWRT with:

Thanks again, I appreciate your patience

you can check your voltage range input of your serial but it seems like v3.3 but if it's only 5v it may not see the data at a lower level

found this old thread as well

My dump of mtd5 has "DIR-1935" in the first 80 characters, and when viewed in a hex editor the model starts at the same place as the latest openwrt factory image for the DIR-882.

I tried a 9k pullup resistor and the TX pin on the router does pull up to ~3.3V, but it doesn't vary and I don't get any data in putty. I removed the USB adapter and changed the jumper to 5V mode and the TX-GND voltage went from ~3.3V to ~5V, so I think the jumper was set correctly in 3.3V mode.

I couldn't access your link, but I tried flashing the DIR-882 A1's factory image (same filename as yours) after changing the DIR-882 to DIR-1935 and the D-link recovery gui rejected it (Update failed!). However, the unmodified DIR-882 worked and now it's running openwrt.

Both 2.4Ghz and 5Ghz networks work (used different SSIDs to confirm), however the range on the 5GHz one is really bad (about 50ft, up a staircase). At a location immediately before it drops, ping is still <10 ms and iperf3 speed is >150 Mbit/s on my laptop (intel dual-band wifi card). Any suggestions to improve range? I will try another power adapter for the router (the one I have for it is sketch), different channels, and different antenna orientations.

Now that it's running openwrt more or less correctly, what can I do to improve the state of documentation and build availability for the DIR-1935?

Developer guide This page has links to all the pages of OpenWrt development documentation. Use the Search facility to find more information. Quick overview of OpenWrt's internals Assembling firmware images with the Image Builder Contribution...

I tried troubleshooting the wireless range again and after leaving the DIR-1935 running with the channel on auto for awhile the 5GHz band range improved and throughput was good. My guess is that the issue was interference with my nearby wifi AP. I haven't done thorough testing but will start using it instead of my regular AP for awhile and see if it behaves. Edit: Both the DIR-1935 and my regular AP are on the same 5GHz channel. Could just be interference and not a radio issue.

The checksums of the DIR-882 A1 squashfs-factory and squashfs-sysupgrade bin files do not match the latest equivalents linked here. Does that indicate a problem? If not, what's the next step? If it's firmware flashing, is it safer to use the D-Link Recovery GUI to flash the squashfs-factory file, or using LuCi to flash the squashfs-sysupgrade file? I never got serial access working so I don't want to brick a seemingly working device.

so in the end was there any changes from the DIR-882-A1 ?
are the leds still green ?
are the WIFI MAC address correct ?

The only difference I noticed from the DIR-882 A1 were related to LEDs. DIR-882 A1 has two USB activity LEDs that are not present on the DIR-1935 (visually identical to this picture of the DIR-867 A1). How I addressed this is below:

the picture shows the LED's as green are they still green ?
green is what's listed in the 8xx include file
if you can just use that it saves a lot of work
it seems weird that there is no usb led tho oh well

LEDs are still green and behave as expected.

MAC addresses seem unchanged from the DIR-882 A1 firmware, and a MAC address lookup tool say they correspond to D-Link.

What testing should I do to confirm that everything is working properly?