I am looking for a portable WiFi router for OpenWRT. Ready solution or DIY.
Selection criteria by importance (not all may be):

Can you advise something?

OpenVPN or WireGuard, or something else?

USB 802.11ac is dicey in general. Not something that I would recommend for AP at all.

I've got two GL.iNet AR750S units that I'm very happy with. One runs GL.iNet v3 firmware (close-to-the-tree OpenWrt), the other is on my bench for the ongoing saga of getting the ath79 SPI NAND PR reviewed.

I've benchmarked it at around 40 Mbps WireGuard with SQM active, 10 Mbps for OpenVPN with SQM active. Higher rates are possible without SQM at the expense of significantly higher latency. Those numbers are probably around what you can expect from a current, upper-range, MIPS-based device.

With the reasonable cost of USB-output, external, cell-phone battery packs, that would be my suggestion over something with in-built batteries.

OpenVPN or WireGuard, or something else?

Better OpenVPN, but a wireguard will do.

USB 802.11ac is dicey in general. Not something that I would recommend for AP at all.

What is his dicey?

It looks cool!
But on the manufacturer’s website, I found an even cooler version -VIXMINI. Will it fit for my tasks?

I found an even cooler version -VIXMINI.

It does not have USB or LTE. Very sorry

Just as a small addition to jeff's explanation, you really want some headroom on top of your basic performance requirements. Synthetic benchmarks and real-world figures often diverge quite a bit, once you go into the field and expect that performance while also doing PPP/ PPPoE (which is rather computationally heavy, more than one would expect), NAT/ firewalling/ routing, WLAN (yes, its PCIe interrupts want to be served in time) and other tasks beyond the mere VPN endpoint, especially on single-core devices. Especially USB devices (modem) are also relatively heavy on the host CPU.

I personally would set at least two times the required throughput as lower limit (of the synthetic benchmark), when selecting a new device.

I personally "trust" the Qualcomm Atheros SoCs based on experience with them and none with the MTK chip sets. This is a personal bias.

The GL-MT300Nv2 and the VIXMINI both use MTK SoCs, and are clocked slower than the GL-AR750S (775 MHz vs. 580 MHz), so I would expect VPN performance to be lower by a factor greater than the ratio of the clock speeds (there is "fixed" overhead related to handling the packets and other non-VPN functions).

The GL-Mifi is due for a refresh, but I haven't heard anything recently about a successor. Its AR9331, clocked at 400MHz, is unlikely to reach 10 Mbps with OpenVPN.

you really want some headroom on top of your basic performance requirements.

In most cases, I do not need high speed Internet, just browse the sites. But just as often I need to watch YouTube with Full HD video. I do not know what performance reserve I need in this case.

The GL-MT300Nv2 and the VIXMINI both use MTK SoCs, and are clocked slower than the GL-AR750S (775 MHz vs. 580 MHz), so I would expect VPN performance to be lower by a factor greater than the ratio of the clock speeds (there is "fixed" overhead related to handling the packets and other non-VPN functions).

Yes, it will be sad if the VPN speed is very low.

The GL-Mifi is due for a refresh

Can I read about this new device somewhere?

I can’t select a device yet.

I like the GL-AR750S, but it's big to carry it around all the time. In addition, he needs external power and a 4G modem. It may be possible to fit everything inside the case, but I'm not sure.

GL-MiFi has everything on board, but the processor may be weak.

I found another WiFi router with a 4G modem.

There is another option to make a device based on Omega Onion2S. But there is also a MIPS processor.

I wouldn't have any confidence in that device either.

Fast VPN performance, small size, LTE modem, and battery are mutually exclusive. While 10 Mbps may not seem fast, for VPN that is a significant amount of processing power. More processing power means:

Higher heat dissipation means a heat sink and suitable airflow is required -- not small. The GL-AR750S has a huge heat sink internally (compared to its tiny size).

An LTE modem can draw 1 A when operating. This is a non-trivial amount of current to draw from a battery pack. Again, increasing size.

For single-core, MIPS-based devices in this class, I'd figure around 1 A (at 5 V) average draw when idle with an LTE modem, around 1.5 A when active. I'd also figure about half of the claimed capacity of a battery pack. So a 10 Ah pack is probably good for 3-4 hours of run time. Those packs generally use Li-ion batteries at this time, which have about the highest energy density of what is available to consumers, especially in the 18650 cells.

The next-gen, battery-powered, integrated LTE device has not been announced b y GL.iNet on their website, forum, or Twitter feed, from what I have seen. There is the GL-X750 "Spitz", but its QCA9531 clocked at 650MHz is likely borderline for obtaining 10 Mbps OpenVPN throughput.

Edit: Once you're into ARM-based processors, you're well out of the range of "pocketable" size and battery operation.

Fast VPN performance, small size, LTE modem, and battery are mutually exclusive. While 10 Mbps may not seem fast, for VPN that is a significant amount of processing power.

I think even 5 Mbps will suit me. I can also try the WireGuard. Looks like I have to put up with it.

my bench for the ongoing saga of getting the ath79 SPI NAND PR reviewed.

This seems to be the only decent option for me so far. Other powerful enough devices with a battery inside, I did not find.
In AR750S there is no place inside to accommodate a small battery?

Yes, the GL-AR750S is on the ar71xx/ath79 platform. NOR flash is supported by OpenWrt, NAND with the PR that you linked (as well as the v3 OEM firmware, presently based on 18.06). I've been running my GL-AR300M and one of my GL-AR750S units with that code for months now. I run the OEM firmware on the GL-AR750S that I travel with, as it adds some very useful travel-router features over stock OpenWrt (similar to the Travelmate package). 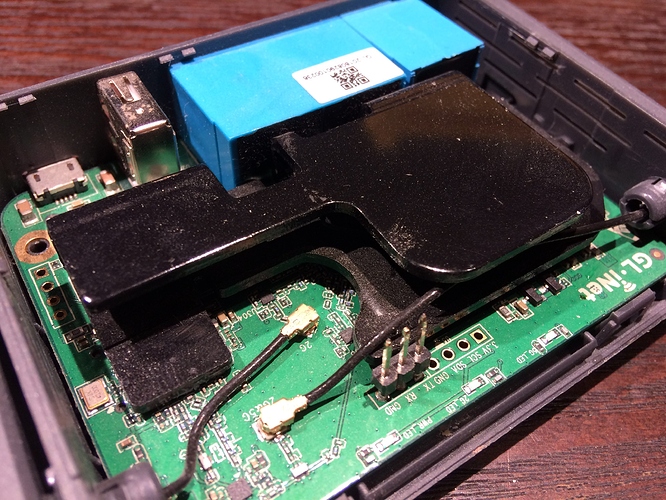 1A (5W) is a lot. The router must be very hot with such a small heatsink!
Have you tested this in practice? I took measurements on Raspberry Pi 3 (with Domotics server). At a voltage of 5.17V, it consumed 0.43A (2.2W). True, she has a much smaller radiator.

I was hoping to put a flat LiPo battery, but judging by your photos, even for him there is no place. Thanks for the photo!

That's actually a pretty impressive heatsink with a lot of surface area (it's open within). It covers both the SoC and the wireless chip. GL.iNet seems to care a lot more about thermal design than many manufacturers. 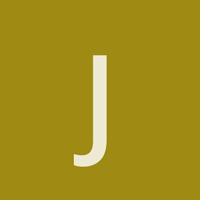 Testing an AR750S (“Slate”) here, with the v3 -testing build from January 28th, I see a peak current draw during boot of 520 mA with no wired connection, but wireless enabled (with no clients). It idles around 410 mA. This is significantly higher...

I haven't tested the draw with the Ethernet active, wireless loaded, nor with the CPU load of running OpenVPN.

Ethernet connected added ~40 mA on a similar device. Add two, that might double.

30 dBm is 1 W output on 5 GHz and 23 dBm is 200 mW output. Then you need to take into account the duty cycle (with no clients in the above test it would be primarily the beacons only), RF efficiencies, as well as the wireless chip managing the protocol.

So, yes, I'm comfortable with estimating idle at ~500 mA and loaded around 1 A for the purposes of determining energy needs.