I am curious how you managed this. Did you put in restart call within the sqm service script? I wondered about that to address changes in sqm caused by interface going down and hotplug even restarting sqm, which should then restart the autorate service.

@Nomid are you presently using this community build for your funky RPi4 LTE setup? And how are you managing SQM for that? I am wondering about getting RPi4 myself like you have done. To replace my B818-263. Thing is the B818-263 works pretty well - with location optimisation (on its side next to window), I get these amazing stats: 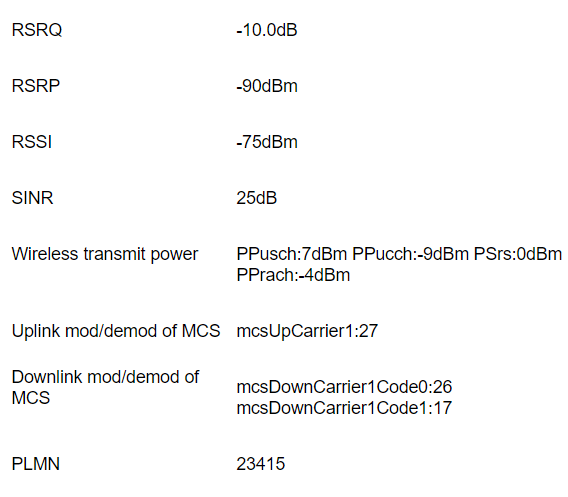 to address changes in sqm caused by interface going down and hotplug even restarting sqm, which should then restart the autorate service

if we can find a solution to the 'background script(s) running from sqm' issue described above... this would be the best way...

otherwise we end up monitoring state files from a secondary watcher 'daemon'... (or monitoring and reacting to ubus)

At the moment I just use:

And have set call to restart sqm-autorate inside SQM service script.

yeah, i've seen this too (r18161)... thought it was due to some things i've been working on maybe... (nothing major really mostly the autorate stuff)... will run some test builds today with 'stable(edit:done r18086 is working ok)'+'next(edit: done r18217 worked ok)' and the current file mods to try to pin down where it's coming from...

edit: re-testing with r18161 first worked and then didn't which could mean the above tests are now void and need to be repeated more thoroughly... (bugger)

for a workaround you can ssh in and run /etc/init.d/rpcd restart

just revert back to the stable version...

Just a general report, I've gone backwards to stable after experiencing inherently average network performance. I can't put my finger on it, but the network would "stall" and then come back to life consistently. Going back to stable has rectified the issue. I can't guarantee it was the firmware, but just thought I'd report f anyone else has similar issues.

Just installed fresh this week on rpi4. One issue I have is if I issue a reboot takes 50 mins or more for the internet to come back online. I'm using ue300 dongle for lan and on board nic for wan. It's dhcp to fiber modem in bridge mode.

takes 50 mins or more for the internet to come back

suboptimal to say the least...

best to start by stating which build version you are running... and any other customizations that may be relavent...

I'm using ue300 dongle for lan and on board nic for wan. It's dhcp to fiber modem in bridge mode.

this is good info... perhaps stating the ISP(company name) and modem version(model name) would also be relavent here...

i've sort of been cheating for a while on github re: master version and only uploading the 'testing/current' so new users who have been downloading from github get 'current/testing'

this has generally been ok... but since r1806x-ish immediate downgrade/flash to 'stable'/'release' would be advised... (added benefit that your ROOTFS is expanded on the first upgrade anyway)

NOTE: the built in initial wrt.ini has UPGRADEsFLAVOUR set to 'stable' so you'd be prompted / track 'stable' if you click flash or check for updates[refresh] or whatnot anyway...

fyi... one upcoming feature that's been added worth mentioning, especially for people who might plug alot of external disks...

After some more digging. Every reboot grabs a new dhcp ip seems like behaviour might be starting from 21.02? I think perhaps my ISP is slow to allow a newly provisioned wan ip to route? I have a ticket open with them to investigate. I am coming from ubuiqiti edge router and it keeps the dhcp wan ip on reboots.

What would be the latest stable release? (maybe latest 19.x ?) I will switch to that and report findings.

i'd say the build you are on is best right now... especially for the issue described... (and it's technically also the latest stable release)

definately see what the isp has to say about what's going on... i've not come across a situation where openwrt receives valid wan addresses and won't route (but once had an issue on another device where all addresses were up but could not get traffic past the isp gateway but as mentioned it was a different device and quite a while ago but sound similar to the sort of issues you are experiencing)

Curious to know if on reboots or renewals anyone here also gets new IP's instead of re-using the same one from DHCP? I really want to figure out how to get openwrt re-use the IP..

I have a whole bunch of fancy ipv6 modules and not so much experience with what they do... so the above will rule out any adverse interactions here...

actually just looking there are not that many...

Wulfy23: is there a cron job for automatic rebooting or software updating preconfigured?
Because I am experiencing Internet breakup at around 6am or few minutes before that. After may be some 5 minutes that Internet is there again!!!
Is it only with me or known bug?
I am on latest stable release from you ( not snapshot).

best guess would be an ISP/UPSTREAM reset kindof thing (i see similar behavior sometimes on my cable connection around 3am where it stops working for maybe less than a minute)...

In case this is helpful my LTE modem drops eth0 (NO-CARRIER using ip monitor) about every 48 hours as is apparent from checking the modem log and this needs to be detected and managed. Think this means udhcpc kill commands to release and renew.

On my RT3200 using the recent snapshots this is already correctly handled.

I wrote this script for Asus-Wrt Merlin:

May be worth just ruling this out.

Alternatively could this behaviour explain the constant refreshing IP?

So that means, you have configured some cron jobs which run at 05:59am on some days a week.
Can I change it? Or will it cause problems with other settings?

just comment out those lines maybe and restart cron service..

be my guest (from a purely investigative perspective...) but keep in mind...

a) those jobs don't really do anything
b) you'll probably have to do it again after your next upgrade... I have some INI variables to turn that stuff off... but they need more testing... and as those jobs don't really do much... it hasn't been a priority as yet... (however in the new builds with the fixed tasks... there will be a NOTASKS or something like that which will work)
c) commenting out/removing any line with psave may interfere with luci-statistics / nlbwmon / logs if you lose power (someone who is uber paranoid about sdcard writes like if your router is in antarctica or something might benefit from those being switched off)

Don't use "auto" for the AP channel

ACS support is... A complete and total disaster. It was implemented with https://github.com/openwrt/openwrt/commit/df773ead9a8e4ef492a35a0d936fefbe2066e729#diff-892e932d8d1c8b619fa9f0337a9c5e83e1e0e41dae8cb6125d660e283b1bf069 - and that patch has no header information indicating whether John wrote it himself, or pulled it from somewhere. It's completely different than Cypress' current ACS patch, and both patches in their current state cause major roaming issues for clients too. (They report a noise value of 0 during a client scan for anything but the current connected AP, which results in a negative SNR, so it'll stick forever on the first AP it associates with. Not a problem for home users with a single router and different SSIDs for each band, but bad if you're putting your device on a vehicle moving 6 MPH in a warehouse with dual-band enterprise WLAN.)

I'd just back out the patch locally since I don't use AP mode, except knowing that 2.4GHz noise floor is insanely high is also kinda necessary.

Interestingly, if you want a Pi that is optimized for AP support (e.g. more than a small handful of clients), you must use manual channel because the firmware features that support ACS survey are removed in the "AP-optimized" blobs recently posted - https://github.com/RPi-Distro/firmware-nonfree/commit/feeeda21e930c2e182484e8e1269b61cca2a8451