I just "succesfuly" (hard?) bricked my NSA310S after I flashed the wrong U-Boot (the NSA310 instead of NSA310S) and the device is not starting (just one LED glows).

I am aware this is a pretty bad situation, but is there a way to fix it by flashing the right U-Boot via SOIC CLIP directly to the chip where U-Boot resides? If yes do you have any idea which chip contains the U-Boot? 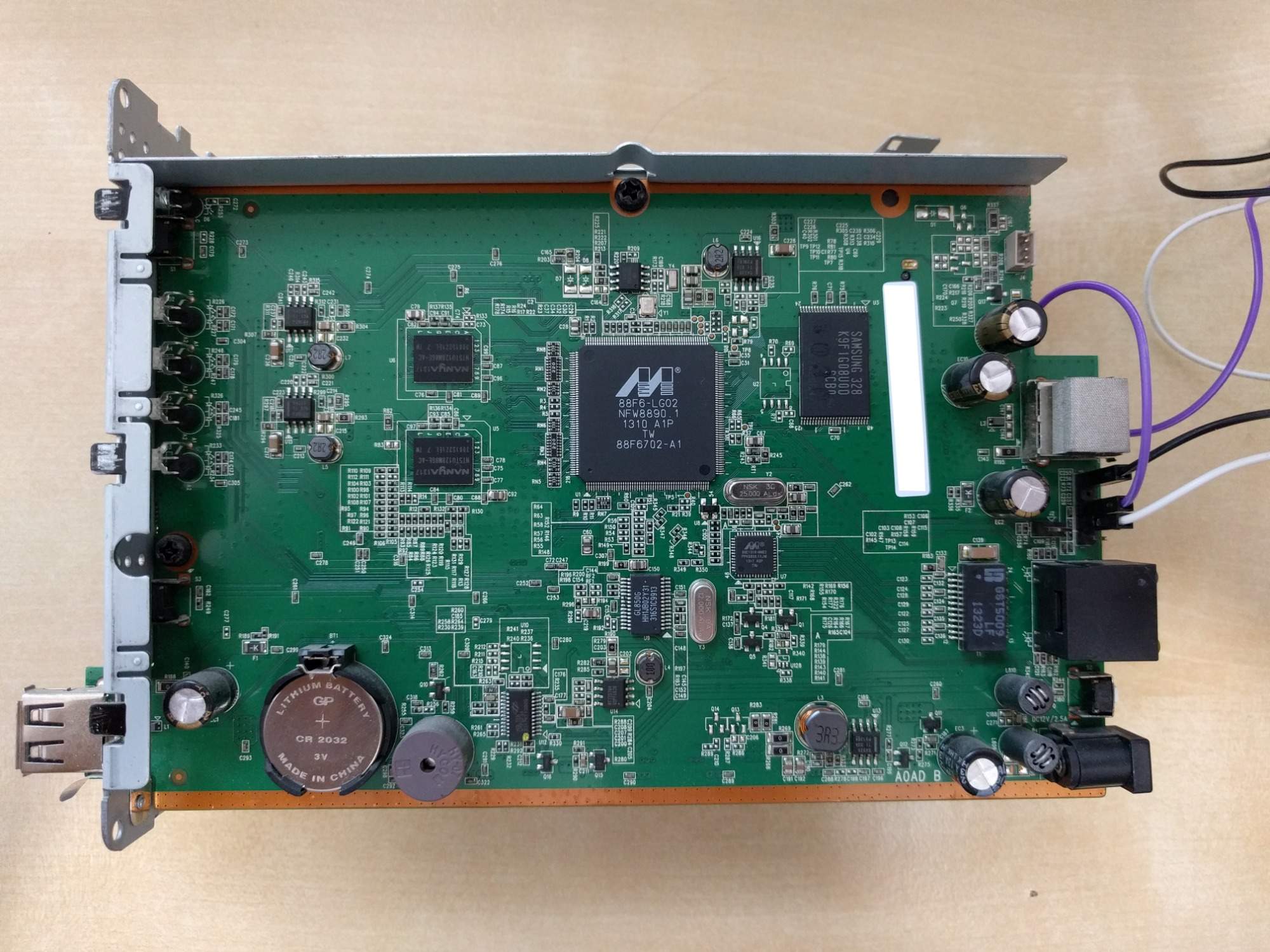 This is the tool for flashing I mean 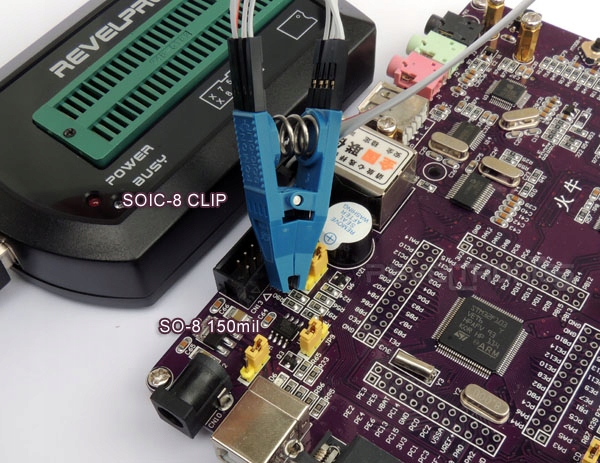 This device stores the firmware on a NAND chip, which is the big rectangle to the right of the central chip with Marvell logo. Your tool cannot communicate with it.

This device (and most devices with a Marvell SoC for that matter) cannot be bricked because they have a boot ROM stored in the main chip that will be able to establish communication over serial/TTL with a recovery software tool called "kwboot", that will transfer a new uboot image and ask it to execute it.
After that the uboot starts and you can stop boot and then flash again the uboot from there.
To run kwboot you will need a Linux PC, if you don't have one, you can install Virtualbox in your PC and create a Linux Virtual Machine (you can google for tutorials, it's not hard).

Please read the posts from here onwards (especially the ones from kofec and me) to learn how to save your device. Just use the right uboot file.

Hello, I would like to install openwrt on my old 310 (without any letter). I have problem with USB - someday when i try to plug in my printer usb cable, something happen (i dont how exactly what and how), and now my usb doesn't work and USB LED on front panel after system boot lights always on red. When i connect to it via serial ports and boot system I get: usb 1-1: new high speed USB device using ehci_marvell and address 2 usb 1-1: device descriptor read/64, error -71 .... usb 1-1: device de…

Samsung K9F1G08U0D, and that's bad news - as it's NAND flash, which is much, much harder to flash externally than SPI-NOR.

thanks for the suggestion to use the kwboot - this little tool actually rescued the NAS.

So here is a brief summary of what did I wrong and how I fixed that.

A decided to flash my Zyxel NSA310S with OpenWrt as the last vendor firmware update is from 01.08.2017 and contains some nasty security vulnerabilities.

I followed the official OpenWrt site for this device for flashing this device but for some unknown reason I have picked the wrong u-boot. After flashing the wrong u-boot via USB-to-UART controller and restarting the NAS the screen stuck. I powered the NAS down but I was not able to get the TTY connection via $ screen /dev/ttyUSB0 115200 back.

After unplugging the NAS and trying the $ kwboot -t -B 115200 /dev/ttyUSB0 -b u-boot.kwb -p the connection to the device was established and sort of flashing process began. Once this process finished, the device started to boot. I interrupted this before the booting started and got access to some bootloader shell where I repeated the u-boot flashing process mentioned on the OpenWrt installation site (this time with the correct u-boot).

Well, the device restarted and I continued with flashing the OpenWrt as described on the official OpenWrt site for this device.

Hope this helps little a bit in case, somebody experiences the same problem.

Just for the record I am putting here the UART pinout as I could not find it anywhere. 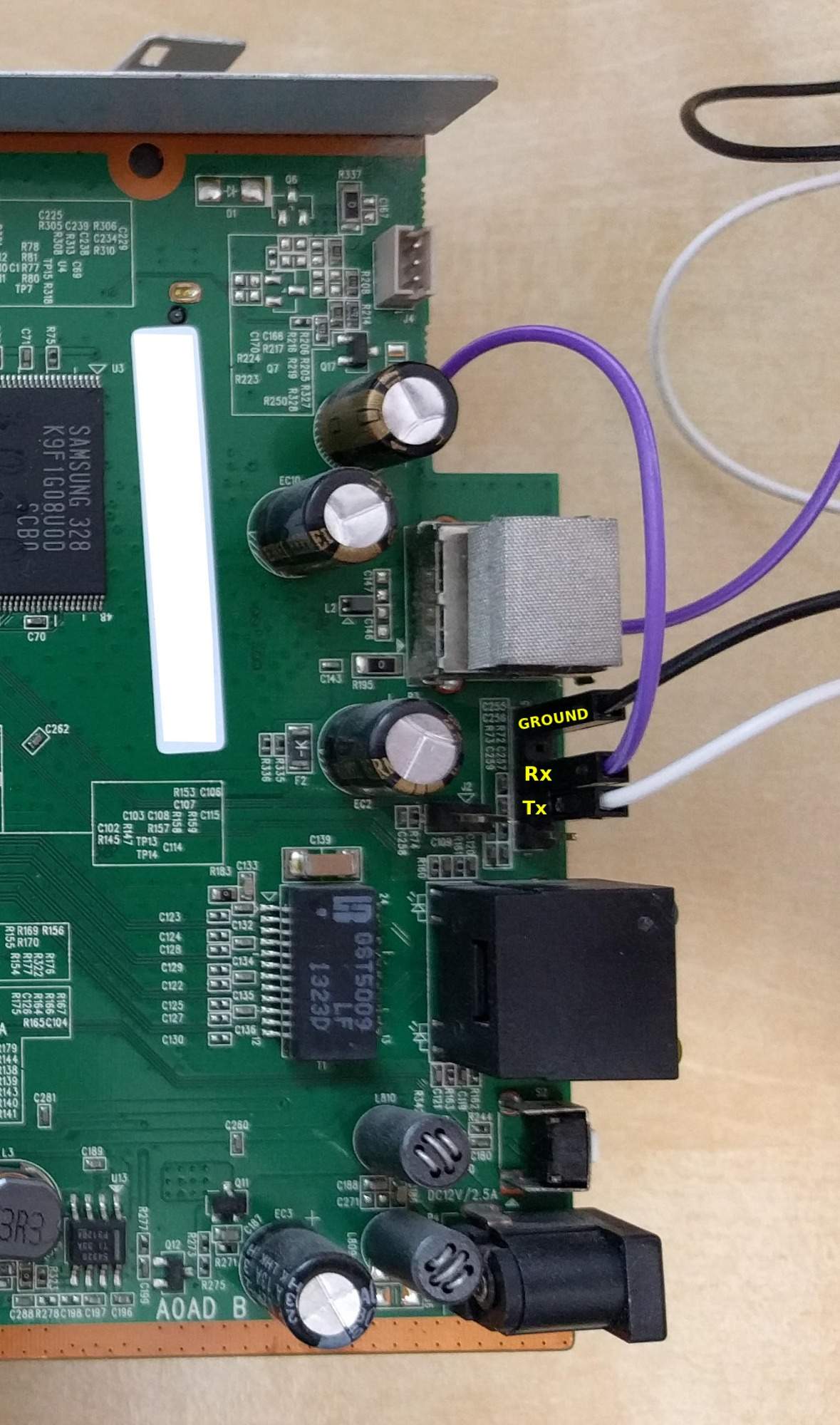