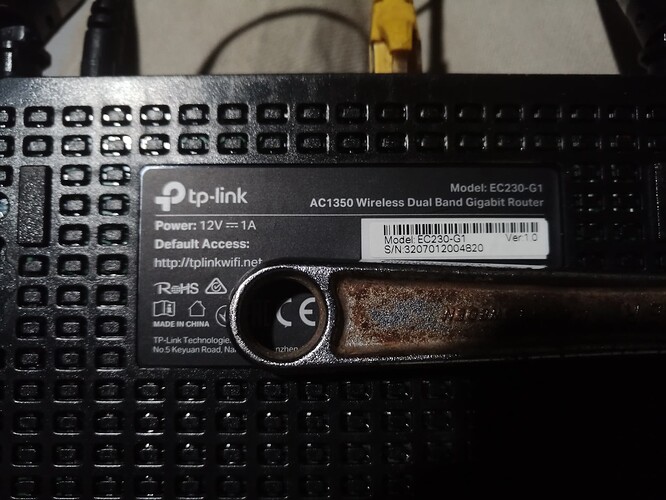 If that's your ISP's device, they probably won't be happy with you flashing it.

It's a unused device I had lying around after the ISP swapped to ZTE routers, and I live in Thailand I don't think they much care.

There was a similar thread on this device a little over a year ago...

Could someone help me with the TP-Link EC230-G1 router? For Developers

Hello, everyone! I am new here and would be very happy if someone could help me. I received the TP-Link EC230-G1 blocked by the company. I found the firmware (unlocked), but I can't send it via TFTP (Windows) using IP 192.168.0.66. Could anyone tell me how to do it? I thank everyone and forgive myself if I posted in the wrong place.

No tech specs on DeviWiki or TechInfoDepot, and still not supported on OpenWrt.

Where did you see a reference to a C6?

I might have been mistaken with the c6 it's just what Google threw at me.ive opened it up and there's no sign of a serial port, SSH is locked out and the main IC seems to be under a sheild with the rest under a heatsink 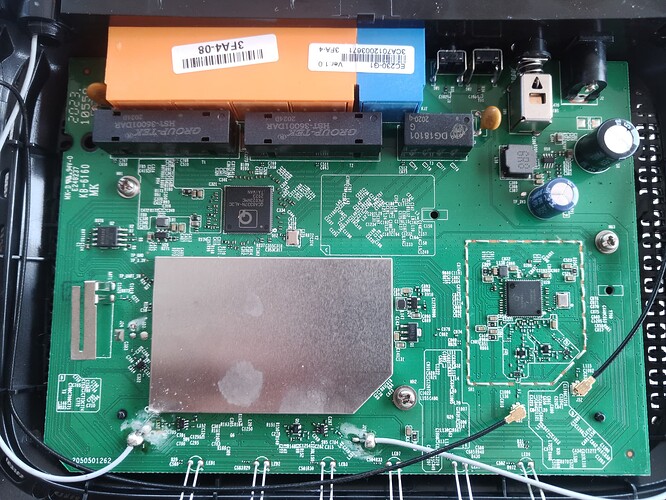 I don't have a rework station to remove the sheild sadly and there's nothing under the Ali pate on the backside.
After looking further it's not named as a C* just Ac1350.

So from what I can see the board is identical to the c6, the issue being the firmware name I guess, tftp and OEM update fail and I have no idea what I'm doing in the telnet.

I've done a port to this device, EC230-G1 in this pull request, though it is STILL not yet merged.
My branch however is still based on 21.02 if you want to build it.

Maybe you, or somebody motivated enough can rebase it to current master

p/p/s: you can pry off the metal shield, it is held by friction.

What is the current status of your work?