Hello! First post and unfortunately it's a help post....
So as the title says, I'm rolling with a WRT32x US version not sure of the version number but I'm giving it a safe bet of it being Version 1. Also the firmware version is 22.03.2 factory img in case I don't mention it later.

So my issue currently lies within LuCi seeming to forget how to run after a few minutes of a reboot or at the very least struggling to run anything basic.
Observed issues are running from excessive load times (upwards of 60-120 seconds) and commonly used browsers are returning Bad Gateway.

SSH works like a charm so I can at least diagnose and adjust things from there thankfully.
Ethernet and Wireless* appear to be working as well.

So far I've managed to pick out several errors on the web ui which has been a mixed bag of "XHR Request Timed Out", "Bad Gateway", and upon using Edge it spat back "/usr/lib/lua/luci/dispatcher.lua:431: /etc/config/luci seems to be corrupt, unable to find section 'main' "
However when opening that particular config file in Nano, seems to be there. 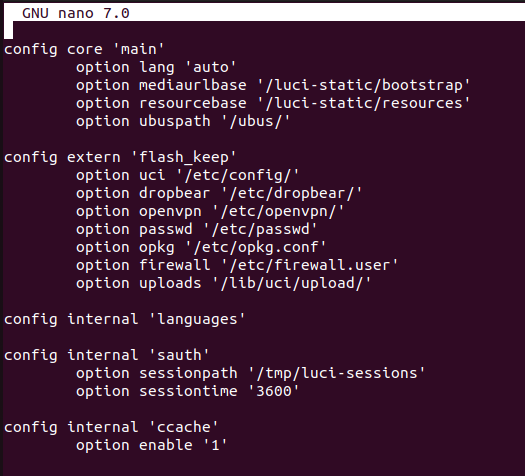 I have re-flashed this router several times to ensure the firmware has installed correctly and it has gone off without a hitch every time.

Did a forum search for the XHR Request timed out issue and adjusted the http_keepalive to 0 as referenced in this post here saved it, rebooted the router, got the same issue as before, and rechecked to make sure the setting change persisted, which it did.

I've been poking around the forum but I haven't seen any posts that describe the issue I'm facing so any advice or information would be greatly appreciated!

When in ssh what does (h)top show for load.

Pretty sure I've seen posts where WPA3's been causing this kind of behavior ... 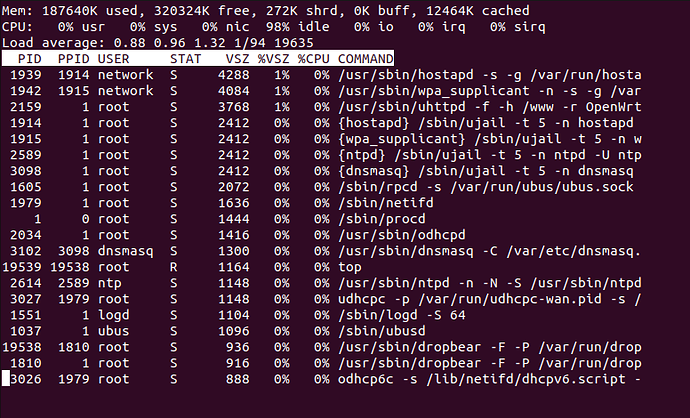 As far as the WPA3 setting goes, I use WPA2 generally but I'll try to take a look to see if any of the radios are accidentally set to WPA3 or WPA2/WPA3 mixed