Hi all,
I'm having some difficulty ssh tunneling properly into my router so I can access lan services. It used to work, but I changed some settings in my firewall that were incompatible with another service I wanted to expose to the internet.
SS's of firewall settings: (see posts below due to image limit for new users)
The following is the only setting I changed that prevented connecting correctly: 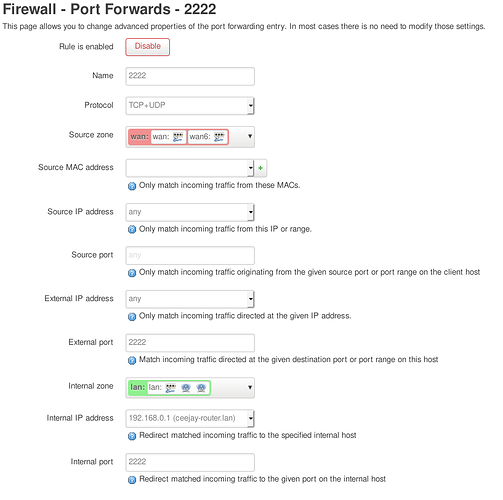 image817×812 54.3 KB
I believe I changed the internal and/or the external ports to explicitly be 2222. It worked as expected before this change, but exposed all ports. 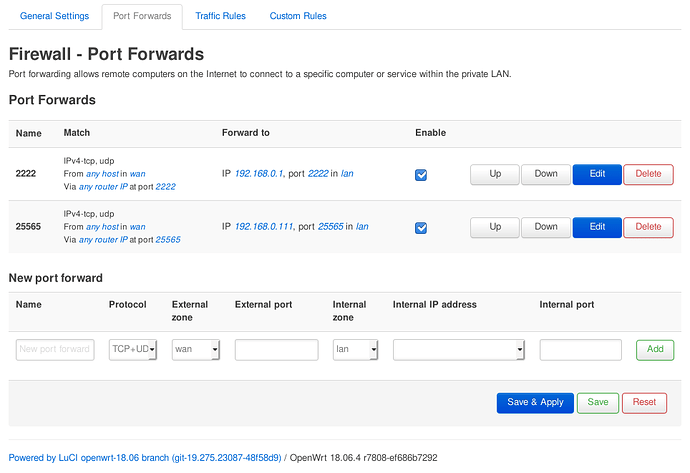 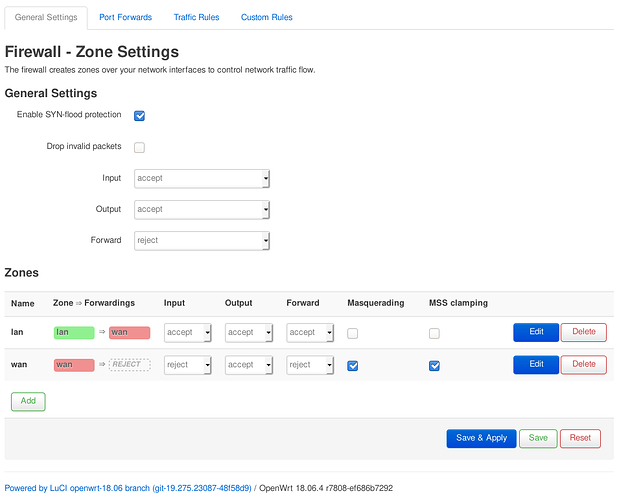 The ssh server runs at 2222. I'm able to connect with -p2222 outside of the network or inside currently. 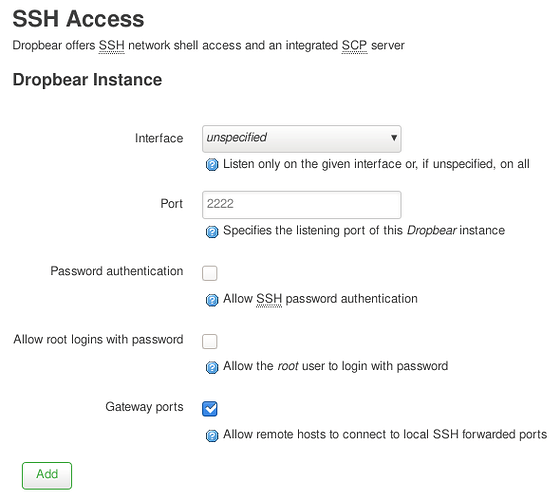 You don't want to port forward, you want to create an allow rule in the firewall for the router itself on port 22/TCP. UDP is not used in SSH.

You can do more than that. Just an idea.

I made the changes.

image958×86 9.5 KB
I also removed any port forwards. I appreciate the SOCKS suggestion and I've seen that floating around, but that doesn't really apply to what I'm trying to do.
Notably ssh -L 8080:localhost:80 with either a lan address or an external address still does not make a tunnel that I can access the web interface.
I'm just using the luci interface as a test to make sure the tunnel is working as expected.
trendy November 27, 2019, 11:33pm #8