[Question] About channels, width and power on Radios

I have a WRT32X OpenWRT 18.06.1 router and I have several doubts about how to optimize channels, width and power for the different radios (802.11ac and 802.11n). My country code seems to be DE - Germany, although I live in Spain and the router was bought through a Spanish retailer.

I want to get the maximum signal within the country limits, as I have a room where the signal is too weak to even browse through it.

I currently have this settings: 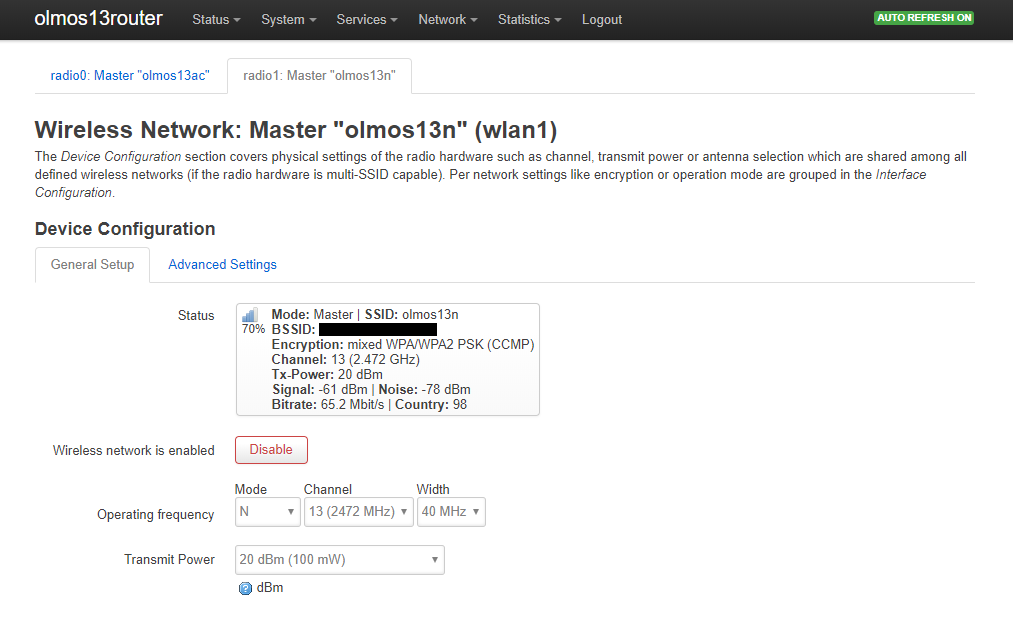 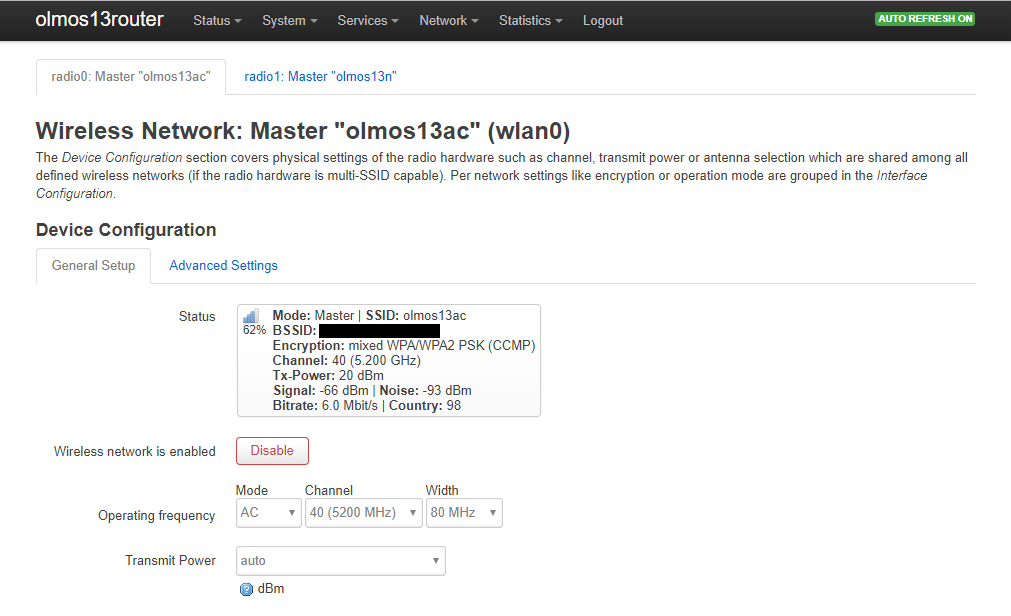 Which settings could I modify to get a signal boost?

I do not think there is much you can do, everything seems fine in that configuration...

Hi there, I have a WRT32X so know a little about this hardware.

As far as I know, all European Linksys devices show up with a country code of DE. The regulations are the same throughout the EU so there's no point trying to change it in software, it's also burned into the chip so you can't change it. Changing the country code in the config can also lead to unpredictable results, so leave that well alone.

Don't run your 2.4GHz radio on channel 13, you should only be using 1, 6 or 11 as the channels in between overlap and cause problems for other people.

You could try operating your 5GHz radio on one of the higher DFS channels. These allow a higher transmit power but are subject to restrictions with respect to airport/aircraft radar. If your device detects radar it will drop back down through the channels until it no longer sees the radar. NB, your radio will take longer to activate once you save and apply settings if it's on a DFS channel. This is because it scans for radar before activating the SSID and it may look as if it's not working. Pull up a console on the device and follow the logs ('logread -f') to keep an eye on what the radio is doing.

I've been unable to get my WRT32X to operate reliable with anything higher than 80MHz channel width, and independent testing suggests there's little benefit running at 160MHz widths anyway.

Thank you both, I will try the 160MHz option for AC. Is there any guide for an optimal configuration with minimal interference between the radios?

160MHz almost certainly won't work and you're unlikely to have many client devices that support. My advice is to stick with 80MHz.

There shouldn't be any interference between the two radios as they run on completely different frequency ranges (2.4GHz and 5GHz) regardless of what channels you use. If your 2.4GHz radio goes down when you set it to ch11 there's something seriously wrong with your system. Have you tried ch1 or ch6?

If you have interference on the band - it won't matter the bandwidth setting, as the clients won't increase bandwidth until the congestion is gone.

See more on the bandwidth setting regarding clients: [INFO] 40MHz misconception on ath9k

Thank you, I will have a look