Is this just lazy speculation? 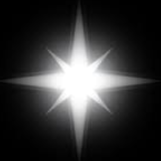 Contribute to mt7615 development by creating an account on GitHub.

Someone on IRC said that at the moment the mt7615 driver is a bunch of quick hacks, but once it's been cleaned up (not clear when) it would make a chance of getting (upstream) support.

I'm not sure what this license actually means though, it seems to suggest this is an 'unauthorised' repository:

Source code is source code. In this thread, I don't hear good things about the source though. Incomplete mac80211 support. Avoid this hardware platform for the time-being.

There's 'source code' that gets you in court and 'source code' that you can use. I'm not a lawyer, but statements like 'unpublished work', 'use of a copyright notice does not imply otherwise' and 'confidential trade secret' all sound like potential trouble to me. Someone posted some Broadcom or Marvell drivers to the mailing list(s) a while ago, it got deleted - because it was code under NDA. Nobody wants to touch that with a stick. That's just a can of worms.

I too have a DIR-878. Once it is setup properly, it performs very well, and for a very low price (when on sale). That said, the stock firmware is quirky and behaves oddly at times.

The router would really benefit from some open source configuration and UI.

The main thing that needs to happen is for the mt76 driver to support the mt7615 chip. Once that has been made, developers will probably look into bringing Lede to these devices.

I posted in the H/W questions thread - does the current MT76 source support the D-Link DIR-882 which is apparently a MT7621AT (Wiki says MT7623)? I realize there's no built source but I'm not opposed to spinning up a VM to build it myself. Just more curious if I should even attempt it based on the unknown whether it's supported/working or not.

@Dekker500 Are you able to provide a boot log from the stock firmware?

I bought a 882 today, didn't want to stay on the limited stock fw so I quickly flashed DD-WRT.
Is that of any help?

And dmesg, on a freshly rebooted device: https://pastebin.com/qXuJAqVb

I realised that dmesg ran out of buffer.
Here's a log taken from serial, including uboot sequence.

What I get from the docs, because the platform is already supported it should be fairly straightforward to get a initramfs up and running, no?

It should yes, but I have no experience myself with it.

This I want to know as well

MT7621AT is the SoC and e.g. the RT-AC57U I own runs on that very same SoC. The mt76 driver only concerns the wireless radios. SoC support is independent from that. You could e.g. buy an mt76 based wireless card (like you can e.g. buy an Intel or Broadcom one) and use the mt76 driver for that card, on an x86 or ARM system.

So you mean the situation is a bit like Broadcom, that we can have it supported by OpenWrt, but it won't have wireless?

This is a really nice cheap 4x4 + 160MHz platform, I hope OpenWrt can support it soon.

DD-Wrt already support it but I prefer OpenWrt

BTW, some people say 878 and 882 are actually the same (similar to archer c5/c7 old version situations), is that true?

https://wikidevi.com/wiki/D-Link_DIR-878_rev_A1
there are a bunch or routers off the same PCB with differing options loaded
the 882 is the same as the 878 but no usb ports loaded
I have cross flashed the Motorola MR2600 firmware onto my dir-878 & it works fine but it's just rebadged

And yes the USB ports seem to be the only difference between both.

the MT7615 is happening have a look at Support for Xiaomi Wifi R3P Pro?
I think what is been waited on is someone with the skills,Time & device to start porting

Mt76 keeps seeing MT7615 related commits, in the 19.07 branch as well (just check the git log of the past few days). Nbd regularly bumps and backports. I don't think the drivers are identical between 19.07 and master anymore (they were for a while), but they don't seem to be far apart either.