NordVPN on OpenWrt seems working, but it's not!

So I recently started using OpenWrt specifically because none of my routers support OpenVPN.
I installed latest version on my Xiaomi 4C router and so far it's been a bumpy road. I'm definitely a newbie in all open source so I would appreciate if you imagined explaining to a not so bright a BRICK.
So here it goes, i have OpenVPN packages install on Luci and uploaded the opvn file from VPN provider(NordVPN) i followed the tutorial by Darius in this forum post(scroll down this link a bit) so far i have the profile there and it seems to connect but when i connect to my router using WIFI I'm still unprotected. i will send some pictures that might help. 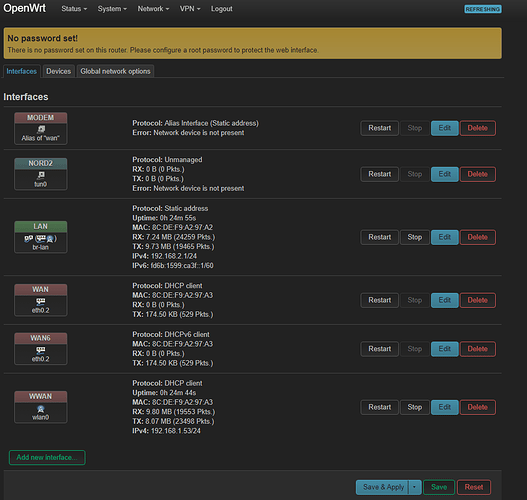 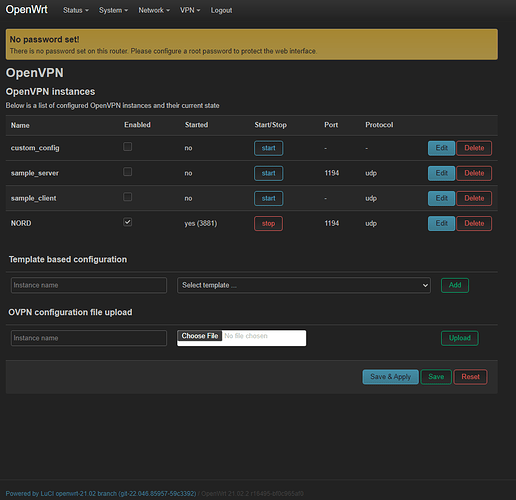 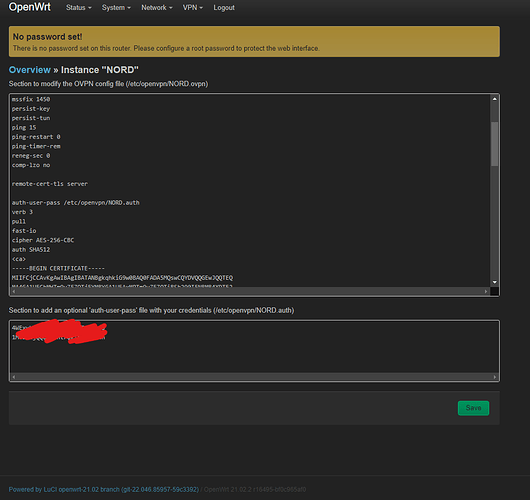 A tiny remark, VPN doesn't "protect" you from anything https://overengineer.dev/blog/2019/04/08/very-precarious-narrative.html

thanks, Noted, but in this case I kinda need to bypass geo restriction.

Yes, then it's a completely different reason for setting it up, and a good one.

Let's get back to the actual problem, who says you're unprotected?

Do you know the tunnel's actually up and running? Tried whatsmyip with it on, and off?

yes, the IP address remains the same even after it's turned on.
and as you can see the data is not being transferred in NORD interface. also it mentions the Network device is not present

Was it in their howto to setup the tunnel as unmanaged?

You might want to compare your setup with ExpressVPN in OpenVPN on OpenWrt - SUCCESS!

it actually did. specifically mentioned to put it as unmanaged.
I'll take a look, but I'm not much familiar with SSH command lines, i did almost everything in web interface.

The VPN is showing "network device not present" which probably means that the connection to NordVPN has failed. Restart the OpenVPN service and read the system log to determine the cause of failure. The tun0 device will only exist after the VPN client has fully connected to the server.

Making a dummy unmanaged network to hold the VPN tunnel is now unnecessary since newer versions of the firewall code can attach a zone to a network device (such as tun0) directly.

The whole configuration file for Nordvpn is not visible, but if you didn't make any mistake during the copy-paste, it should work. The other thing to verify is if the tun module is loaded.

Also there is a guide in the wiki, with troubleshooting commands at the bottom. Run them to get a better picture.

Making a dummy unmanaged network to hold the VPN tunnel is now unnecessary since newer versions of the firewall code can attach a zone to a network device (such as tun0) directly.

I still find it useful when it comes to route manipulation so it doesn't hurt to leave it one. You can also see the in/out bytes.

i cant actually make anything out of this. 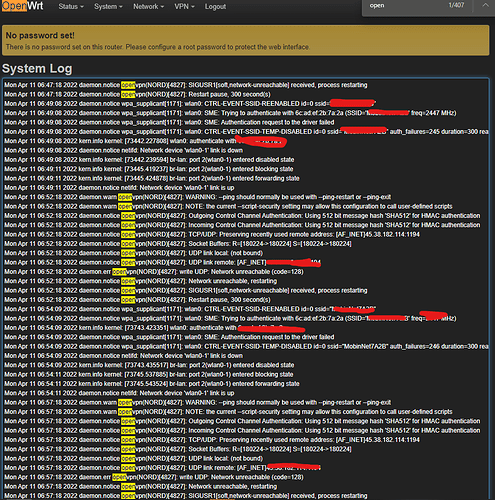 That's fine, we can. OpenVPN complains in the logs that network is unreachable. What is the output of: ip -4 addr; ip -4 ro list table all; ip -4 ru ? No need to upload screenshot, you can copy the text and paste it here in preformatted text (the </> button).
Also try a traceroute IP_OF_OPENVPN_SERVER ; ip -4 route get IP_OF_OPENVPN_SERVER

Sorry, I can only help to configure using CLI. Please, write, if you are ready.

I am having the same problem.

I'm pretty new to this but am learning the hard way. Any insight would be greatly appreciated.

use the </> button when pasting cli output , it's unreadable.

I don't know what that means or how to do that. Sorry.