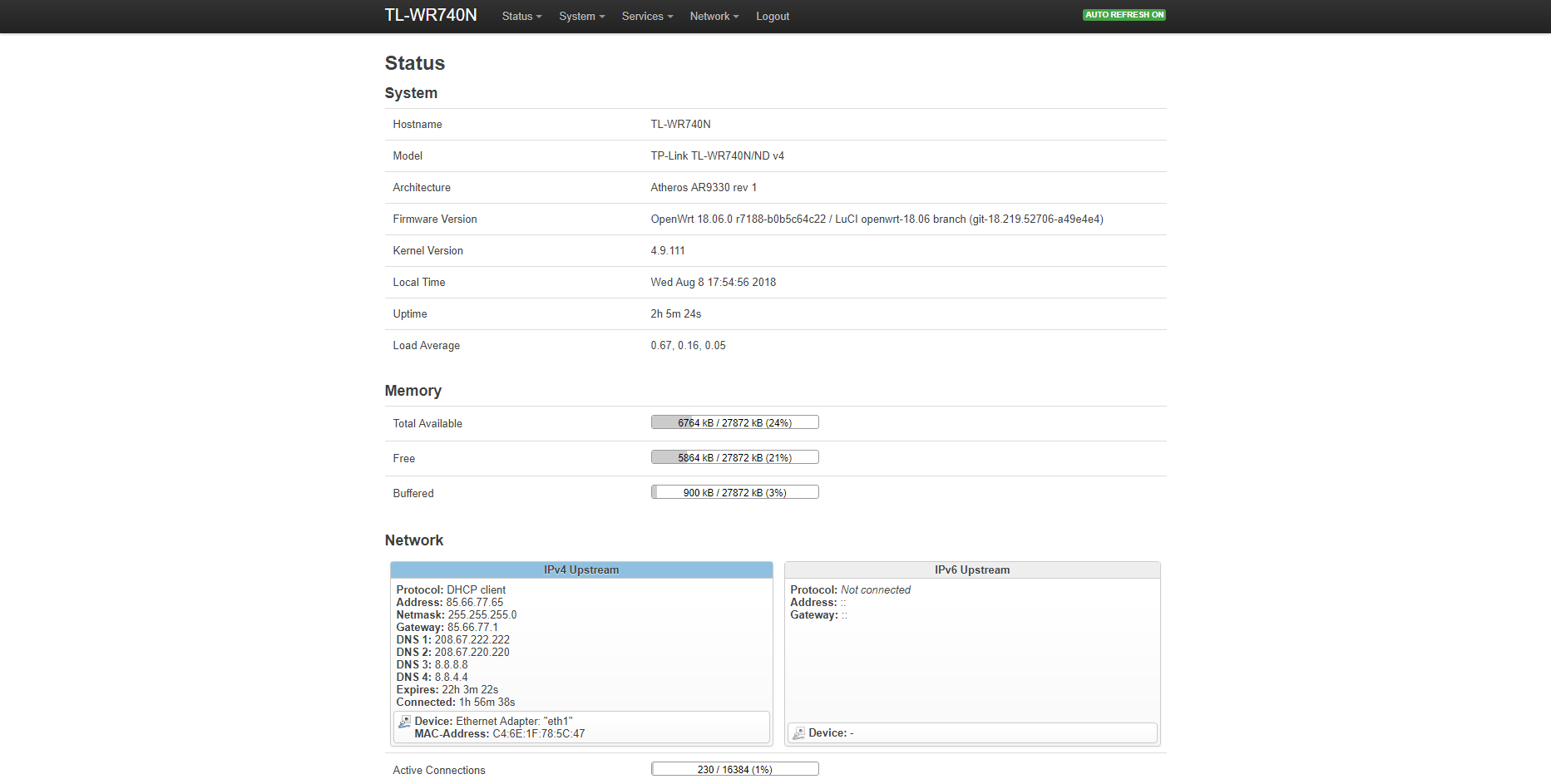 Please add a warning that people should not use your build on WAN facing devices. You did remove the firewall after all.

Edit: it seems you don't need the firewall packages to still have a functional firewall. I stand corrected.

I'm sorry I just read the iptable=firewall. I upload a new one that already have.

Actually AIUI iptables command line tool is not necessary for OpenWrt firewall configuration to work. OpenWrt fw3 uses the userspace libraries that iptables cli also uses to manipulate the kernel firewall, from what I understand. So the firewall is actually still there in OpenWrt with only luci-app-firewall and not requiring the iptables and iptables6 packages. I wonder oi @jow could confirm?

Correct, neither iptables nor ip6tables is required for firewall to work. However when you remove IPv6 related firewall components you should also embed a custom sysctl snippet disabling IPv6 completely to avoid accidentially exposing WAN to the IPv6 internet.

So there was a firewall in the previous build, as I thought for the first time?

But as jow says you need to add the sysclt snippet since you're removing ipv6.

How much flash memory is available?

One thing I wanted to point is the IPv6 is increasingly important and it is difficult not have it in for a modern broadband connection so wanted to find out if you have tried to include it even removing other parts as usb, pppoe and opkg for example and it it then fits in the 4MB of flash.

Another thing I wanted to find out was how stable it was running18.06 in terms of CPU/Memory.
As a comparison I have tried 18.06 and 17.01 on a older WRT160NL also with a 400 Mhz CPU (older), 32MB RAM and 8MB flash and although they boot up and work fine after some time and access to either LuCI or SSH it starts to become very slow until the point of stopping working including for traffic forward. The version which it became stable again for that case was 15.05.

hi, I need wnr1000v2 vc with pppoe and without firewall or ssh open on wan port.

[image] The NETGEAR WNR1000V2/VC was one of the most widely-distributed "free" routers from Comcast and was given to hundreds of thousands of customers in the United States. I've also built images for the WNR612v2, WPN824N, WNR2000v3 which are very similar to the WNR1000V2. These are old 4/32 routers that are still capable of basic networking tasks and work very well as a dumb access point. I've been running OpenWRT on it for the past three years and it as reliable as the venerable Linksys WRT…