Linksys WRT3200ACM as a wired router

I have been looking for a powerful router to try out OpenWRT for the first time and have ordered the Linksys WRT3200ACM, based the the performance of its CPU.

From reading the forums I saw the WiFi chipset is no longer supported, however I am planning to just use it as a wired router.

I just wanted to see if people thought the WRT3200ACM was a good choice as a wired router and likely to be supported for the long term? Or is it likely/possible other elements of the router will be come unsupported as well?

The wired side of the wrt3200acm is supposed to be top notch, up to 1 GBit/s linespeed (SQM is another matter, as I don't own the device in question nor a 1 GBit/s WAN connection, I can't provide any estimates about that, but it's still supposed to be rather good). Its wireless capabilities are also good on paper, but the driver/ firmware not being maintained anymore (which doesn't imply that it suddenly ceased functioning, but the known defects (of which there are plenty rather obvious ones) don't have any prospect of getting fixed).

So if you have a wrt3200acm, it should work pretty well as a wired router. But if you haven't bought one yet, it feels rather hard to justify the expense considering the state of its wireless side in comparison to x86_64, the RPi4 or maybe even the nanopi r2s (or other mvebu devices without wireless hardware (e.g. solidrun clearfog) or e.g. the Turris Omnia); respectively betting[0] on the future with ipq807x (not supported by OpenWrt yet, but it's not looking too bad for the intermediate future). What to pick depends a lot on your requirements (WAN speed, expected services to run in addition to plain routing, existing wireless infrastructure) and your budget/ rough location (prices and availability differ a lot between North America, Europe and Down Under).

--
[0] at this point, it's indeed a gamble how support for ipq807x devices will pan out exactly - or when to expect reasonable support in master, if you'd go this route, you need to be prepared to take the long way round and accept the potential for failure.

Thanks for the comprehensive response slh.

I did consider the options you mentioned:

x86_64: I really wanted a lower power arm solution as it will be on all the time
RPi4: I was tempted by this, but really don't want to relay on a USB ethernet adapter for my primary internet connection, and don't really want to go down the router on a stick route.
nanopi r2s: This looks cool, but it doesn't seem easily available in the UK, also it doesn't seem to be supported in stable yet?
solidrun clearfog: Unfortunately I cant see anywhere that stocks it in the UK
Turris Omnia: I would love to have a Turris Omnia, but it cost double the amount of the WRT3200ACM in the UK
ipq807x: I am really looking for a router now that is supported in stable

Thanks again for your response, its really helpful to hear other peoples opinions on this.

x86_64: I really wanted a lower power arm solution as it will be on all the time

This is just a matter of choosing well. My six year old Atom 'Celeron' J1900 (used as a small server with spinning rust, not as a router though) sucks 6 watts from the wall while being mostly idle (up to 30 watts under artificially high usage). Many modern highend wifi routers easily require 15-20 watts for being idle.

hi,
i have that router for well over 18 months and just updated to openwrt-19.07.
very happy with wired and wifi.

in my testing, pi4 is a nice toy and using a usb dongle is a no go for me.

you might want to check out gl-inet, they have cheap arm routers with openwrt.
they have a good support forum.
i use their usb-150 micro travel router

I have a WRT32X which should be a WRT3200 in a different color case. It is very good in a wired role. The wifi is still useful as a basic AP to serve a few users if you aren't needing advanced stuff like WDS or mesh.

It does use close to 10 watts of power. There are x86 boxes that are lower than that.

WiFi chipset is no longer supported

can you share the links where you read that?

Here is the official repository for the wifi drivers; 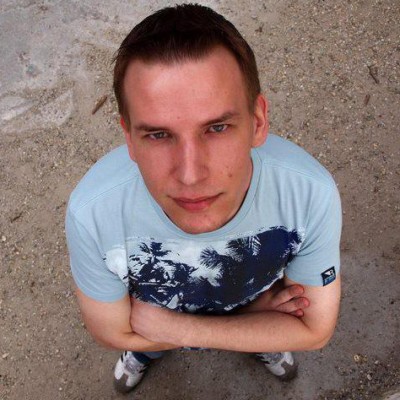 not sure what you mean but official,

the wifi driver from the manufacter?
or
that wifi dritver is what openwrt uses?

I meat the wifi driver shared by the manufacturer and used by OpenWrt.

Interesting, I guess its an unfair preconception of mine that x86 is more power hungry.

I have ordered a WRT3200ACM for £120 from Amazon Warehouse, I did have a look for X86 firewalls but couldn't find any for much less than £200, at least in the UK. If anyone happens to have any suggestions of any X86 firewalls that are close to £120 please let me know.

for many years, i have used a cheap old x86 computer and i added a dual ethernet pci card.
i run pfsense on that and it works well on my gigabit wan connection.
but you could be a single ethernet pci card for $15.00

Thanks, good to know the WiFi is still reliable for basic use, useful to have in case one of my other APs goes down for some reason. I don't think I would need WDS or mesh.

for what is worth, i would not buy the wrt3200acm again.
too expensive, too big, as compared to the many other openwrt compatible routers.

Unfortunately I cant really get away with cheap old x86 computer with pcie ethernet card, as don't have space for it near the modem, also might wife wouldn't be very happy with me trying to install that, whatever I end up with has to be fanless and "router sized" unfortunately.

for sure, the wrt3200acm is a great router, very powerful but for my small apartment it is overkill.

sorry, i could not recommend a router, not knowing your use-case and even if i did, not an expert about openwrt routers.

gl-inet makes a bunch of cheap openwrt routers and have a very good support forum.
i use their usb150 travel router.

Not sure of pricing over there, but the H2+ is probably worth a look.

TL;DR: the wifi can be sensitive to various devices (which is not uncommon between various routers and specific devices for some reason) and fortified ROMs may degrade the wifi speed. However the wired connection to the router never let me down.

My access point is a WRT3200 ACM and I bi-weekly flashed fresh fortified custom ROMs prepared by Davidc502 (https://dc502wrt.org/). At some point the wifi performance started to degrade to a point one week after a fresh ROM that it was crawling only with 2-3 Mbps. Since my wife teaches remotely in the COVID era I first measured the speed from various devices and confirmed the degradation. Then I spoke with COMCAST support where after several rounds I tried the wired connection of the router which worked flawlessly. That's when I realized that the wifi portion of the router is doodoo. I started to roll back earlier ROMs and after going back 2 releases earlier the Wifi speed is acceptable (60 Mbps, while the wired is 110 Mbps, while I have 100 Mbps COMCAST). On top of that my full time machine is a Linux laptop, I have various Android devices, dozen of smart devices (printer, scale, cameras, etc), everything is happy. But my wife's issued laptop does not like the wifi router. So I pulled out an UTP line to the table where she sits and that solved all problems.

Now with the large changes of LEDE I'm not sure when I'll ever try a new fortified Davidc502 ROM...