I believe I have made a big mistake.
So, I Had openwrt installed on my Tp-link Archer C2, and I decided to flash the stock firmware through TFTP, but, lucky as I am, electricity goes out, and after that Everytime I power on the router, nothing happens, only a led flashes once, but the serial gives nothing, absolutely nothing.

Am I doing something wrong?
What could've happened?
If it is the bootloader can I flash it through JTAG?

flash the stock firmware through TFTP,

Edit:
Ah the stock firmware yes it might have the bootloader... I don't know.

Are you very familiar with JTAG already? If not I suspect you are better off shopping for a new device, unless you are looking for a learning project and prepared to spend a week or something

Yes, I'm studying networking s this kind of knowledge is intersting to me.
Could you teach me how to do it? or at least redirect me somewhere where I can learn?
I searched a bit inline yesterday but found next to nothing.
I already have a UART and all the original firmware so I believe I'm ready to start the process right?
Thanks!

If i remember correctly, pri is the command to know the file locations. I mean when you are in u-boot you can use pri command to see from which location of memory the sections are stored which are u-boot, kernal, rootfs etc. you will need a lan cable to send the files to the router. use tftp to send the files in the router. then delete the old file and copy the new files to the location. "pri" will probably tell you the whole process with command example i guess.

But when I turn on the router it shows nothing, not even a single line so I can't type any command, I have no idea of what's going on.

You will have to use uart. You can get the cable with uart to USB and use it to get in developer mode.

I have a UART adapter connected to the motherboard but when I power on the router it shows nothing.
If I'm doing something wrong tell me what to do please

okay that should not happen actually if the led is blinking i think it should work(atleast show something) which software are you using, use teraterm and let me know.

The led isn't blinking, when I turn it on it blinks once and then goes off
this is what I see in teraterm is nothing it shows a blank screen

yeah, that's pretty heavily bricked, unless you just don't have a proper connection to the serial headers. Did you at one point have serial connection that used to work? If so and nothing changed with the physical wiring, you're pretty much in JTAG territory and I'm not the person you should talk to about that. Hopefully someone with deep hardware knowledge could get you started.

If you've never seen anything from this serial port, even before trying the failed flash, then it's possible you just have cross-wired something or shorted something or similar.

Damn, I thought it was bad too...
It used to work, but now shows nothing.
Thanks for the help dude!

I hope you have proper settings for serial port setup especially speed. in most cases it should be 115200

The basic way JTAG works is you kind of send instructions about which voltages on which pins to turn on and off, so you need some software that will translate the goal of "store this sequence of bytes into these locations in flash memory" into a set of instructions about turn on and turn off certain pin voltages... It's not trivial.

If it is the bootloader can I flash it through JTAG?

According to the Archer C2 techdata, JTAG is not available.

If there's no JTAG I can't recover the router?
or is there anything I can do?

Pretty much bricked. You might theoretically desolder the flash chip, program it, and resolder it but the truth is no.

get a SPI programmer and reflash it without desoldering

Is it really worth buying a spi programmer for this router? What do you think?

if the specs from wikidevi are same on your device then yes, if not and you happen to have NAND storage then no

Is this one good enough? 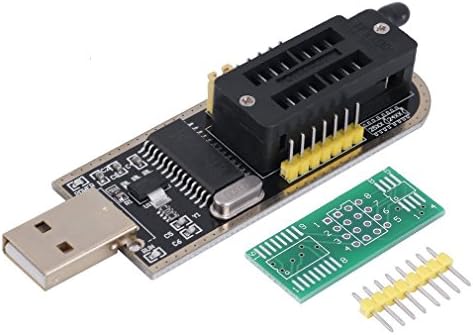