Error when attempting to setup a separate subnet on physical port4 under 18.06.1

Under 17.01.5, I was able to have the physical #4 port on my R7800 connect a wired device to my guest network. I updated to 18.06.1 today and am trying to setup it the same way but when I when to Network>Switch and added a VLAN and attempted to configure it identically, I received this warning:

I was reluctant to apply the unchecked option.
@lleachii helped me setup this configured initially in this thread. 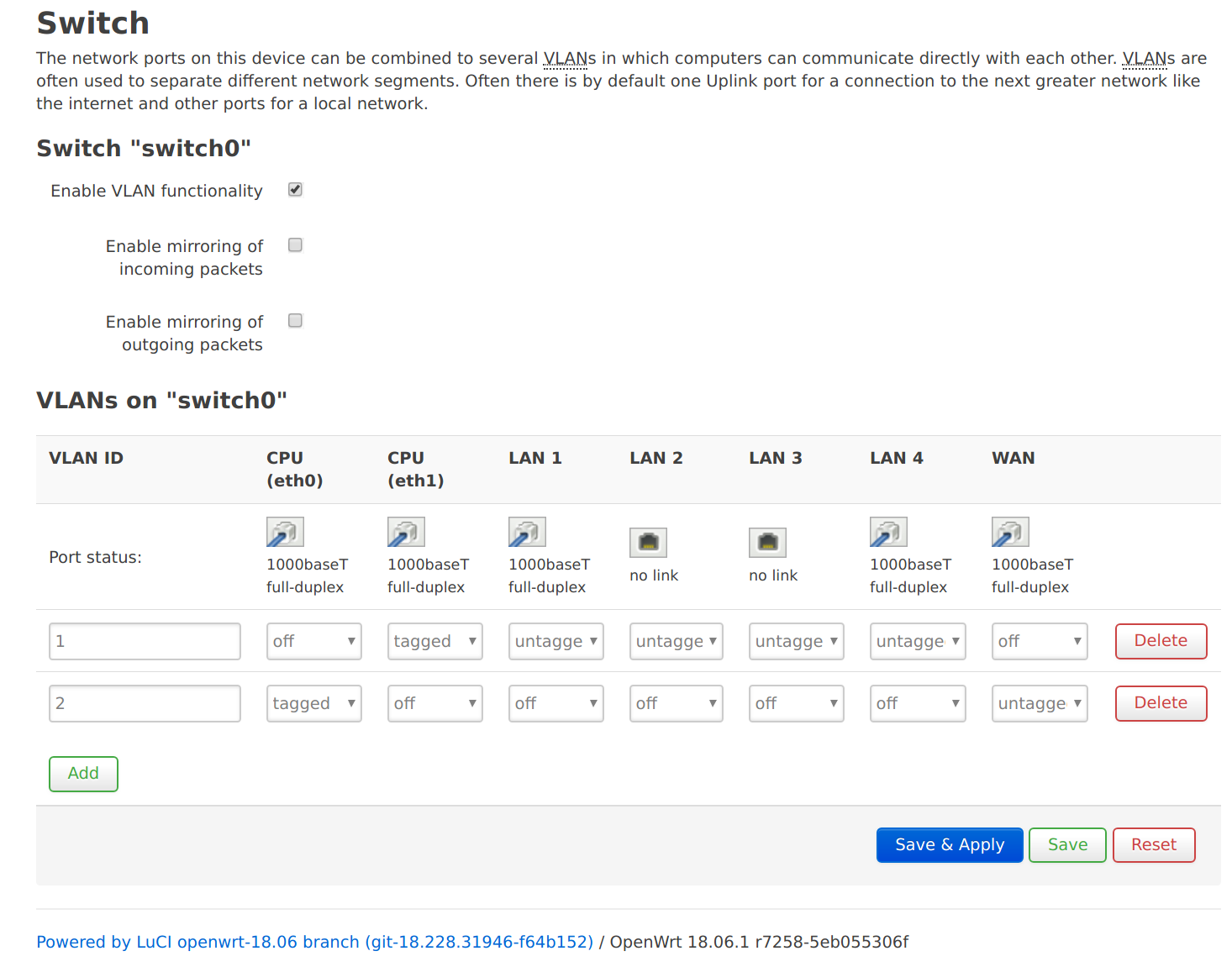 Screenshot of my attempted configuration that give that error Network>Switch state:

Configuration on OpenWrt to allow a wired device access to both the "LAN" and "Guest" zone?
Semi-isolate a device in a network
mpa August 25, 2018, 7:37pm #2

From the configuration in your screenshots, I would expect these effects:

Is that what you want to achieve?

How did you connect to the router for changing its configuration?
You could manage it over WLAN to be independent of the current switch set-up.

@mpa - Thanks for the reply. I used LUCI to setup.

I noticed that 18.06.1 uses different settings for the "physical interface" than 17.06.5 did which might be part of the confusion on my part.

Yes, understood. I just wanted to be sure about the difference between the screenshots and your stated goal. I suggest the following:

Thank you very much for the reply. You advice worked perfectly. I am now setup as expected.

I am really impressed with out easy the update from 17.01.5 --> 18.06.1 was and how robust everything is. Great job to all the developers and other contributors.

For reference after setting the physical port to eth1.3: