DHCP set up on lan as follows: 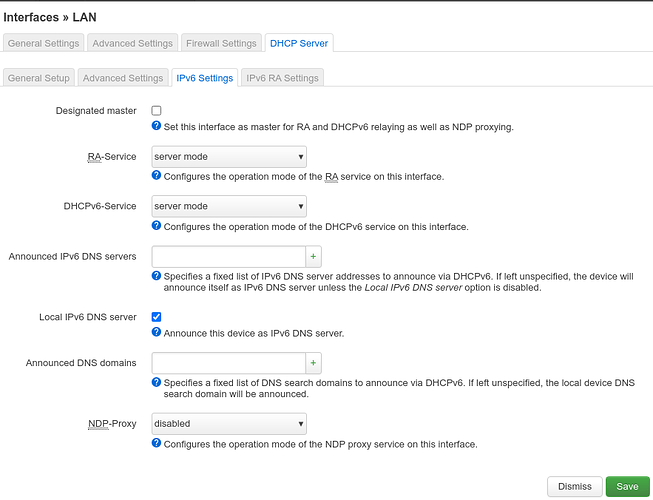 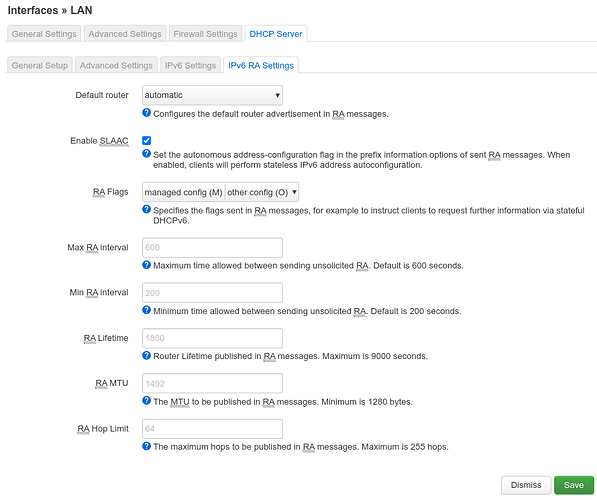 LAN Clients also seem to be happily picking up addresses on both the 2001:...::/64 ISP delegated, and the fdd9 SLAAC, however they don't seem to be receiving 2001:FFF:HHH:GGG::1 as the default route. All works well if I add routes:

Any ideas what I may be doing wrong to prevent the RA sending its address as the default route? Using MWAN3 for v4 traffic if it makes any difference, although would rather just ignore this for v6 (Have set a default V6 rule to go straight ahead and use the WAN_AA_6)

IPv6-PD clients will not get gateway?

Not sure this is it (un?)fortunately - AAISP seem to work straight off the bat with the EdgeRouter on Stock, so presumably working in that regard.

Is the RA from the OpenWrt acting as server dependent on the upstream ISP?

Is the RA from the OpenWrt acting as server dependent on the upstream ISP?