Hello,
Il use OpenWRT with my Linksys Archer C7. I have the last firmware.
I want to block Discord because my son cannot stop using it at night.
I try to block it by a firewall rule blocking any protocol. It doesn't work. Internet is blocked but not Discord; what can I do?
Regards.

Easiest way setup second WiFi, for your son, disable it at night.

Which you can do on the Archer C7 by adding a second SSID, without needing another router.

You'll want to remember change passwords on the "old" SSID, since he'll probably figure out pretty quickly to log in to that one if it is the one that is up when "his" isn't.

If the problem is wired, then you'll at a minimum need to set a fixed IP on his machine and block that IP address. If he's smart, he'll set a static IP on his machine, so you'd need to get him on his own VLAN and own physical cable (since, like IP addresses, VLAN tags can be set by the host).

Hello,
Jeff, rj-45, thank you for your answers!
I don't use WIFI. My son talk on discord via his computer connected by Ethernet.
I have create a rule like this to cute connection from 22h00 to 09:00 from Monday to Thursday :
A print Screen: 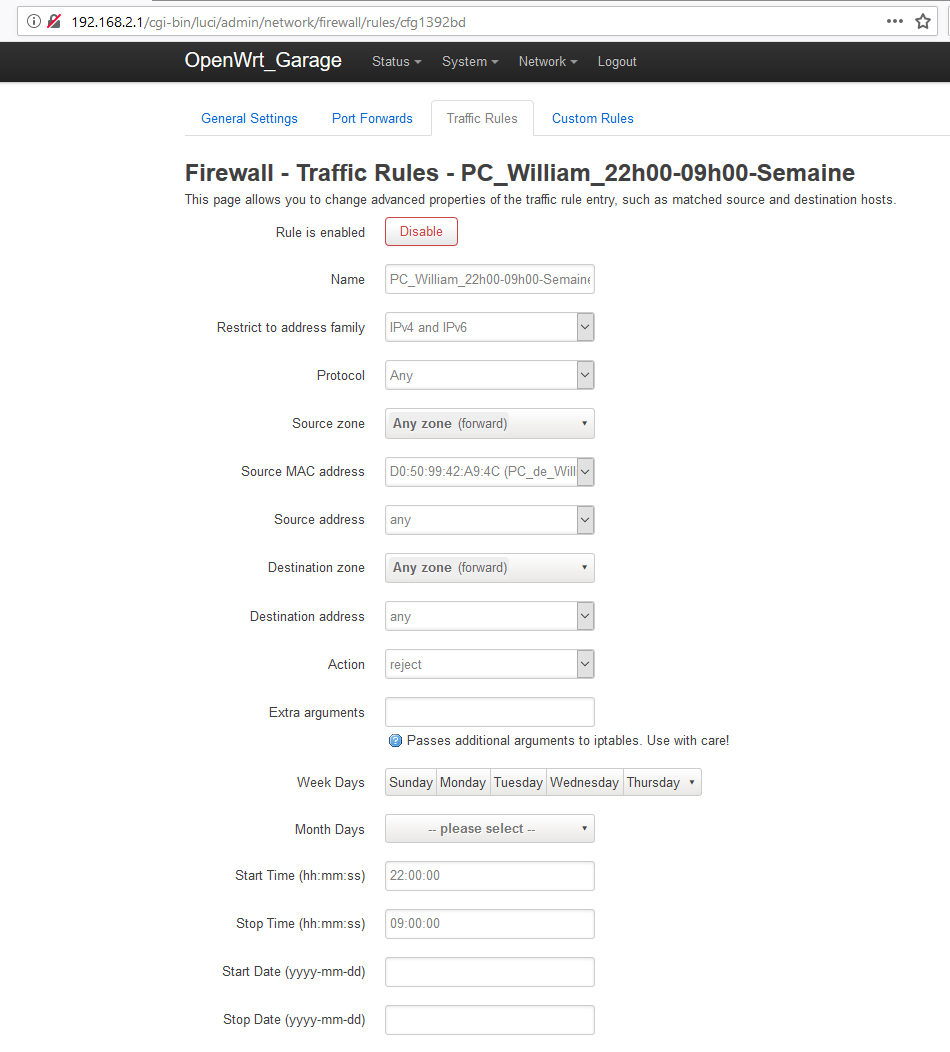 The rule in a file :

Internet is cut at 22:00 but discord still works.
What can I do please?

Internet is cut at 22:00 but discord still works.
What can I do please?

Hello,
Thank you for your answer IIeachii!
I will try but can you explain to me how can I do this automatically?
Regards.

Is required for time based iptables rules do you have it installed? 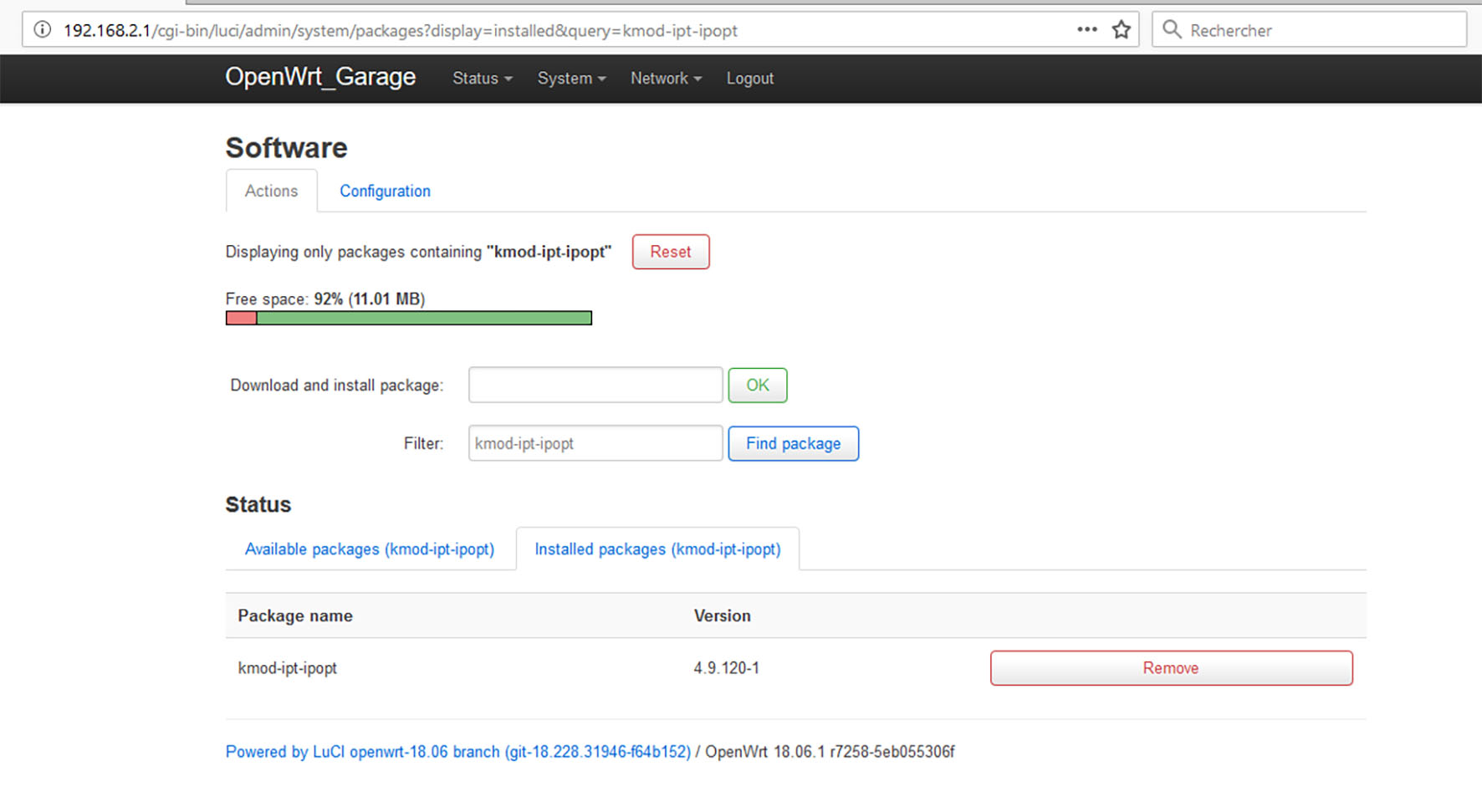 Time based rules in Firewall works to block intenet acces (online games for exemple) but not for VoIP like "Discord".
Have you any idea. Perhapps I have to configure something on the package "kmod-ipt-ipopt"?
Regards.

I tried with my router to block traffic from a host and for existing connections (ping some host on the wan side) the traffic wasn't blocked but it wasn't possible to start new connections.
So there must be a way to stop the traffic from the host?!?

the traffic wasn't blocked but it wasn't possible to start new connections.

Can you clarify this statement?

I think this may be the same reason I advised the OP to restart the firewall.

I made a scheduled firewall rule that should block pakets from one host (host a) in the lan zone send to one other zone, in this case the wan zone

from that blocked host a I started pinging host b (a host in zone wan) before the scheduled firewall rule starts
these ping pakets are successful, even after the firewall should block it
when I try to ping host b from host a in the blocked time frame no pings were successful

Correct. It was Established/Related traffic prior to the rule taking effect!

okay, than I think this is the "problem" with discord. the discord session was established before the firewall blocking time frame.

Is there a way to "reset" firewall. In my case

on the other hand, I thought that every ping is a new "session" so that the firewall has to look into every paket?!?

What does reload do?

on the other hand, I thought that every ping is a new "session" so that the firewall has to look into every paket?!?

Nope, you're forgetting the sequence number of the pings.

And we're not talking about "sessions," that's only a close synonymy of Established/Related in the case of TCP.

What does reload do?

And we're not talking about "sessions,"

I know that, that is why I put the word session in question marks

Hello,
I'm glad to see that some body talk about my problem.
But, I'm French, I don't understand very well; do you have a solution for me?
Regards.

Somehow getting the rule to be executed before the check for established/related traffic would work but it will require some looking carefully at how and where to put the rule.