Hi, can you suggest me the best router that I can use with openwrt as the only system, with all functions available and without major bugs? I've got a budget around 50€.
What routers should I consider?

I'd suggest this as well, with the additional note that devices with less than 256 MB RAM (basically only the ASUS RT-AC58U) should be avoided, dual-ath10k devices need more than 128 MB RAM.

Below 50 EUR you can basically only find mt7621 devices (and you have to order directly from china/ have fun with customs to get below that mark) or older/ entry level ar71xx/ ath79 designs which are artificially cut down (only 100 MBit/s ethernet, etc.) to remain 'cheap'.

..or espressobin if you don't need wifi.
https://www.amazon.de/gp/offer-listing/B071KVKQ1Y/ref=dp_olp_used?ie=UTF8&condition=used - 63 EUR etc

I would say Linksys WRT54GL seems close enough to your budget, check it out.

I'm just saying it based on his budget, of course there are many better options but they also increase the price

OK, to be very clear -- a Linksys WRT54GL is completely unsuitable for use at this time, at any price.

Good- and excellent-quality routers with current chipsets, with at least 16 MB of flash and at least 128 MB of RAM, which should be considered as absolute minimums for purchase of devices by non-experts, are available starting at ~US$20.

Considering a ~70€ of budget what are the most reliable routers? I'd prefer a stable and great development support for openwrt above other aspects. I can reach ~70-80€ if necessary for this purpose. Any other advice on model is always well appreciated.
Thank you.

I just bought a Netgear R7800 from the local craigslist for 75 euro. I can recommend to search for second hand devices, saves a lot of money

I have a ZBT-WE1326 - Easily obtainable from AliExpress for example - https://wikidevi.com/wiki/ZBT_WE1326

It has a USB port, mini-pcie, sdcard slot and sim slot. It has a nice web based recovery system if you brick it somehow.

I needed 4G connectivity and gigabit switch/ports so this was the best solution. I just couldn't get the 4G led to blink on this. That is the only bug I can tell about. Perhaps another is that I could not get hardware encryption working but that may be my fault

What you will do with your router exactly?

update: only ea6350 v3 is ipq4018 as pointed out by @shifty. v3 has been available since Aug 2016 according to wikidevi - it seems unlikely Amazon UK would still be selling v1 or v2, but I suppose there is a chance ebuyer may be disposing of old inventory, but fwiw ebuyer did have similar offer almost 11 months ago. Amazon UK are out of stock but are accepting back orders.

update 29 July 2019: My ea6350 I ordered from Amazon UK for £34 finally turned up after 3 weeks. There is nothing on external LInksys packaging to indicated it is a 'v3'. The underside of the actual router is labelled 'ea6350v3'. 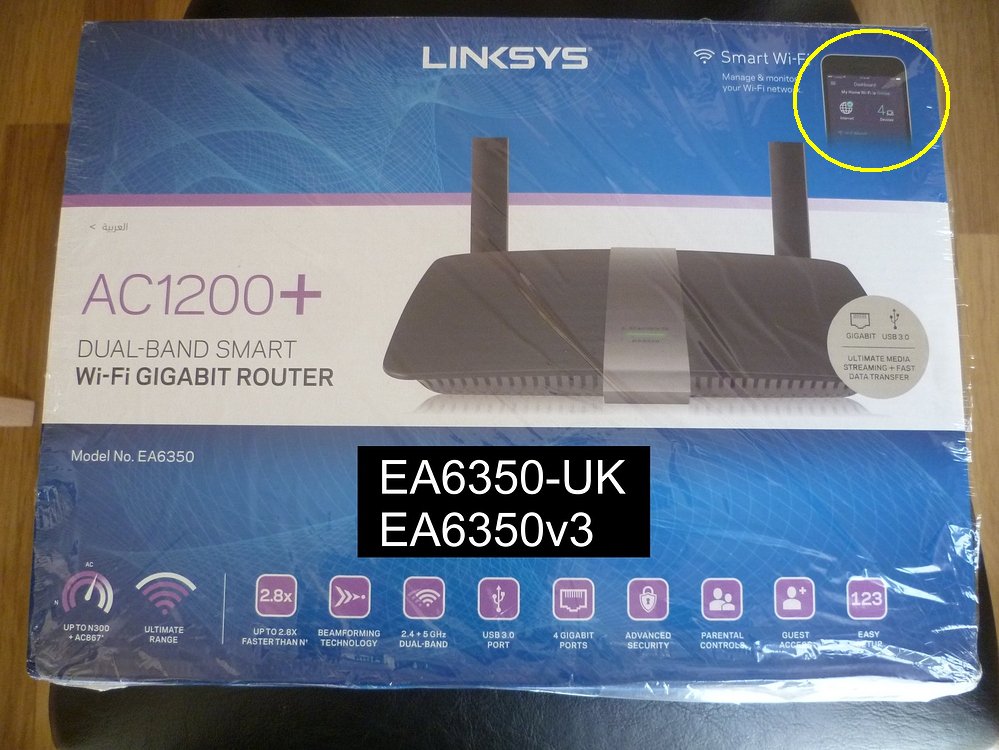 A quick google seems to suggest the earlier EA6350 v2 is supplied in a similar style box, but it has a darker blue colour scheme. The image of a smart app in top right corner is also slightly different. Here is a screen grab from December 2017 youtube video 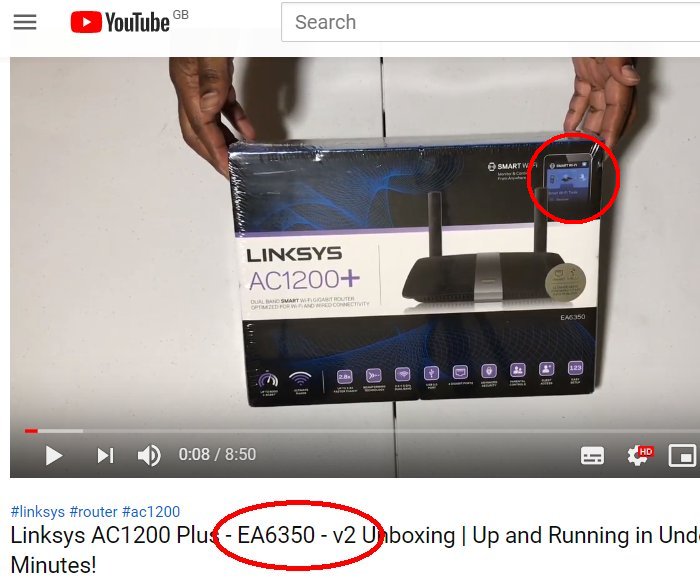 Below is another EA6350 v2 in revised packaging which looks 'almost' the same as EA6360 v3 packaging, apart from the smart app image in top right corner of the box.

@bill888 That looks like a good device even without discount. Perhaps I should have gotten that

but I like to have my LTE modem inside the device.

While 256 MB is still very reasonable RAM, prospective purchasers should be aware of

I'm a software engineer of ZBT company.Our products WE1326 and WE3526 memory has been changed from 512MB to 256MB.Pls check commit cf8406a and 7841905,and modify the corresponding dts file.The follwing is the code that be modified and tested.

v1 and v2 still use single core Broadcom. And currently, OpenWRT development for EA6350 v3 is still in snapshot, not stable yet.

Would anyone be prepared to work with me to support this device? I have found the following about the device internals. I would be happy to build a serial cable for it and open the device if someone would assist in building a specific firmware. I'm relatively tech savvy so I hope I wouldn't be wasting anybodies time! The router is quite new hardware (2016) with a low price in the UK of about £40 so would be an attractive Open WRT option I think. FCC ID: Q87-EA6350V3 Qualcomm IPQ4018 ARM Corte…

While 256 MB is still very reasonable RAM, prospective purchasers should be aware of

I don't understand why they reduce the memory. I bet it costs 20cents more to have it 512MB instead of 256MB. It should be illegal to make smaller memory module then 1GB.

fwiw, Amazon UK appear to have stock of EA6350 (presumed to be v3 model if identical to the one I received last week) at £33.48 for immediate delivery, price matching ebuyer.com. Amazon UK can deliver to Europe for nominal charge btw. 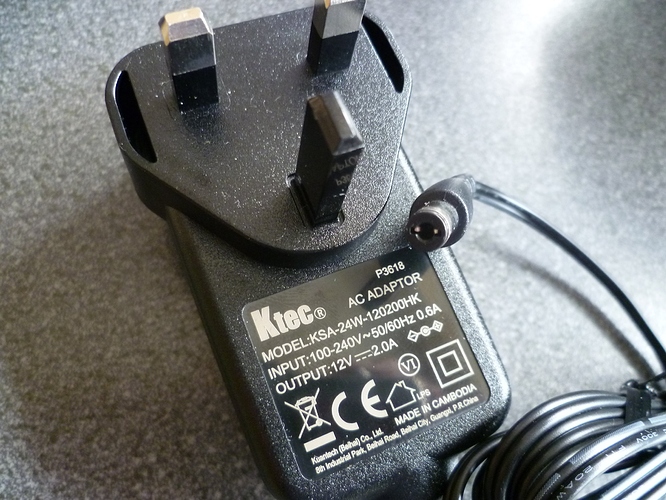 A "Class VI" adapter is reasonably efficient. With the cost of electricity here (US$0.30 per kWh), I trade out any of the older Class V or poorer supplies.

Note that the class doesn't have anything to do with output accuracy, stability, ripple, transients, ... , but generally the boards have a secondary regulator that drops 12 V to 3.3 V (and lower, as needed by the chips).

As hinted, using "another" supply with a 2.5 mm socket on a 2.1 mm pin often results in unexplained reboots of routers.

Curious what made them decide to change to Mediatek, I thought Qualcomm is better in general?

I mean on mobile phones, Mediatek is usually associated with low-end devices (CMIIW)

Realtek SoCs are completely unsupported by OpenWrt. Realtek doesn't contribute anything whatsoever to the OpenWrt codebase, they just use an old OpenWrt based SDK.