Benchmark request: OpenWrt as a file server (SAMBA or NFS)

I am considering to buy a new router. The current one is a TP-Link Archer C7 v2, which is good enough for me except for one thing: file server performance. Even with some NOTRACK rules added, I could not get more than 11 megabytes per second (no matter via SAMBA or via NFS) from an SSD connected via USB SATA adapter.

So, I am interested in benchmark results from other routers, for wired clients, to avoid wasting money on something that would still be too slow for the price. Especially interesting would be results from mvebu-based routers and BananaPi R2 or R64.

PS: I had a HGST 5K1000-1000 HDD hooked up before the ssd, so that's at least what you can expect the esata port can deliver on power. The hdd is listed at 1.6W read/write power.

INFO: I did use a USB3.0 enclosure before and had some problems with the disk getting randomly disconnected and also slower write speeds (50-90 MB/s), that's why i switched to esata. No clue if my usb port is defect or what was going on, but its rock solid now via esata.

Second the mvebu pick. mvebu platforms are designed for NAS applications. They are also very fast. It's unlikely you'll find anything better for the price range.

There was a product called Helios4 that was mvebu based. I am very satisfied with it.

The new version uses a rockchip design. No idea how good it is. https://kobol.io/helios4/

Wow >100MB/s is incredible with an SSD, must be my slower 3TB USB 3.0 5400rpm mechanical but never passed 80MB/s. Either way it's still amazing considering almost all other routers are nowhere near the speeds we get for network storage. I'm going to wipe the settings on my WRT32X this weekend and recheck it with the latest build, hopefully I get what you guys are getting. Maybe I'll try eSATA too, never bothered with it. Thanks.

I mean everything >60 MB/s is very usable for most NAS stuff, even streaming 4k HD only requires like 10 MB/s. I value a stable NAS setup + working file locking (Samba4) more than getting max speeds.

@fantom-x, or any other owners, could you please also provide SAMBA or NFS benchmarks for Netgear R7800? Also, with flow offloading, is it able to route more than 900 Mbit/s?

is it able to route more than 900 Mbit/s

... but what about SAMBA performance? I.e. the speed of copying files from/to a USB drive?

I use a router for routing tasks only.

what about SAMBA performance?

I do recall reading comments about the slow SMB performance. You will have a better luck in the threads dedicated to R7800 and the chipset.

Just to put this to rest.

Is this with the older stable version or snapshots?

With a snapshot. I remember seeing higher speed earlier, but there also was a firewall reconfiguration.

Hi everyone ,
I'm using Acrher V2 and build in 19.07.6 ver (Because OEM Firmware always DHCP failure).
so here is use samba36 and FS is NTFS (package is ntfs-3g) transfer speed pic. 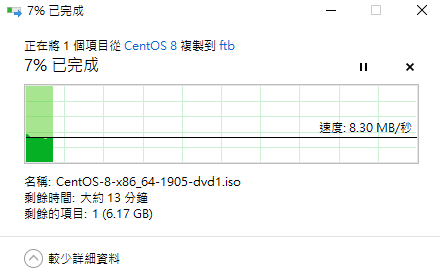 In OEM frimware can keep in 11 MB/s but only 8MB/s now , anyone have any ideas or suggestion?

With the WD Gaming Drive, you can quickly and easily expand the capacity on your PS4™* console by up to 4TB to conquer boundless new worlds. *Sony Computer Entertainment Inc. does not endorse or authorize this product.

anyone have any ideas or suggestion?

Try switch to a linux native FS like ext3/4, btrfs or F2FS. If enabled exfat should also be faster.

my math is really poor... but;

Thanks for your advice, I'm test another hard drive and FS switch to ext4 , It 's faster now.

so many files needs backup ..