ASUS RT-AC58U crashes under heavy load/ after a while

as i said i have problem with recent releases. i still not updated but i would like to know what users experiencing with the new one with this solution.

I know this is a dead thread, but I went out and bough 2 ACRH-13s, equivalent to the RT-AC58U, before I realized they only had 128MB of RAM. I went out and flashed one anyway to decide if I should return it. I've run a lot of testing and so far I have not seen free memory go down below 50% (or available below 30%) with multiple 2.4, 5GHz, and ethernet clients. No crashes either. I'm on the 19.07.2 official build.

ezviz w3 and same too , works good and fast enough , installed irqbalance and anabled it , see below 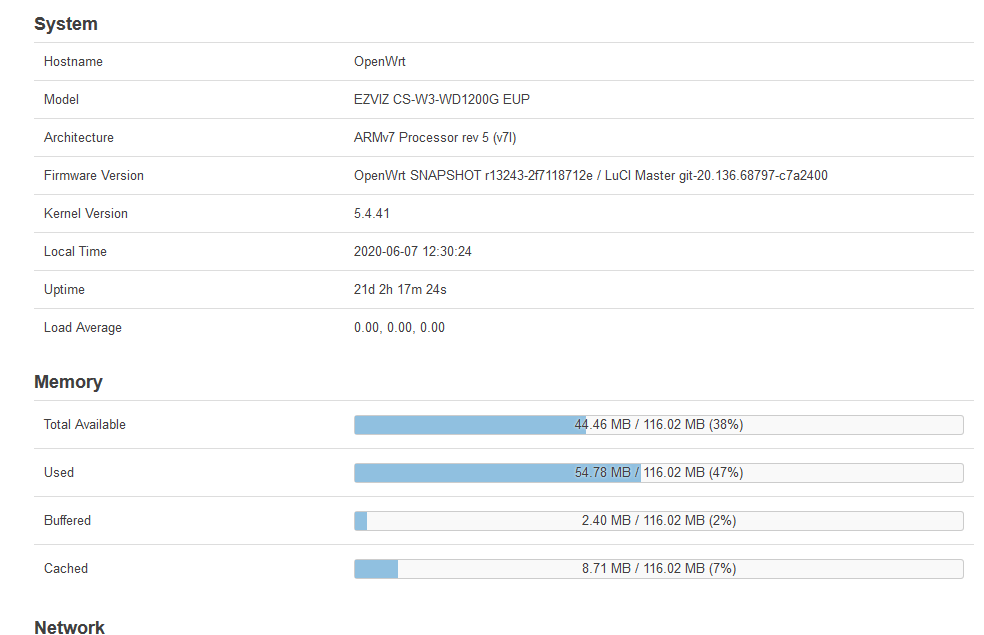 I still have stability problems with wifi. 70% time crash 5ghz, 30% time crash both.
Free memory 20-30% and I did swap to external HDD, but no succes.

From addons I have samba, transmissions UPnP and wifi schedule (tu turn off wifi at night).

Hello. I'm going to buy this router, are there any problems with using OpenWrt on it?

I'm not using OpenWRT yet; though planning to use it with my AC-58U Router. If memory is a problem; I was wondering if plugging in a USB3.0 Stick with SWAP partition to the device could help with it. It wouldn't make it go away; but at least make it stable?

Linux kernel really sucks when it comes to low memory and swap situations - so I don't think the problem is actually OpenWRT; rather than the kernel itself.

Did anyone try this?

There were multiple reports of instability under load, likely due to 128 MB RAM being insufficient for two “ath10k” radios.

Prior to 19.07, using the non-“ct” ath10k drivers and firmware could improve stability (default was kmod-ath10k-ct).

19.07 is now using kmod-ath10k-ct-smallbuffers by default, with many reporting no issues for this device.

Don't do it, if you throw a swap partition at it, it will start using it even though you don't need it. if you start getting oom killer going on, only then you start thinking about that again. forget about it for the time being, considering that the current OpenWrt version for that device uses a different driver.

As I said; I don't really like Linux's memory management strategies

There seems to be less people reporting this issue anyway; so perhaps it's of thing of past now. My concern right now; even without 'fancy' modules; my 'stock' firmware is on about 70% RAM... I guess I won't find out how it will fare until I do it

Bad idea. In case of memory pressure you will tire stick and also you'd have horrible performance of everything

What is the most stable version for RT-AC58U atm?