Just bought a US version of Archer C7 v4 and was wondering what can be done to flash this hardware with LEDE.

It should be supported by the v2 image. I saw posts where people tested it.
It is 100% that v3 is supported. And only one feedback about v4.

If I could have a boot log, I could tell it for sure.

I was wrong. I see that it has a 8MB flash. That means that the v2 image won't go.
The question is what switch is there... Everything else looks similar.

If this is correct, then the difference is only in flash size.

Is there a bin I can try for 8MB flash size ?

There is a very good chance that this https://downloads.lede-project.org/releases/17.01.1/targets/ar71xx/generic/lede-17.01.1-ar71xx-generic-tl-wdr7500-v3-squashfs-factory.bin will work.

It is for a Chinese version of this device. Hardware versions look to be one in front in China.

But with the US firmware may have a block for custom firmware. For Archer C7 v2-3 with 16MB flash there are images with the unblocking included. In your case you will need to build it yourself.

And there is no guarantee that Tp-link did not change the flash layout, but this is unlikely. Beware that you can brick the device. A serial cable will be needed to unbrick.

Doesn't look like Wikidev is currently correct for Archer C7 US v4.
The flash chip is 16MB. 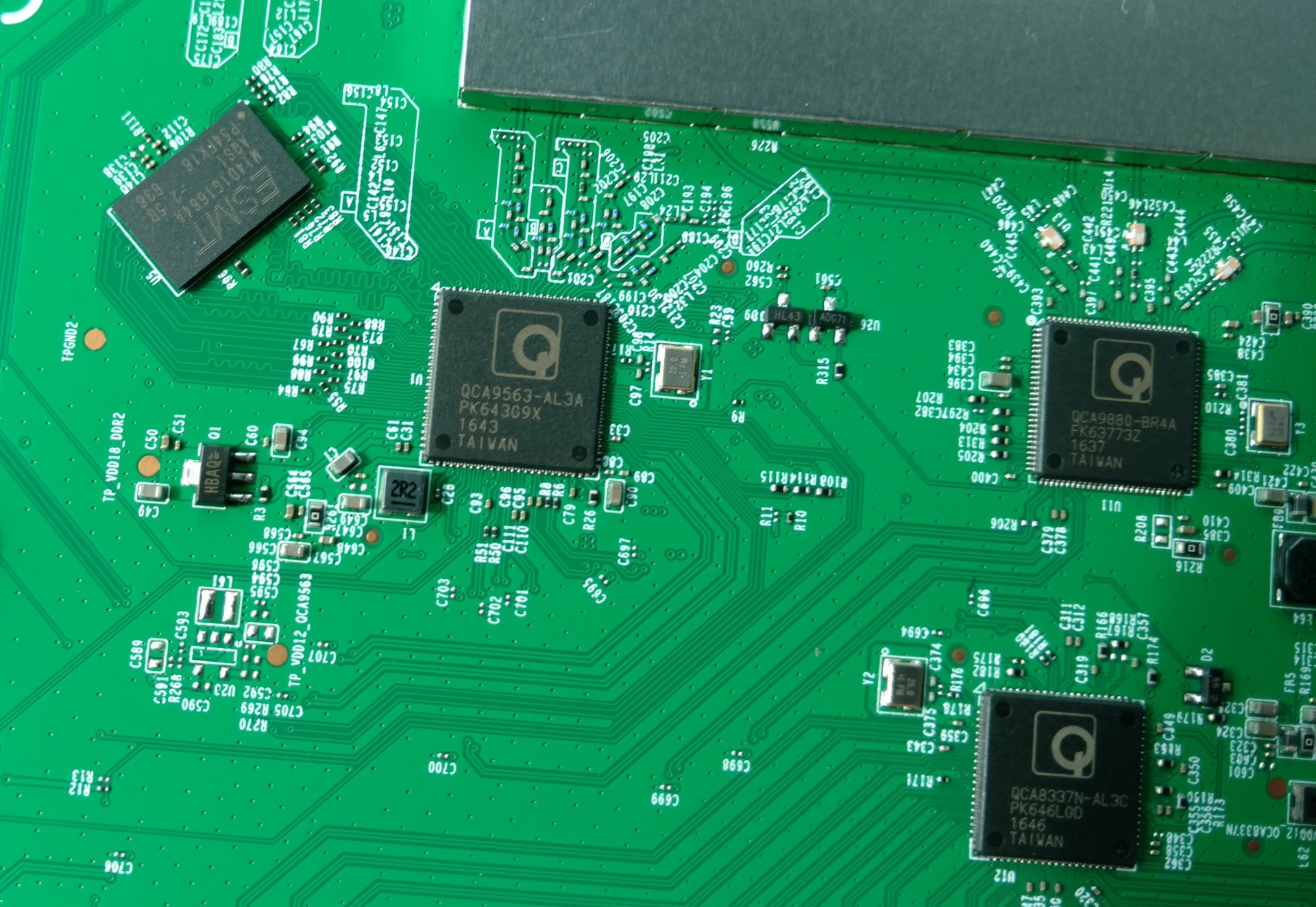 In this case there is a perfect chance that the V2 firmware should just work.

But ART looks to be in a different place.

In this case there is a perfect chance that the V2 firmware should just work.

Oops. I did not see it on the photo. It looks like Tp-Link is making a mess with these revisions. I get reports about different hardware on the same revisions. Maybe v4 for EU and US have it different. But it makes no sense.

I only have the US version board, but I've downloaded the EU source code and it seems to confirm that it is also based on the QCA956x.

Where did you get this Kconfig?

Well you can add this config to target/linux/ar71xx/files/arch/mips/ath79/Kconfig.openwrt of LEDE source and build.
Also you will need to update tp-link.mk for modules and probably the unlock.

I can read the serial output but cant write to the serial port. I think Rx may be physically disconnected.

I didnt use that command directly but I had defined an Archer C7 v4 device in tp-link.mk and used the resulting firmware with US in the name.

I dont have the router right now . I cant do any more tests right now. I'm also new to the build system and probably dont know what im doing.

https://wikidevi.com/wiki/TP-LINK_Archer_C7_v4.x
Has been updated with corrected information.

I also get a new C7 v4.
According to this thread and checking the menuconfig, could I say the v4 is still not support so far?

Hi. I have Archer C7 V4 at hand and can help in making it working with LEDE.

So far I know it expects ArcherC7v4_tp_recovery.bin with TFTP. LEDE firmware for V2 doesn't work with this.

What can I do? Can I compile LEDE for it from source?