Amazon just shipped the EAP235-Wall in the US. Mine arrived today. I'm eager to replace my EAP225-Wall uni, as the 100Mb backhaul is occasionally rate limiting in my network.

Anything I can do to help the team test/debug the port? I'm happy to do some local testing, or if any of the team in Europe wants a donated unit for their own purposes, I can send a giftcard your way.

My plan was to also port this device when it became available. Borromini ordered one, but so far it's still vaporware here in the EU, as they keep delaying delivery dates... Although currently Amazon.de supposedly has it in stock.

I tried to, but at the point where Amazon.de had them in stock, they didn't ship to Belgium. And now they sneakily link you through to the EAP225-Wall...

Notice how it says 10/100 Mbps wired (which is EAP225) and if you click on 'see more product details' it actually shows the model number - EAP225-Wall. Actually not the first time they do that. Happened to me with other stuff before.

So no dice so far 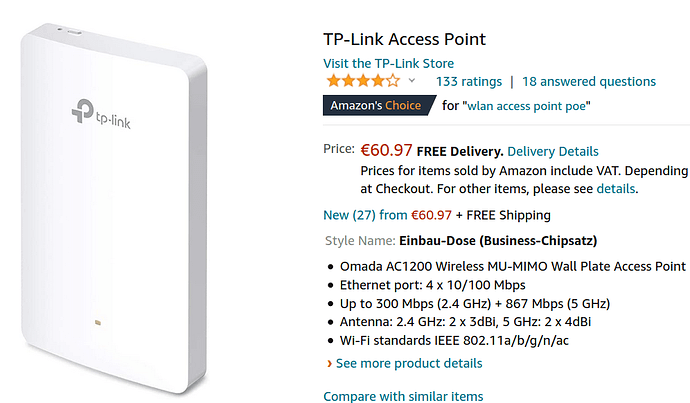 I tried to, but at the point where Amazon.de had them in stock, they didn't ship to Belgium. And now they sneakily link you through to the EAP225-Wall...

I guess I should've payed more attention, since the search results for "EAP235-Wall" also list a FritzBox and a patch panel

Fair enough! I can confirm the US model is as advertised (235-Wall). Here's to hoping they pop up in the EU soon.

The EAP235-Wall finally seems to become available in Europe, ordered a few.

My two EAP230-Wall (single outlet but gigabit uplink) arrived in Germany as well, so that model is available for sure now.

I got the EAP235-Wall on my desk (thanks, Borromini!), opened it up and added a header for the serial port. Luckily, TP-Link didn't leave any components off the board this time, so just a header was all that was needed.

The U-Boot environment can be modified and saved, which is quite nice

Saving a modified U-Boot environment overwrites the partition-table, which is not so nice as TP-Link's FW relies on this data

Thank you for testing the waters!

I might whip up a data page in the wiki already. Will see.

TP-Llink uses a config file to define their GPIO use, so that was easy to map out. 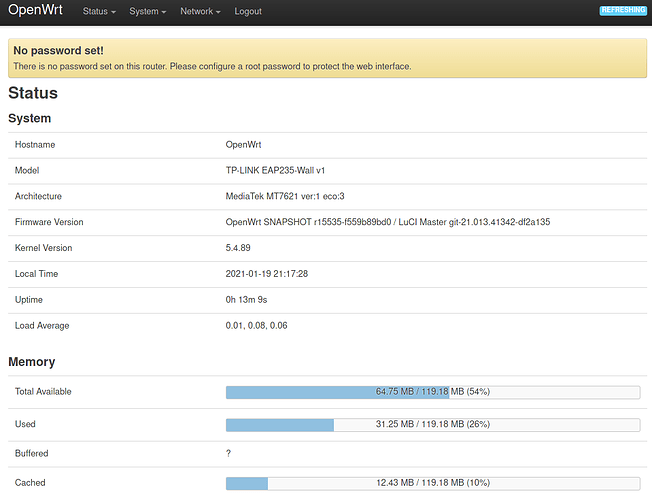 Amazing! Is the EAP230-Wall planned as well, as it shares a lot of hardware with the EAP235-Wall? I could provide you with one of these, given this particular one is of interest at all.

There don't appear to be any FCC documents available about the EAP230-Wall. Do you have more info?

I can give you their (german) product page, that also contains a few PDFs (in english) that should provide a few information: https://www.tp-link.com/de/support/download/eap230-wall/

It's basically an improved EAP115-Wall with gigabit ports.

Do you have pictures of the inside, chips and whatnot?

Similar device specification do not necessarily imply similar hardware. There are multiple vendors, and OpenWrt doesn't run on all hardware. Looking at the device firmware, it does appear to be a Mediatek-based device, so I think support should be possible.

Back to the EAP235-Wall: the factory image uses the same format as used in other places, so that was easy. Combined with running cliclientd stopcs on the decive, I was able to flash OpenWrt from TP-Link's web interface. However, when booting from flash, the network doesn't come online. Hopefully that won't require custom code, and will only be something small like a pinmux.

For the brave ones: https://github.com/svanheule/openwrt/commits/wip/tplink_eap235wall

I've asked TP-Link if they could upload the GPL archives for the EAP23x-Wall devices to their website. Hopefully that will have some useful information too.

Yeah I noticed they don't have that up yet (hardware's been announced long enough to have that fixed...).

For those interested, a few pictures of the internals, the backplate clips onto the case at multiple points, so with a few thin spudgers and some care and patience. Make sure you have functional serial if you start experimenting (SSH can be enabled in the stock web UI). 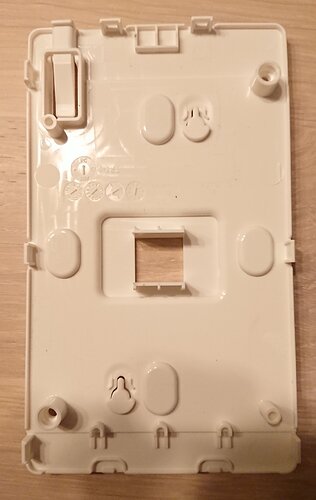 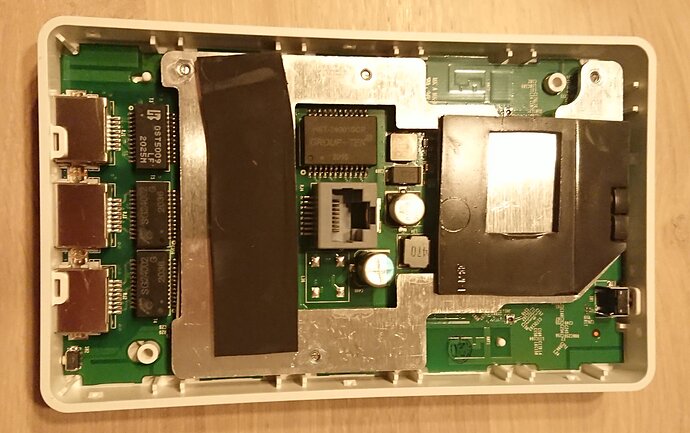 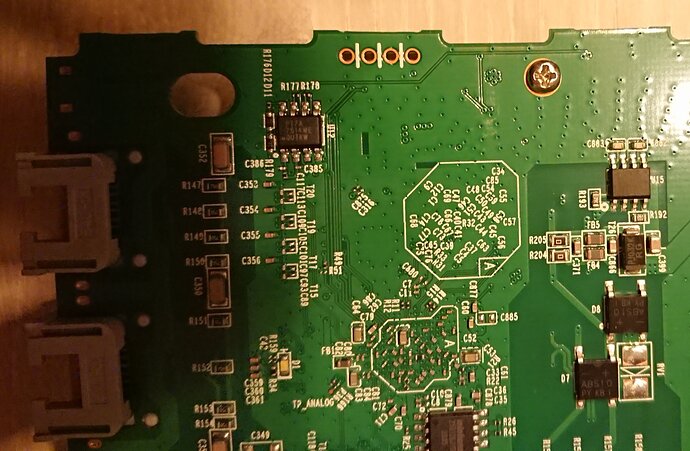 A few extra pics can be found here.

Looking forward for the snapshot image to test , when you're ready.

@kroon040 I can build an image off svanheule's tree if you got serial set up?