Hello, it is my first post on the OpenWRT forum.
On Xiaomi Mi Mini WiFi is connected to ZBT with main LAN to an SSID as a repeater, it works without any problems.
Also, this router has an internal second LAN network (WiFi) with DHCP with a gateway 192.168.1.1 which is a USB Alcatel Link Key IK40 modem with rndis.
Everything works fine but on this network, the connected devices must have set manually the DNS to the IP of the gateway, also on this network I cannot access the router. Because if was connecting to the router address which is unreachable.

Your setup is a bit complicated. A network diagram would help understand the situation.
Also include the following:
Please run the following commands (copy-paste the whole block) and paste the output here, using the "Preformatted text </> " button:

Remember to redact passwords, MAC addresses and any public IP addresses you may have

Yes, my setup is complicated but I have done it by myself by resetting settings to default on Xiaomi.
Also, I created relayd interfaces as new, and there were two of LAN on Xiaomi router, first main connected to WAN, and the second SATAN client of WLAN, (and LAN_SATAN). These interfaces are relayd bridged REPEATER between LAN_SATAN and SATAN.
A screenshot of the proper configuration (only with Luci) and network scheme is in the attachment. 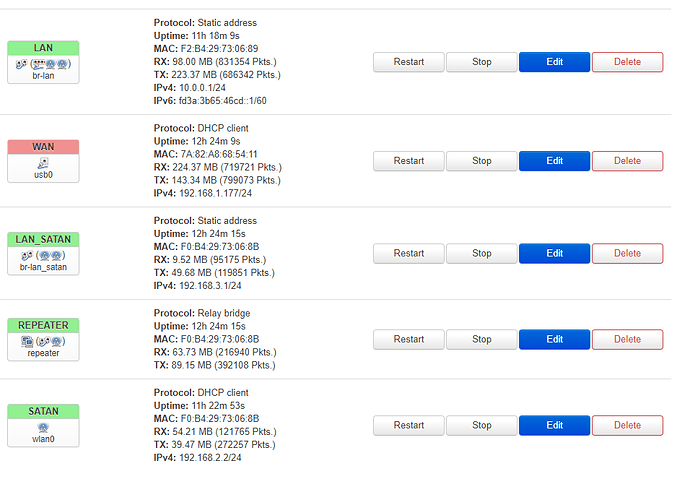 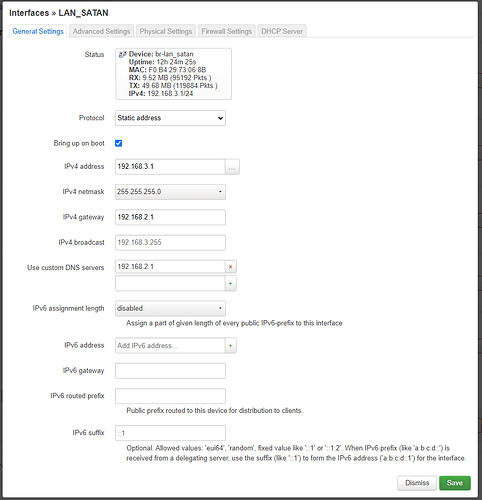 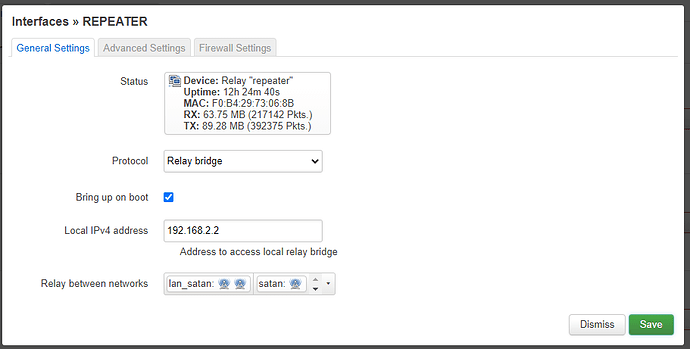 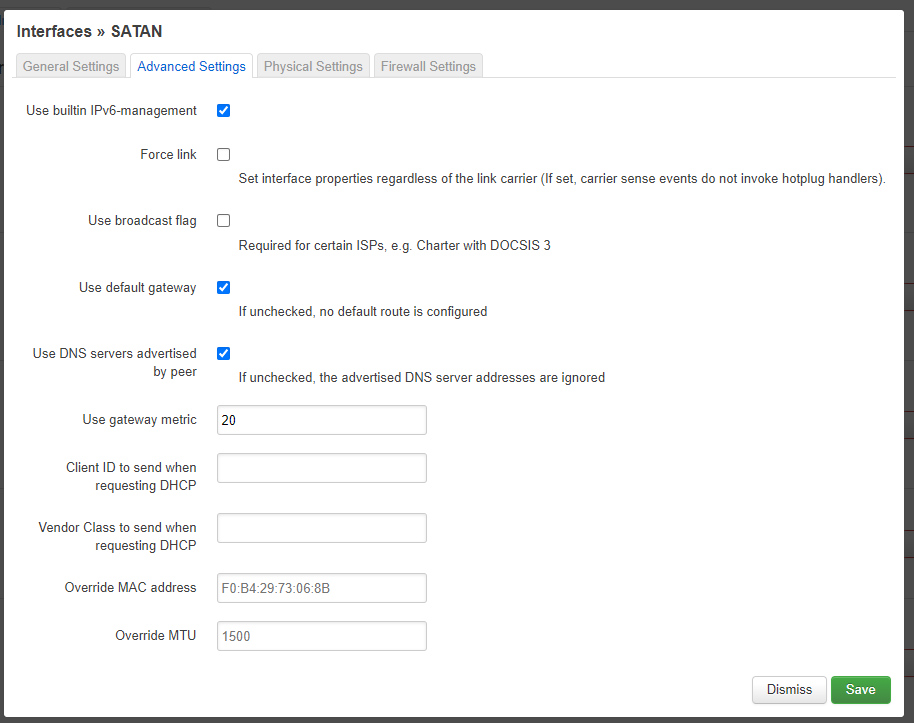 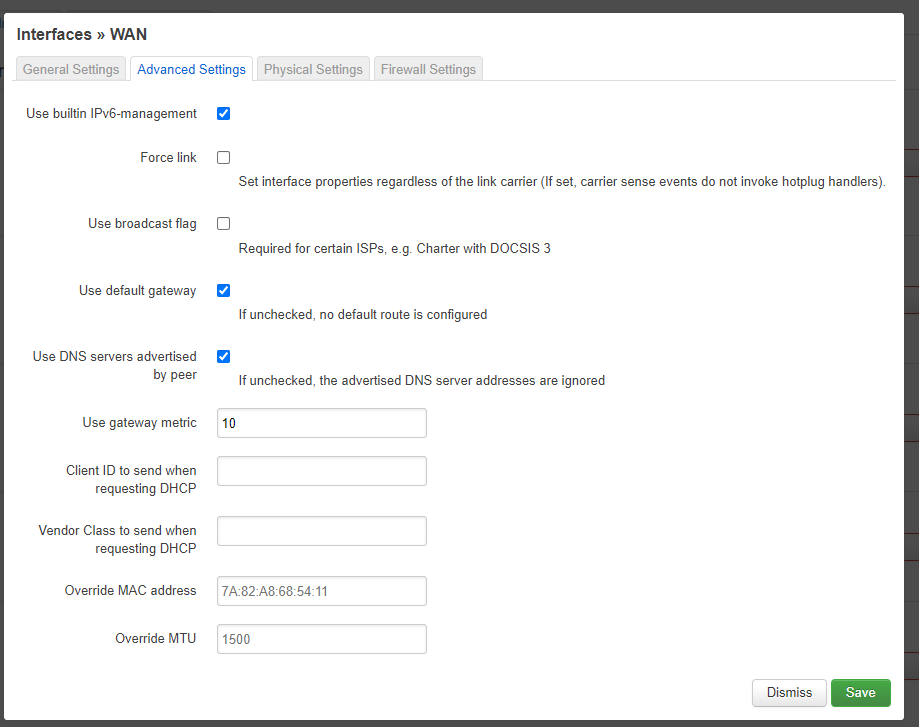 I'm still not clear what you're trying to do, but there is almost always a better way to implement any routing situation than relayd, which should be considered the absolute last resort.

I think you have the "interconnect two apartments" use case which has come up before.

Is this correct so far?

With OpenWrt on both ends you can use WDS for a true wifi bridge.

You now have a completely independent network that is repeating the ZBT but otherwise has no interaction with the Xiaomi's OS. This can operate separately in parallel with a conventional routing configuration for your other WAN.

mwan3 is for situations where you want to have one network branching to multiple WAN connections based on sharing the speed or replacing one with the other if it fails. So it doesn't apply here.

Exactly, I want have connected devices on separate network when the modem wasn't connected internet it should connect with SATAN interface as fail over. Xiaomi and ZBT both have OpenWRT.
Is it possible to have two interfaces with same WLAN connection?

Yes if you give your repeater bridge an IP address (in the ZBT's LAN) then you could forward through it to the ZBT as the primary or alternate WAN.

Is it possible to have mwan3 interface as a LAN firewall zone?

mwan3 is not connected to firewall.
As long as there is a gateway with distinctive metric, the interface can be used in mwan3.
It would be best though to separate the lan from the link to the gateway,