I have been using these modems for a while now..... vdsl trail telfort NL and recently decided to install openwrt to use it as a router after an old cable modem in another location. I still use telfort at the original location so .... apart from not being able to get back to original firmware at the moment I am good

The install procedure is rather annoying but you can't brick it so that is good.

for the wiki I would like to add the fact you need to download the P2812HNUFx-Pre-Build-OpenWrt-Chaos-Calmer-r45578 version or r46993 from scapi to be able to install anything. 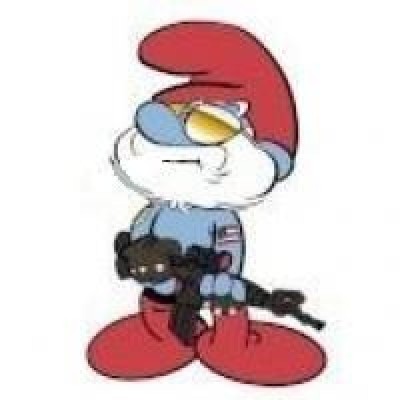 P2812HNUFx images and files. Contribute to ScApi/P2812HNUFx-Pre-Build development by creating an account on GitHub.

and for the rest change the commands slightly into

upgrade to the firmware, you want to run, through luci. Be sure! to do this since your are running only in memory and after a reboot you need to do this again if you did not upgrade.

second
The trunk does not want to run and starts with a crc error see the bug report I made here
https://bugs.openwrt.org/index.php?do=details&task_id=2124

third edit FIXED in snapshot see one of later posts edit
WiFi is not stable at higher throughput's and lower connection quality which might be solved in the newer kernel drivers if I may believe the talk about it.
edit kernel 4.14.109 seems to be a lot more stable, testing it now edit
However there might be another reason for instability, in the notes in the last firmware from zyxel it states that the mac address of the modem needs to end with either a 0 or 8 and openwrt does not really listen to any of the mac address settings I feed it.
edit Eventually I was able to adjust so I tried different mac addresses and it did not seem to matter much edit

fourth not compiling spl uboot probable due to the fact nobody looked at the code for a while (2013-10 uboot version) and the fact that it states in the makefile that it is broken. The asc file works "perfectly" so....

sixth for now the archive is missing for the steps to get back to original firmware, which I really like to be able to do.
edit fixed that edit

7th https://openwrt.org/docs/guide-user/network/traffic-shaping/sqm needs to be added to the wiki

other old bugreports that have not been resolved
https://bugs.openwrt.org/index.php?do=details&task_id=1611

this might be solved with going to a newer kernel as they supposedly do not need the eeprom file anymore
https://bugs.openwrt.org/index.php?do=details&task_id=469
edit eeprom file is still needed and found it in he firmware edit

ps when first installing openwrt I had a brief interaction with scapi and apart from the fact he does not have a working f1 or f3 modem helped me to get going. So if needed he might be willing to help someone be pushed in the right direction to make the necessary adjustments to uboot and initramfs and initrd problems.

in post 11 there are the printenv settings so I could try those
https://forum.archive.openwrt.org/viewtopic.php?id=46963

they are talking about what and how to fix
https://patchwork.ozlabs.org/patch/432502/

P-2812HNU-F1 is NAND based, needs NAND_TPL image instead of SPL (needs patches provided by Antonios Vamporakis in branch "stable_fixes_for_daniel_20140109" on Daniel github)

Contribute to danielschwierzeck/u-boot-lantiq development by creating an account on GitHub.

Mac address wifi, is located in rt3062 eeprom file, starting at offset 4. U can put whatwever mac u want there.

Considering the text in the pdf firmware notes whatever mac might not work so well. I do not know what the standard is for the wlan, remember mac address range starts with either 00 or 08 as the last word. But i do not know how the 8 mac's are distributed.
I can confirm that changing the words in the eeprom file, changes the mac address.

If you want to edit the wiki, you can create an account and do so.

There isn't a "wiki taskforce" that's going to read and understand the above and make the changes.

The problem is that the mtdblock devices seem to be hard wired in the kernel.
The snapshot kernel is 2.1mb which is slightly bigger then the 2mb available in the mtdblock.

I do not know how to override this and suggestions are welcome.

Now how to edit, test and get this accepted

I do not know how to override this and suggestions are welcome.

You could file a bug: https://openwrt.org/bugs

Thnx for the suggestion the bug is already reported

see the crc bug that I mentioned before.

offtopic @mijzelf thnx for all the things you and others did in the beginning of support of these modems. If by any change you have a backup of the original f1 firmware lying around I'd be much obliged

although I will be home in 2 weeks to extract one myself from my still running modem, so it is not a biggy. Als je het makkelijk bereikbaar hebt graag, zoniet laat maar zitten

After much trepidation.... the kernel I just compiled from the snapshot of today is running

But that was a lucky shot since the kernel was just small enough ...
I will change the file and see if I can change the reported mtd partitions

This has to be be integrated in the tree snapshot and into the release as well, any takers ... not really wanting to put my email address and name combo for everybody to read.

Just tried to edit the wiki page but I was not allowed and need to contact the administrator.

thank you opewrt website for throwing away my edits .....

And you wonder why the pages are outdated....

Just tried to edit the wiki page but I was not allowed and need to contact the administrator.

thank you opewrt website for throwing away my edits .....

Every user that is logged in to the wiki is able to edit the P-2812HNU* pages.
I see no restriction for your username in the wiki.

Please describe exactly (!) what you have done on which page, and what did not work.

seems to work now....
https://openwrt.org/toh/zyxel/p2812hnu-f1
what I did was I logged in clicked on the edit link.
made some changes.
clicked on preview
got the message this topic is locked contact administrator etc etc.

third time is a charm I guess, not be reached by ppl who 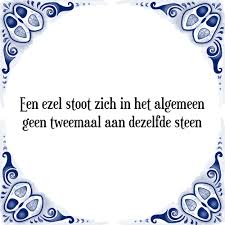 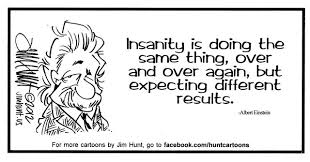 made a backup of one of the modems
Although it was not the most efficient way of doing it.

settings for tftpd64 or 32 see picture 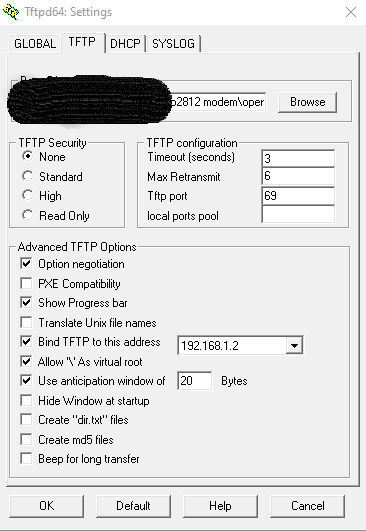 after booting in the uart mode uploading asc file ...these are the commands

more efficient would be:

tftpput 0 80000000 backup-nand.bin
but I did not test it yet, I first need to get a vgv7519 working(with telfort firmware the modem does not get a dhcp address on the wan side unless you have vlans which I don't since I am not on telfort here) so I can replace the p2812 and test some more with the p2812 while still having working internet

And see if I can find where zyxel hid the wifi settings and the we can preserve them, no more rt3062.eeprom file needed then.

Tested it and .... NOT working, it starts uploading but then crashes the modem and starts back up in uart mode, obviously I was in uart mode to begin with.

log of successful saving from memory but crashing from nand.

It did work saving directly from the flash on the vgv7519.

I found the rt3062.eeprom file in the original firmware.
It is hidding in etc/wireless/rt2860ap folder and called RT3062_PCI_LNA_2T2R_V1_0.bin
Sofar I have seen 2 versions the one everybody is using which is also in the latest aacc3 firmware from zyxel and the one from the latest telfort firmware.

I need to try and see if the telfort one is more stable or if there are other issues. For now I am very happy with the vgv7519 running openwrt since it seems to have very stable wifi.

The current snapshot holds the bigger kernel mtd partition, but it is also the kernel that needs it in order to boot.

For now the only way around is to compile the snapshot yourself, which is slightly smaller then 2mb and thus fits in the smaller kernel mtd partition. From then on you have a 3mb kernel partition size. and can update to prebuilt snapshot builds

If the initramfs+kernel would work so you could start the modem from ram it would be easier. But alas that is also broken...

So 2 mayor issues remain,
1 current U-Boot is not able to start the modem from nand
2 Initramfs errors out on startup since r47026

On a brighter note kernel 4.14.109 seems to have a lot less WiFi issues and I am currently stress testing to see if it drops the connection.