hi !
i just wanted to have your advice about X86 cpu consumption. The website cpubenchmark which let you compare cpus, is showing strange things about this.
From what i know TDP watts are about the heat produced by the cpu, not about the power consumption. But on this site, it's like they calculate the runing yearly cost based on the TDP ??
i don't understand...
i compared 3 cpus, what do you think ? 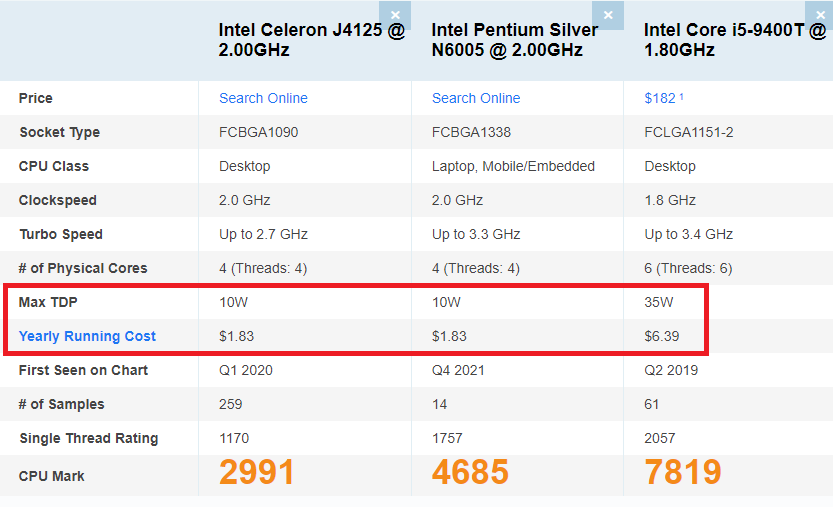 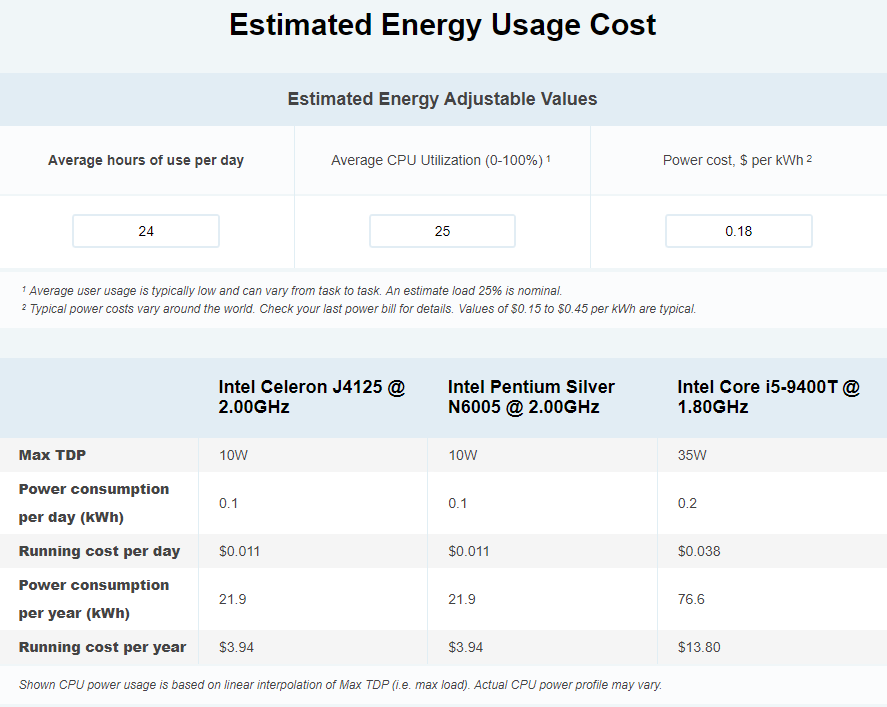 The TDP is not very helpful to determine that in the first place - and the rest of the system matters even more than the CPU alone (how effective the PSU at the predominant (idle) load, mainboard(!) and its voltage regulators, external graphics card (+30 watts from the get go), etc.). Basically you can only make educated guesses and then measure at the wall.

About the TDP, all CPUs of the same generation have pretty much the same idle power consumption (the predominant system load of any router), meaning an entry level haswell core-i3 will pretty much need as much power (idle) than a top-end haswell core-i7 (yes, there are some differences, but those are tiny).

by the way, even if we double this cost, that's finaly not that expensive...

in fact i have in mind to build a router based on a Lenovo Tiny M920Q mini PC.
It has a PCIe x8 slot inside, because some versions are sold with a Nvidia quadro gfx card.
At the back of the pc you can remove some connectors, and insert a PCIe x4 quad port network card.

you just need a riser @ 22€ on alieexpress

and here is the device opened, with the pcie slot on the right : 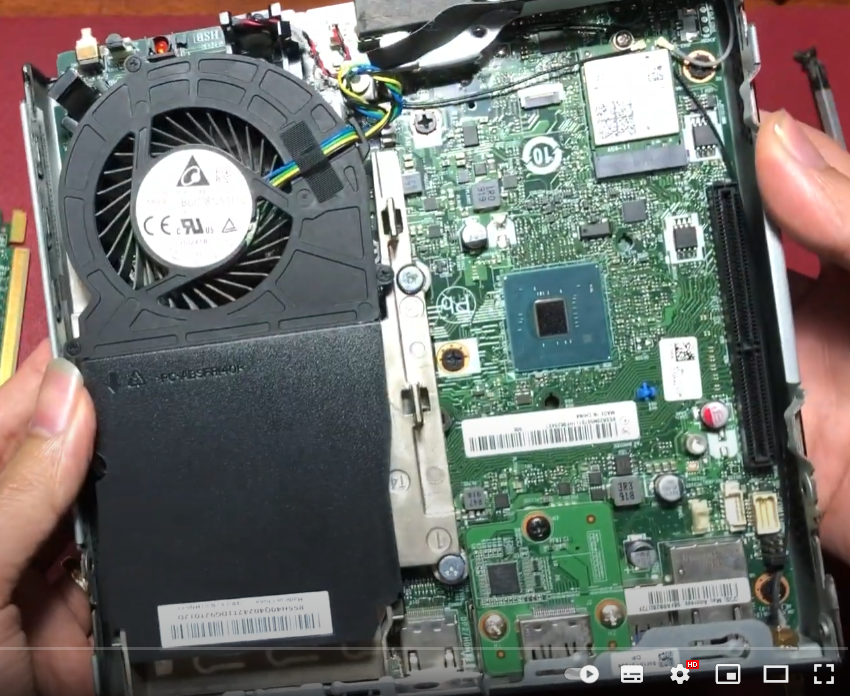 so i was trying to compare the costs for a mini-pc like those on aliexpress vs the cost of what i'm trying to build.

I can only add personal experience with the haswell SFF variants of the Lenovo Thinkcentre (M73 and M83), which do have a surprisingly high idle power consumption at 29-30 watts (11-12 watts would be possible with haswell and a well tuned board/ system), while they won't go past 40 watts under full load. At least in that generation, Fujitsu/ Esprimo seems to have done a better job at keeping the idle power consumption at bay. 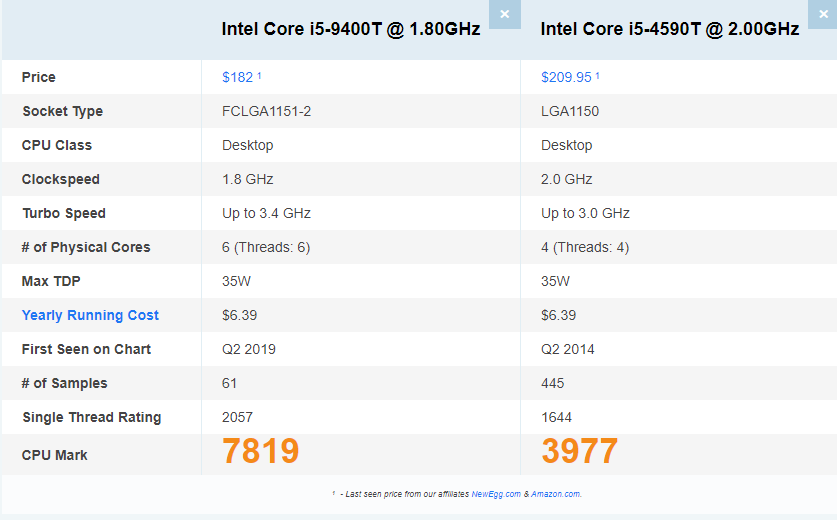 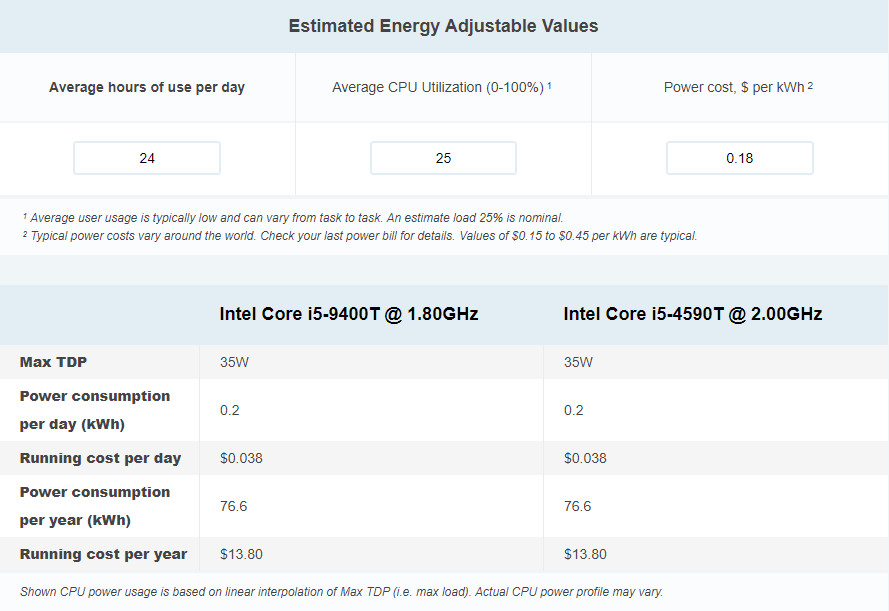 The same values here. So there is a good chance that my power consumption is the same as your M73/M83, between 30w and 40w.

Not necessarily, again, the TDP of the CPU alone is rather useless as a basis for a comparison. The M73/ M83 SFF are typical (proprietary) µATX PC hardware in an optimized/ small case, while the form factor of the tiny devices necessitates notebook components instead - that should show up in the power consumption (for the better).

haa yes, you're right SFF are bigger than the Tiny, the components are more in the desktop range.

From what i know TDP watts are about the heat produced by the cpu, not about the power consumption.

What TDP means depends on the CPU-generation and it's also different for Intel and AMD -- they do not use the same metrics for calculating it. With modern Intel CPUs, TDP specifically says that Intel guarantees the CPU will be able to run at its reference base-clock when supplied with the specified amount of power. It doesn't indicate how little the CPU will draw at idle or how much it will draw at maximum.

But on this site, it's like they calculate the runing yearly cost based on the TDP ??

Yeah, that's basically humbug. They don't understand what TDP is and whether it can even be used like that.

A 65W Intel CPU, for example, can draw all the way up to 135W of power under full load and given how practically no one is actually running their CPU at the base-clock 24/7, the TDP-rating becomes useless for trying to calculate how much running the CPU will cost you over any given period of time.

if I understand correctly, the only way to know exactly what you consume is to have this type of device 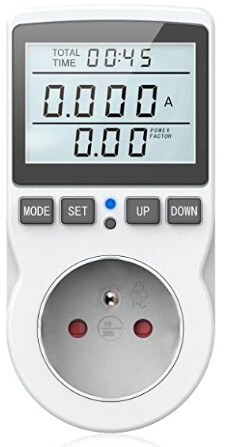 More or less, yes. It's good to have one of those anyways, since you can use it to e. g. gauge, if a device is broken (it's not drawing power or only some milliamps) or if an extension cord is ok and things like that.

if I understand correctly, the only way to know exactly what you consume is to have this type of device

Heh... beat me to it... I was going to say the same... we need a lot of users of these kinds of devices to measure at the AC plug, with a decent wattmeter. Then, we'll have some real knowlege about this.

If I ever buy one, or make myself a patch cord that I could get a DVM inline for current measuring, I could say what my Zotac C357 box takes.

As a very small addendum, even BIOS revision could affect power draw. I do not have a proper wall mounted power monitor, but I do have a power load readout display on my UPS. On there, my B350 + 3600 setup used to draw ~42W* at low load (~60W minus 18W from all other loads on the UPS [two switches and my opnsense router], measured by powering off the PC).

This power draw was with the old, old AGESA BIOS from late 2020. Asrock finally released a new BIOS very recently, and power draw is now ~28W (46W minus 18W). No other changes, not even a "sudo dnf upgrade" or anything like it.

Adding an openwrt VM barely affected the power draw (sub 1W, or at least not enough to reliably increase the reading), though I have pulled it for now, as I clearly made a mess of the VM networking config. I could have saved 9W from turning off my dedicated opnsense router PC.

Each PC has an Intel X520 DA2 contributing to their power draw.

What question are you really concerned with... The pure running cost for electricity of an individual device, or the total cost of ownership (TCO)? As stated, TDP says nothing about actual power consumption. But even then it's just a small part of the puzzle.

So the actual difference in yearly electricity consumption is really small. Buying a cheaper device with higher power consumption might still be an overal better deal in terms of TCO.

If you're really concerned about power usage and running cost, you'll have to look much further than just the CPU. For example: the quality of the power distribution components on the motherboard, the efficiency of the PSU, power management in the BIOS, power management in the OS, power draw of other components on the motherboard and add-in cards, etc. etc. You can find a lot of resources online on how to build the most energy efficient machine, but more efficient components are usually more expensive to buy. So again, it's a matter of TCO...

So the actual difference in yearly electricity consumption is really small

If you're really concerned about power usage and running cost, you'll have to look much further than just the CPU

no, i just wanted to get an idea about what will be the consequences depending on the choosen cpu. if what i'm doing is stupid/totaly stupid/deserves a slap in the face...

electronics is really not my cup of tea, that's why I asked you your opinion on the matter...

cpubenchmark tables about TDP are not very clear for people like me, now I know a little more

just found a couple of Smart Wifi Power Plug i have in a drawer. i used them in the past to power On/Off some devices during the night.
it can record power consumption, I don't know if it is very reliable but it can be a good indicator. 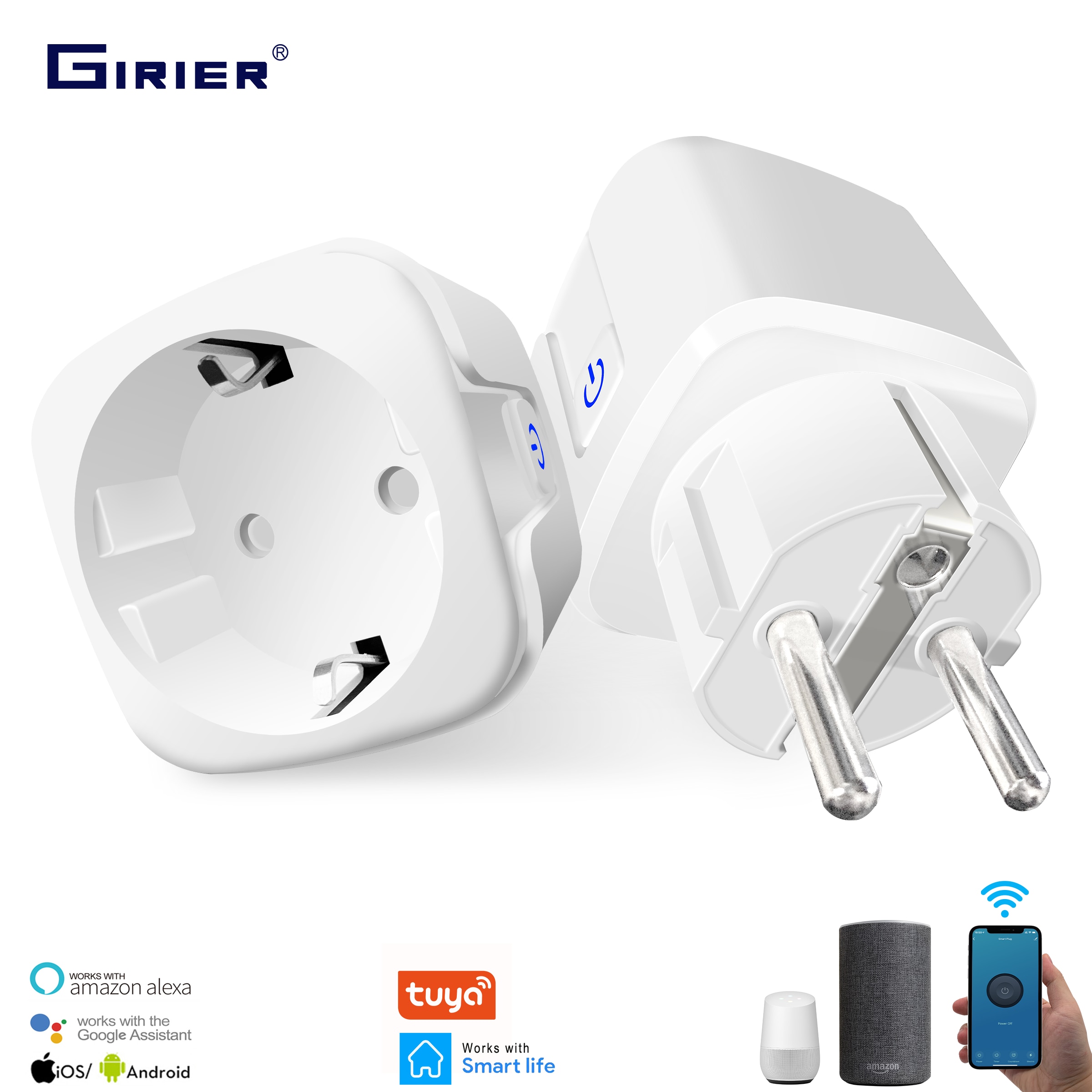 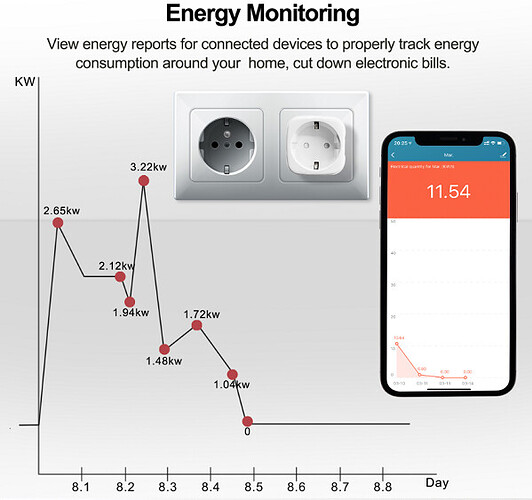 or any of those sonoff POw R2/ Dual R3 etc

flash tasmota or esphome and calibrate those plug. https://tasmota.github.io/docs/Power-Monitoring-Calibration/