Hello guys, and thank you again for the firmwares !!

I pinned a problem after making every combination possible:
at the End: this (w)router doesn't reach the gigabit speeds under openwrt ...

Any idea why is that happening ?
I was so glad to see the printer server working like a charm, and was fixing to compile the latest version of sane for this, but now ...

It is unclear what speed are you asking about? Is it NAT speed from wan to lan or what?
Is flow offloading enabled?

From Wan to Lan,
from the internet to the PC going by the netgear and "modem"
I have a fiber modem/bridge then the netgear as a router:
I have not seen the "flow offload " thing, is it like making the "flow" get handled by the hardware ?
I the mean time I re-flash the OWrt and check out that option.
Cheers

You don't neet to reflash anything. You can enable flow offloading under Network -> Firewall.

I do, to make the final test, I reinstalled netgear's FW

so I soon as I re-test with OWrt, I'll update.

Hi.
I own several 3700v2 which is almost an identical device, so I know what such device can achieve.

this (w)router doesn't reach the gigabit speeds under openwrt

You can't expect Gbit/s transfers from WAN to LAN with such device! This is way beyond its hardware capabilities. 300Mbit/s is already a nice result.
Consider your 3700v1 as a spare device, no more. Or recycle it as a secondary device, such as a swich or an AP. Also, such an old device may encounter hardware failure due to its age.

Conclusion: you need a much more modern router to handle a Gbit/s fiber bandwith.

have not seen the "flow offload " thing, is it like making the "flow" get handled by the hardware ?

Luci, network, firewall.
I can't tell if it's actived on ath79 target.

You are too late

I confirm to you too, It does reach now gigabit speeds.
I have made downloads at 90Mbytes/s

I would like to thank whom compiled Saned for openwrt,
After modifying some conf. files, scanning (over network) works perfectly.

Hi.
I have made some tests (3700v2 under 21.02.3) with both SW and HWware offloading enabled, to remind me what can be achieved. The device tops at 50MB/s. That is already an impressive result for such device ... but at the cost of 80% CPU usage.

So there is no way that this device can be used efficiently in the long run with a Gbit/s fiber. Perform iperf3 tests, and monitor CPU usage with htop. You will realize yourself.

and why not ??? will the electrons tomorrow be heavier ???

I do more than 80M BYTES / s downloads everyday , even if takes 100% of the CPU, that is actually proof of efficiency, meaning the device that you have is working at its max capacity without issues, and
that is good for the wallet, if you buy a device twice "powerful" (lol) it means that it will do the same job maybe at 50% cpu , but you would have payed more money and consumed twice the electricity for the same task ...

So, I let you know that a matter a fact, it is hoocked up to a sweet fiber bridge and ... I am not a "Shopping Junky"

meaning I do not consume to consume, I buy to use.

This electronics, not mechanics

that is actually proof of efficiency,

This is actually proof that your device/CPU has no margin, and can't assume extra work if needed. It will heat and fail sooner or later (or the PSU). Consider also its age (10+y).
Does your computer CPU work at 100% everytime ? If so, it is not suit for its tasks. Same for the router.
Did you perform iperf3 tests ?
Did you monitor CPU usage with htop ?

consumed twice the electricity for the same task ...

No, modern devices use lesser energy for the same result.
You can have a much more powerfull device for no more than 30$ or €. I understand your argument of not willing extra consuming. Why do I keep two 3700v2 ? Because as long as they work, they still have a purpose. But this doesn't mean that such device is suitable for a heavy charged modern task, like routing a gigabit fiber.

will the electrons tomorrow be heavier

Long story short, you have a well done video on youtube for explanation 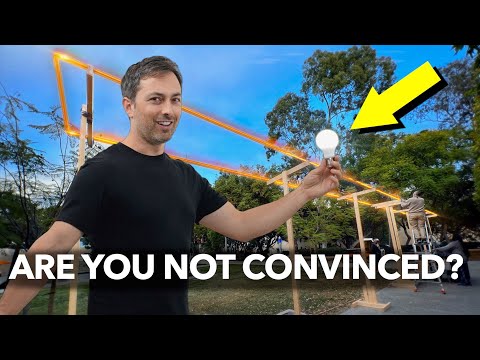 Ok it is the time to tell you:

Dude get a life.