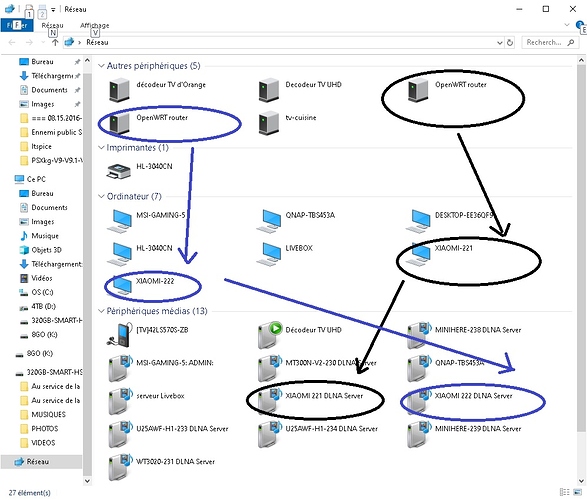 How i change this ?

For dlna no problems i have not the same name

Tested not the solution

I think it's programmed "hard" in the firmware

Sure that is in OpenWRT 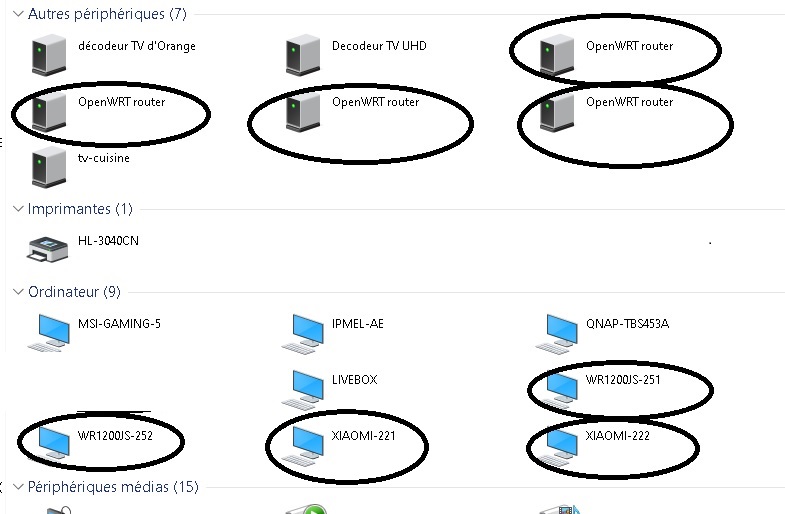 I think it's programmed "hard" in the firmware

It appears there's a few settings you may be interested in:

Just checked mine out of curiosity and in Windows 10 my wrt1200 shows as OpenWrt Router in Other Devices too even though it shows as the hostname everywhere else, strange.

You should check from your router, which process (app) has the port 5000 opened.

Ps. My openwrt router does not show up in Windows 10. It is about some package that you have installed in your router.

And it naturally shows up in the listening port list at port 5000:

I was going to write that it was upnp. I was searching if there was a setting with a device name in miniupnp, but didn't found one.

The funny thing is that before actually testing with miniupnp, I glimpsed through its OpenWrt packages sources and could not find the "OpenWRT router" text, and even after testin nd noticing that it is the culprit, I still can't quickly figure out where that text is actually coming from.

(Well, I guess one must grep the source repos with that mis-cased "OpenWRT" upper case string.)

But really it doesn't make much sense to change it. I see no harm of having the same name there,

Yeah, just my curiosity. The string seems to get hardcoded into the miniupnpd binary via setting OS_NAME as OpenWRT during the build config process. That is not set in the OpenWrt side package files but gets shown in the sources after compilation and then the final string in the binary:

With 2 Openwrt / Xiaomi i have the same name " OpenWrt Router "in others peripherals
...
How i change this ?

Based on the investigation above, you have two main options:

But like Pilot6 said, having those similar items in the listing is rather harmless.

why you have miniupnpd active in several routers inside your LAN ?

for the DLNA i have not a name problem .

The name problem is only with Windows computers !!!

It's not a bug at all. There is no goal to show different names in Windows for uPnP devices.
And it really makes no sense to have upnp enabled on all of them.

Pilot6 -> ??? but it's not just that name problem to look at what I get when I click on well-functioning cases and an Openwrt case

Disable/uninstall miniupnpd from all OpenWrt boxes except one connected to Orange router.

And what is the use of clicking on these devices?