What purpose does this capacitor cover serve?

I have a Xiaomi Router 4A Gigabit, and after about a year of use, I realized something inside was shaking when I moved the device around.

This is the piece that fell off and broke in two. 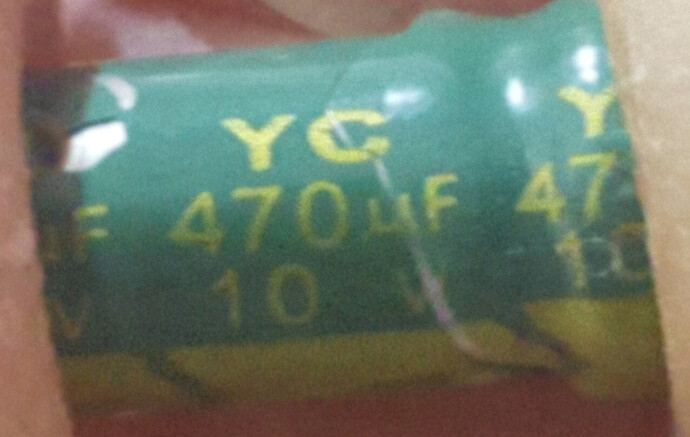 This is where I guess it was. 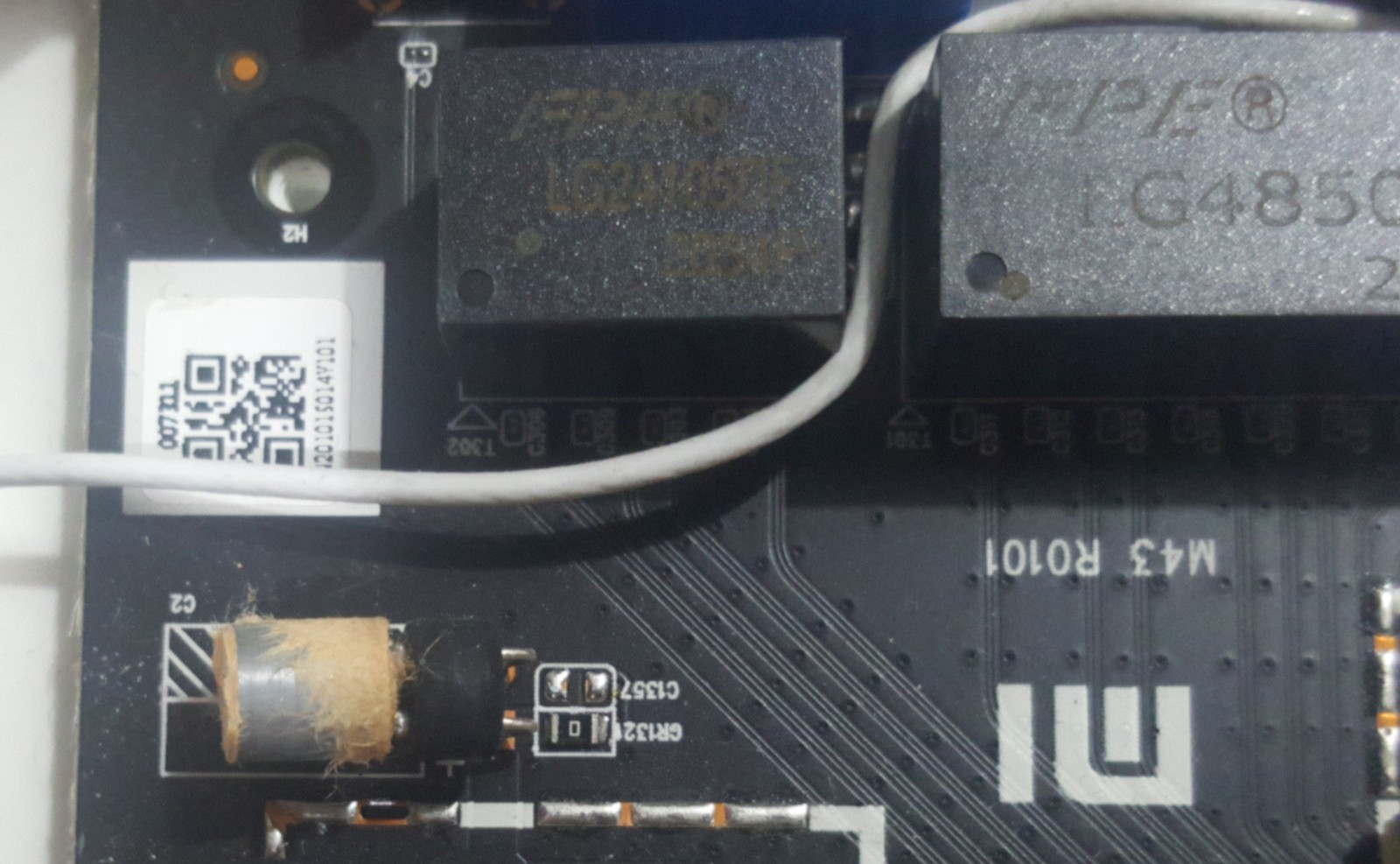 This is the router. 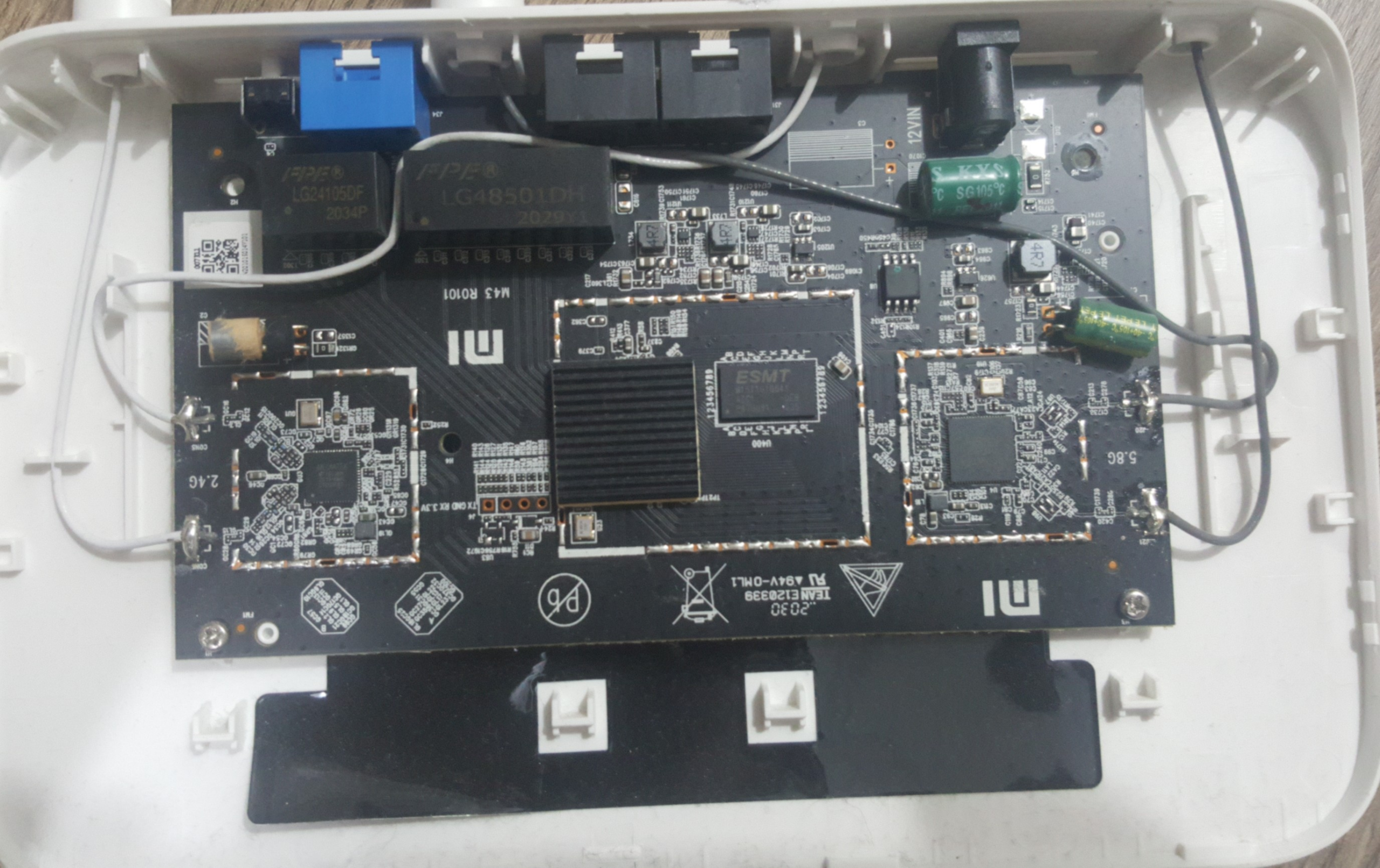 What's this thing? Would the router still work as expected without it? If not, how can I attach it back in place?

Isn't it only the cover of the capacitor?

It could be, I don't know what a capacitor is. What should I do?

You could try to glue it back.

This is a filter electrolytic capacitor (470 microfarad 10 volt) and it can cause all sorts of weird problems.
Better buy/find a new one and replace it.
If you are not good with the soldering iron, ask a friend to do it for you.

What @pavelgl said, it's not rocket science.

Or try to return it, and get a new unit.

Thanks! Isn't it only the cover that's damaged? Could the cover really cause all those issues? I can even slide it back on the capacitor. I also have no clue what could've caused this, as I don't see any burn marks. If a generic cover would work, I think I can just get a new one and slide it on.

What issues? Is there another thread?

Isn't it only the cover that's damaged?

It couldn't just be the cover. It may be doing some work for now, but its parameters have certainly changed and sooner or later it will fail completely.

I was talking about the "weird problems" pavelgi mentioned.

Okay, I'll look for a suitable capacitor. Again, thank you so much.

I was talking about the "weird problems" pavelgi mentioned.

The router may freeze. You may have to turn the power off/on a few times until it starts, then it could freezes again after a while...

Have you experienced any of them?

Those were possible failures, not necessarily happening.

The capacitor looks damaged to me.

Yikes! That's a typical cheap electroytic capacitor that has failed totally, then got so hot it has built up enough internal pressure to blow the cover off entirely. It will have gone off with a loud bang, a flash and a lot of acrid burnt-plastic smelling smoke consisting of burning electrolyte.
The electrolyte is also corrosive and will have splashed all over the circuit board potentially causing all sorts of damage.
With careful cleaning and replacing the capacitor you might be lucky and save the device but most likely the other electrolytics on the board will also be of the cheap and nasty variety and will in turn explode.
Unless you know what you are doing it will be better to get a new router rather than waste your time. Sorry.

PS. The one on the top right of the photo looks like it has a hole in it with electrolyte leaking and corroding the can under the green plastic coating.

Woah, I had imagined it was a much minor issue, thank you for your detailed response. I think I can still get a new one for free if its warranty isn't void due to me opening up the back panel. Though, I'm hesitant to do that because it says the new version with the exact same model name/number they're shipping nowadays aren't compatible with OpenWrt in the wiki, so the device could end up all but useless. I'll try changing the capacitor and cleaning it up a bit.

Is this the one you're talking about? I can't quite tell if it's actually a leak, it kind of looks like they got some paint on its cover. 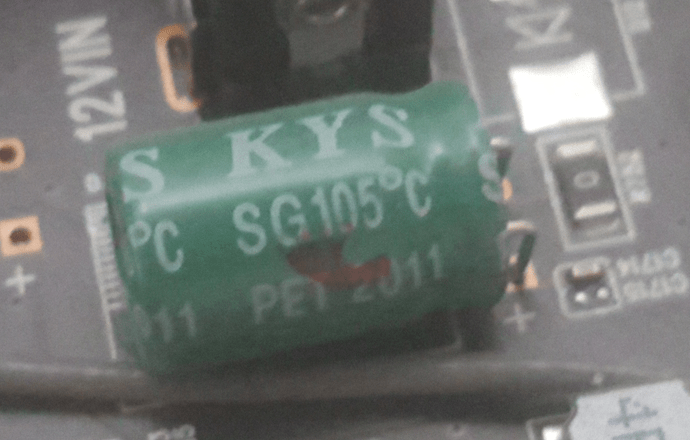 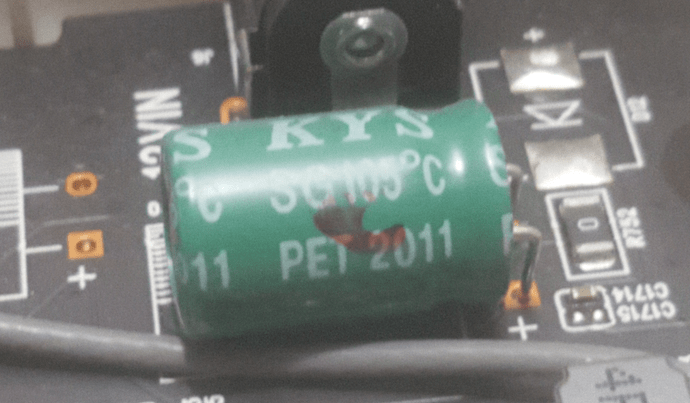 I haven't experienced any problems.

If it is under the plastic it is a leak. If it is on the surface it is most likely electrolyte from the exploded capacitor. Could be paint but it looks like a leak.

The exploded one is close to the wifi area of the board so is probably for the wifi power supply. If you don't push the wifi hard you might not notice problems - most likely dropouts when transmitting .... Can't tell by looking at photos.

Looks fine to me.

Keep the little sleeve wrapper inside the case for reference. Just glue/tape it in place if the rattle bothers you.

Or throw the wrapper away now that you have a photo of it stored somewhere.

I don't think your cap is going blow any time soon. This is just something that nerds like to talk about. You would have noticed if it was leaking or cracked.

And fear of that alone is no good reason to change the router. It's not that big a deal to replace a blown cap. It's very very simple and the chances of it causing extensive damage are pretty slim. It's not going to burn your house down.

If you want to do absolute best practices then put a long piece of heat shrink on it. Maybe four inches. Some duct tape would be fine too.

So that if it does go the heat shrink will capture the goo and or pieces. But honestly I'd just make sure that it's bent up away from the board little so it's not touching anything and put the case back on and forget about it.

That wrapper is in effect and insulator. So if it's out of place the component might short something but you would already have noticed if it was and it's not going to move on its own.

And looking at the placement on the board it's very likely an input filter cap. When it does finally fail you might try just pulling it off of the pair of pliers and see if it works normally. So long as your power supply isn't complete junk it ought to work fine without the capacitor.

Keep any configuration or files backed up it's on this router of course, and relax and enjoy the day.

That type of capacitor contains a small amount of a water-based fluid which is necessary for operation. If the cover cracks or comes off entirely, the working parts dry out and stop working.

So as it is, the capacitor is useless and you should just cut it out and maybe replace it.