I suspect somebody was using 32 bit integer for counter? Is this a known bug? 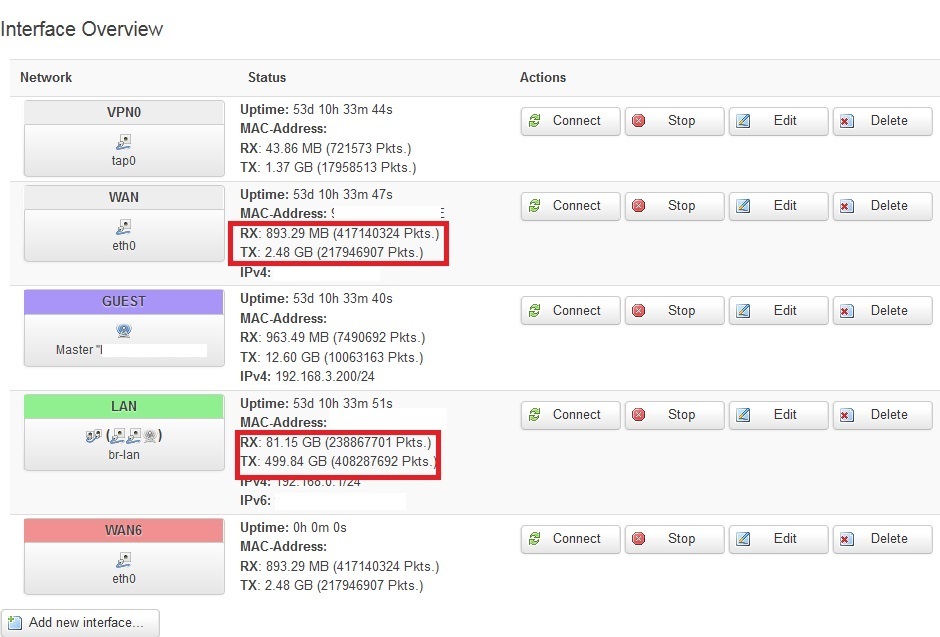 Well. Lots of devices out there only have 32bit hardware, so just using a 64bit int here might be kind of a problem for those. So this either is done purely in 32bit anyway and detects integer overflow situations responded by the driver or it's different build paths for native 64bit and fallback 32bit with overflow detection.

My guess: There's overflow detection in place that doesn't count every single package but only once in a while, and if you manage to transport just enough data to make the overflow detection not detect that particular overflow, count is wrong.

So I guess it's really a bug in overflow detection. 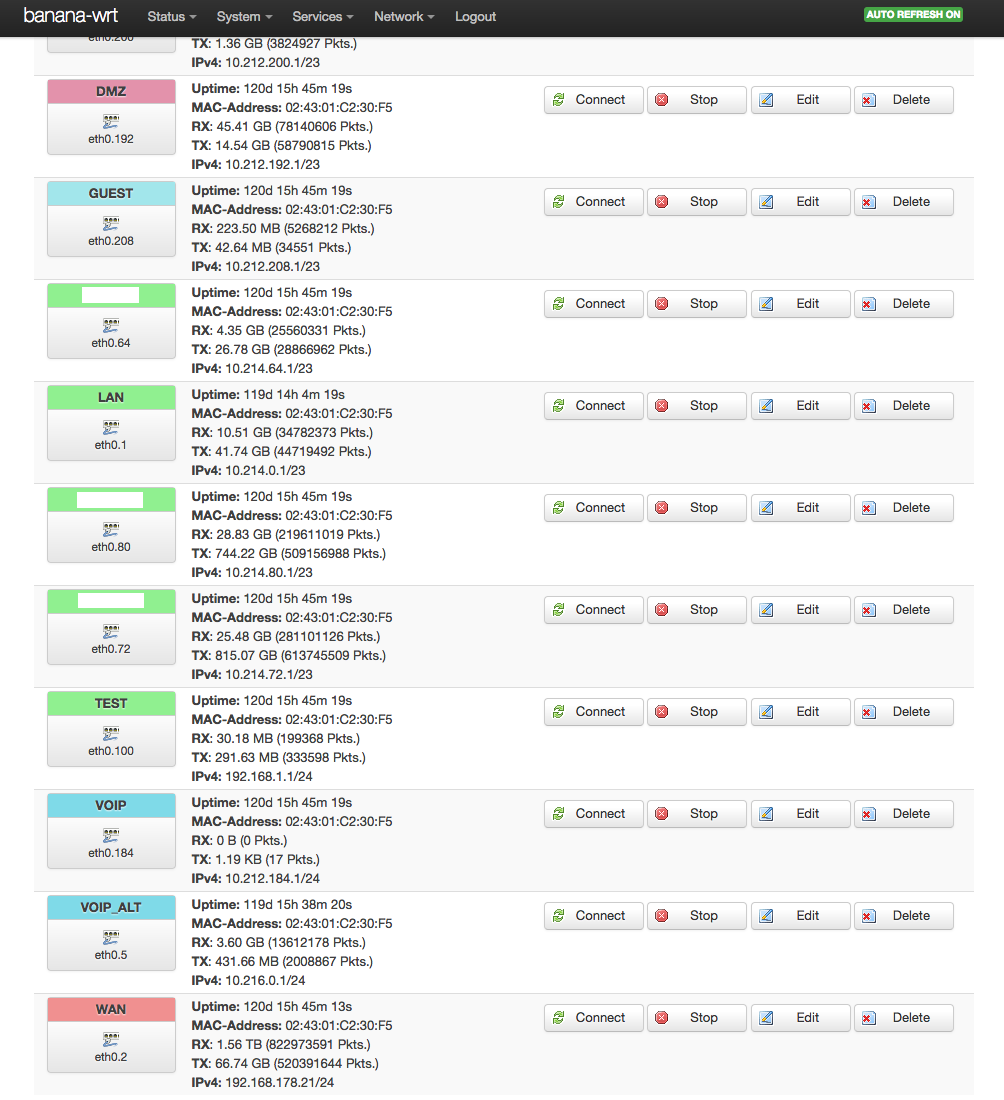 I use my router as router only (almost no WiFi and only one switch port used), so amount of traffic on LAN should roughly correspond to WAN traffic.

I bet there was a unfortunate cast to 32bit somewhere in Archer C7 fork...