I've followed VirtualBox tutorial and didn't succeed in getting it working.
On uci commit it fails with uci: I/O error: 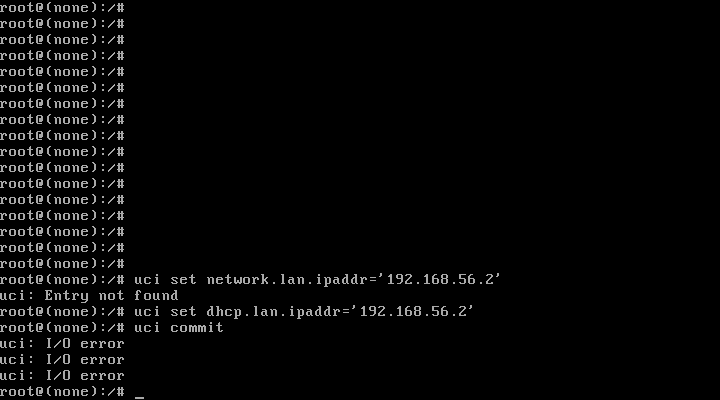 I've tried with the same result both stable and latest snapshot (had to change network with dhcp, not sure if it is actually correct.

Perhaps the filesystem is read-only? Have you checked the file permissions?

overlay is mounted as read-write, disk image is writable as well. But again, this is a stock combined-squashfs image prepared according to the wiki, if permissions are the reason, it must be an issue in build system.

if permissions are the reason, it must be an issue in build system

Yes, but we first have to find out what is the issue exactly, don't you think?
Have you tried to edit "/etc/config/network" by hand and see what happens?

I think there is something wrong with mounting options. /boot was mounted twice and I'm unable to write to /etc/config even though there is some space available: 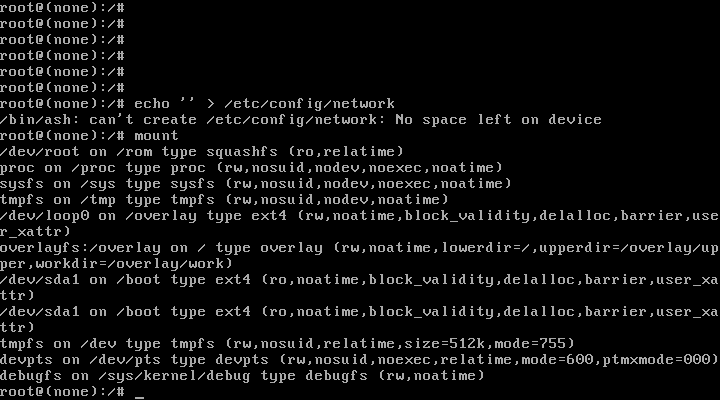 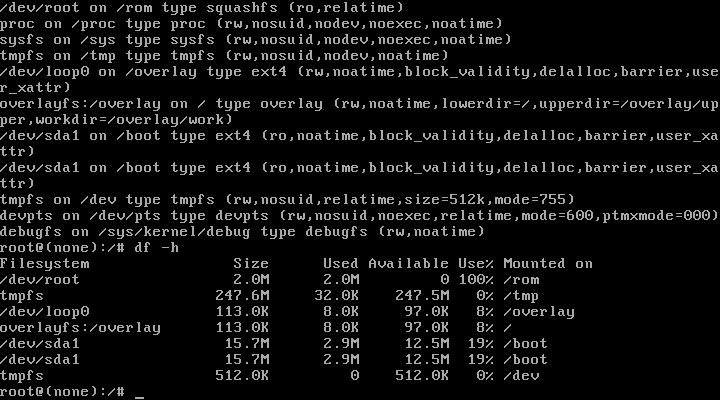 That overlay filesystem is just 113KB in size, that is way too small to run LEDE; and it probably has used all available inodes, hence the "No space left on device" message.

Any idea why is that filesystem so tiny?

The combined squashfs images need to be padded to become usable as VM disks.

I've padded disk before conversion like suggested in wiki, but I guess actual partition wasn't changed accordingly. I've just resized it to 100M, but partition is still the same size.

I had the same problem

This worked for me:

Interesting, resizing to 100M really helped. Maybe simple padding in wiki should be replaced with resizing to something bigger, what do you think?

This bug was very misterious...

If you read my thread you will notice that somebody postet this solution and deleted it again?!
Thanks to bash history I was able to restore the command...

So I don't know if this is the solution that is good enough to get into the wiki...

Is there more info on this bug? I'm not able to use VIrtualBox w/ the LEDEopenWRT.
I've followed the resizing instructions given above but I'm still getting 'no space left errors'.
In the VirtualBox Settings->Storage->disk image, the virtual size is 100MB, actual size 9MB. 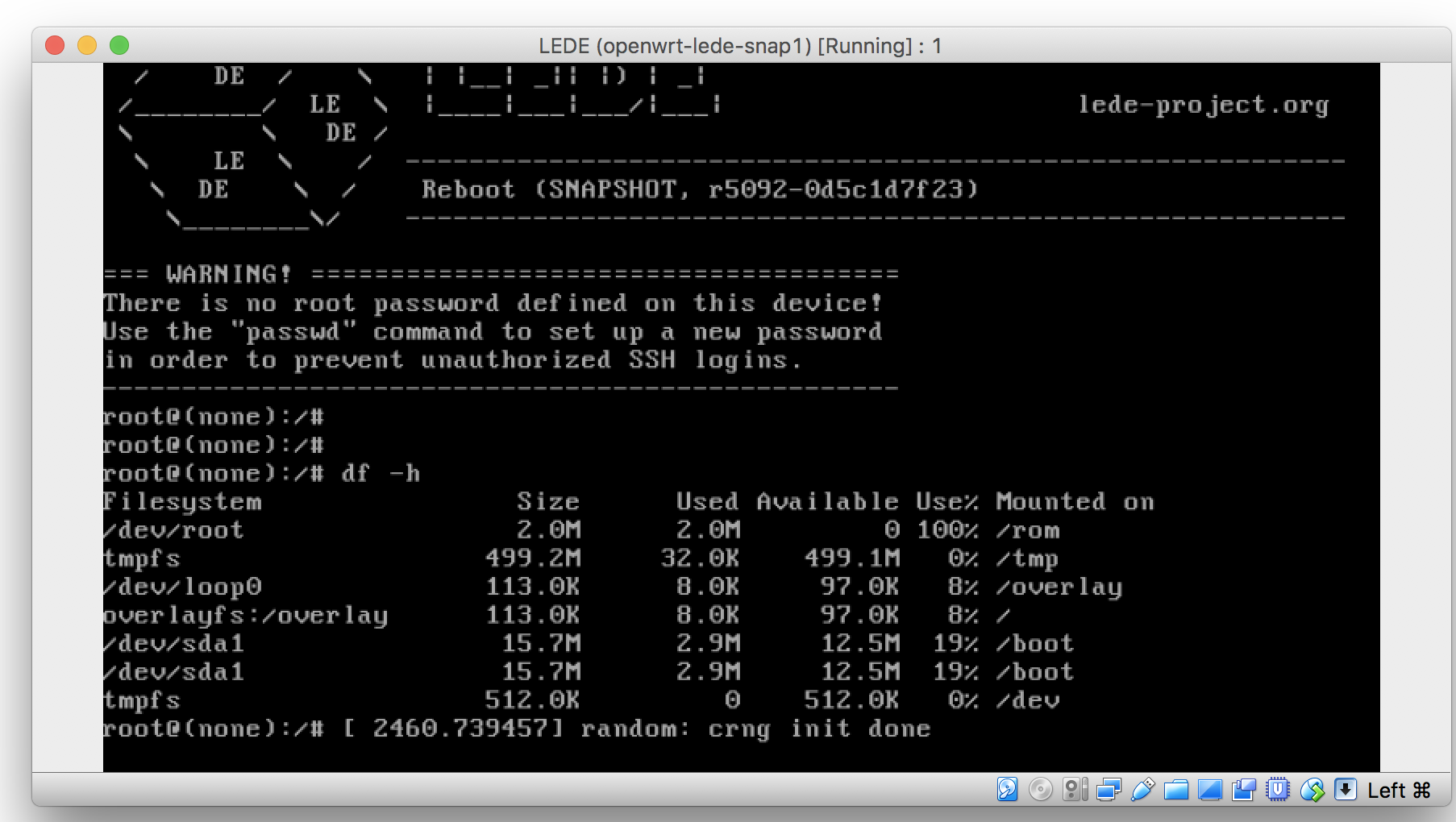 Are you trying to copy files straight to the filesystem? That will not work. However, once you resize disk to 100M as described above, it will install packages without issues.

Thank you for the quick reply.
it won't save when I update the root password, returns no space left.

what worked for you was running dd command w/ -bs=100, then running the VBoxManage convertfromraw on the new .img file. Did you also run the VBoxManage modifymedium --resize 100 command?

Also the uci show commands don't for the network connections, only for firewall.
I don't see any errors while it's loading up, but my load does not comply w/ the wiki setup instructions for VirtualBox VM

No, I've only executed dd.
Have you tried to change password using terminal? Try LuCI, it worked for me. Probably, there is some terminal command, I'm just not aware which one exactly.

I am using the Openwrt image and faced the same issue. The problem was resolved by just using the "dd" command (dd if=openwrt-x86-64-combined-squashfs.img of=padded.img bs=100M conv=sync) and using the padded image as an input to convertfromraw.

I got the same issues, incl. wasn't able to set a password in Luci.

Now i am using openwrt-18.06.2-x86-64-combined-ext4 instead.
No problems anymore and no problem in virtualbox with the ability to make snapshots.