Transfer and execute script from client, on router

I try to make a script to work with pc and router, kind of script in a script.

want to scp to router to send a script in a folder, ssh to router and run the script. Unfortunately, after scp and ssh to router, I dont know how to proceed, my script is ending after ssh, so I guess I need another script?

I would need your help.

Why are you scripting this from your PC? Why not just ssh into your router and run it there?

Just need another blank line after

Or is it not executing the prior commands after entering the router?

No, it shouldn't (unless the script has been run previously).
/root/ is actually the root user's home directory (equivalent of ~/)

The typical binary directories are

That is not /root/ 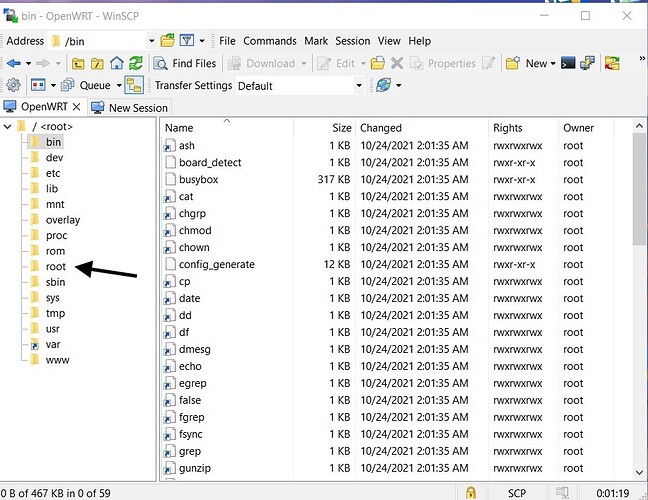 Don't believe me?? ssh into your router and then issue the following commands:

I have you on ignore

I don't worry about whether your posts are true or not.

In this case, there is a very significant difference between / and /root/ (or /bin and /root/bin), but I guess we do live in a post-fact world, so you may ignore the truth if you so desire.

@PerkelSimon - please disregard the below statement from @anon89577378 as it is incorrect:

When you execute "SSH" from a script, the script opens a remote shell, that will wait for commands. But the next lines on your script are not going to be sent to that shell, they are going to be execute locally, when the remote shell (eventually) ends.

What you need is to tell SSH the commands you want to execute remotely, like "ssh user@device command".

I could, but I want to do all steps from one script.

it is one script, just making several connections to the target.

I will try.
Thanks everyone.

I have to create it

But after mkdir command, I thought I needed to do exit, cause scp is from my PC not from router....?

Run logread -f and start the script. You will see that the connection is closed after each execution of the commands.

so it would be about the same if I want to scp a build to router and syupgrade?

EDIT: I tried it, it works, but cd/tmp ; not found

EDIT: I tried it, it works, but cd/tmp ; not found

just to chime in on this giving a different solution. You can also use a HERE document (heredoc) to send all your commands to a bash shell on the remote SSH server. That's more like your "script in a script" requirement:

Everything between HERE and HERE is going to be fed into your SSH client as is. So your script would look something like this:

BTW, you can replace HERE with any word you like that's not part of your script.