hey everyone
i was using OpenWRT for a long time yesterday i did force flash the stock firmware from tplink website then my router get bricked.

now the thing is my router is not detecting by tftp server I tried all the things found on internet but nothing worked.

really till now i have spent more than 5 hours to unbrick this router.

now i came to this forum to seek some help from experts.

im on windows 11 and already tried tftpd64 by juinion and also solarwind tftp.

already turned off the firewall.

i turned on the router by holding the reset button for 5sec nothing shows up in tftp server. 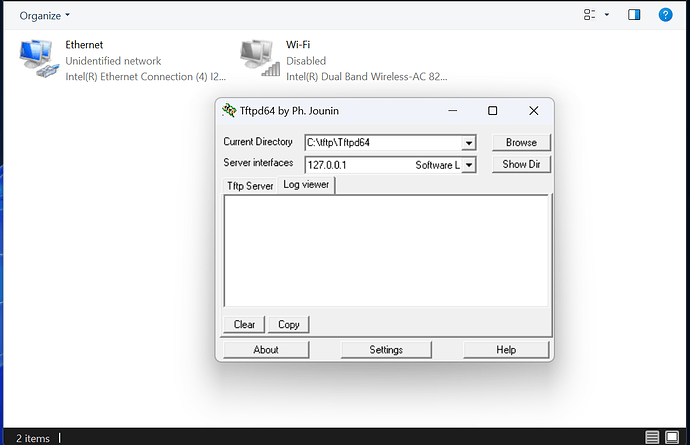 Then perhaps you should have written it, bro.

and whenever i turned on the router by holding the reset button it automatically switch to 127.0.0.1.

You may need a switch between them, so that your Ethernet connection does not drop when the device is powered on/internal switch resets.

You'll have to change it to the correct one.

but on ethernet adapter, it shows unidentified network continuously

but on ethernet adapter, it shows unidentified network 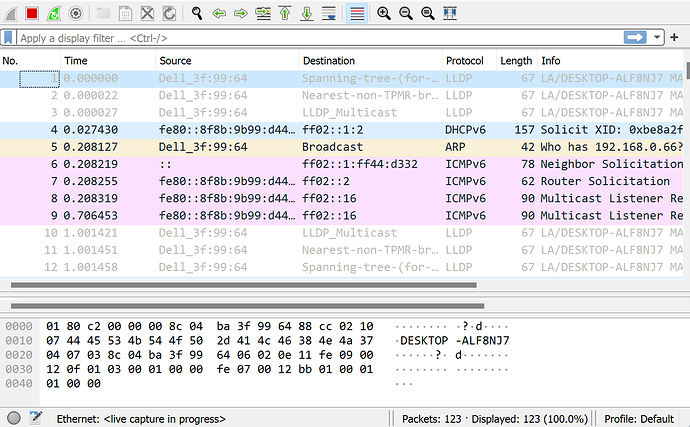 You may need a switch between them

You my need this between the TP-Link and Dell:

A network switch (also called switching hub, bridging hub, and, by the IEEE, MAC bridge) is networking hardware that connects devices on a computer network by using packet switching to receive and forward data to the destination device. A network switch is a multiport network bridge that uses MAC addresses to forward data at the data link layer (layer 2) of the OSI model. Some switches can also forward data at the network layer (layer 3) by additionally incorporating routing functionality. Suc...

Ohh I have to buy one I don’t have this ethernet switch.

Use " only one direct " cable between computer & router

tftp64 is automatic with tp_recovery.bin in tftp64 folder

Is you problem solved?

Use " only one direct " cable between computer & router

tftp64 is automatic with ArcherC6v2_tp_recovery.bin in tftp64 folder

Are you saying the Wiki is incorrect?

thanks man.
i was flashing the eu firmware in us router thats why it wasnt booting

i flashed the us firmware it booted successfully.

If the tftp succeeded completely is already a good sign, meaning that the bootloader is still mostly intact and both requests the (push-button) tftp transfer and accepts it, not flashing the image can have two reasons (well, one, caused by different circumstances):