I have the same device, bricked it for almost the same reason, the section where you should use a .bin image from OEM based on whether it has 'boot' or not is wrong, I didn't have the 'boot' in the image and therefore should've no problem flashing the original firmware back, I had the same problem with sysupgrade, it didn't work, so I used the mtd method, which bricked the device since it loops the same sequence with the LED's flashing, I also tried TFTP methods based on hardware similarities with older routers and failed.. I then bought a USB TTL device and used telephone wires for the connection.. a multimeter was used to check UART TX,RX,GND,VCC, and I'm not so sure it's the same as in the picture, from left to right, the first two have voltage of about 2.7 each the others don't, using a continuity test the 3rd was the only one to beep with other components in the circuit board and I deemed it to be GND, so if I checked it right the image holds up, yet after connecting GND, TX, RX and flipping both TX and RX, fired up 'screen /dev/ttyUSB0 and started to wait for something to show up (shorting the wires intentionally proved the TTY was working since it printed some characters), connected the device to its power adapter and nothing... after a few tries I thought maybe its something with the ground, shifting the ground cable caused a blackout... I have NO IDEA as to why there's no response... but it's very similar to this.

a few notes about the pictures: 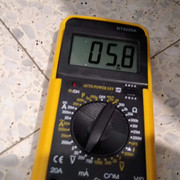 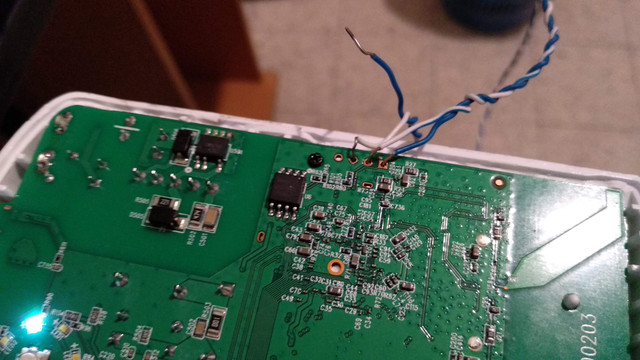 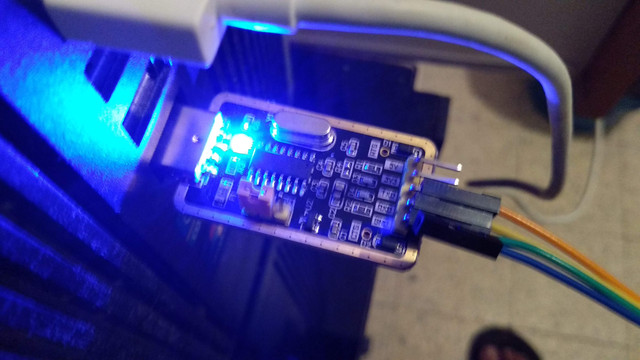 So I'm stuck and I'm right there with you @tplinkuser2

I don't like that telephone wire arrangement at all you should get three actual square pins and either solder them in or push them in the holes and tilt to the side so they make contact. The other end of the pins would go in the female sockets of your jumper wires.

I will need to acquire pins for that, might as well... I'll update if that helps.

Just want to share that I was able to unbrick my WA850REv2 using serial flash method.

Basically I followed these tips extracted from the posts here plus this link below:

Any specific doubts, just let me know. The process is straight forward for those with a low-level experience with serial firmware uploads.

The only issue I see is the original OpenWrt image size too big to be flashed as it is.

And use the openwrt-18.06.5-ar71xx-tiny-tl-wa850re-v2-squashfs-sysupgrade.bin to flash as already explained. Must work.

Important: now the device will be running OpenWrt without web interface. It's impossible to add Luci and required files to run web interface considering the small memory size WA850RE has.

I have been able to restore it

, but with firmware openwrt 18.06.5 sysupgrade. I think that with stock firmware is also restorable.
NOTE: I can't save the config settings with openwrt, erase all turning off the device. 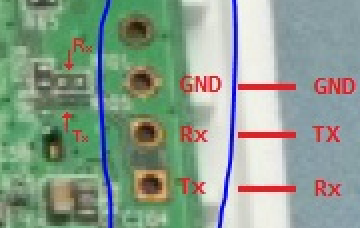 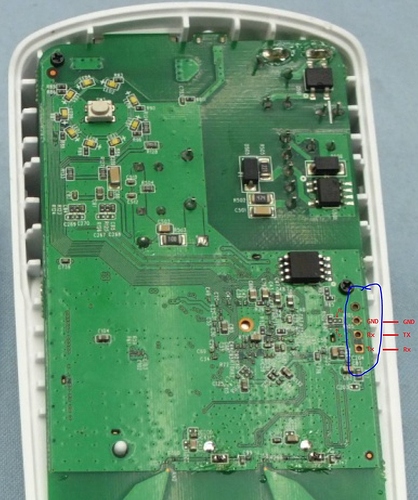 Stock Stripped Firmware
Note: I think that with stock firmware is also restorable.

Worked perfectly!!!
Unfortunately as you said it is not possible to save the settings

I tried to go back to the original but it didn't work
FW - https://drive.google.com/file/d/182lVNe3GPChYFoTjHx6QT2_-z8et8gaW/view

Right, the OpenWrt image size being too big for the device gives you this side effect (not being able to save the settings after reboot).

That's why I built my own image with Image Builder, without LuCI. I had to config everything using terminal, but after reboot, my config was there!

I did the procedure and it worked, I leave the firmware here without LuCI. So at least it is possible to save the configuration.

But there is no alternative to easy setup?
Wanted to go back to default fimware!

I made a custom build a while back that has luci and a little space avialable to save a few files for basic operation:

It Works very well
Thanks

please someone help me, i got same device, i already soldering the serial and iam using Prolific PL2303 Adapter. when iam using "putty" there no respon on putty. how to fix it?
thanks, sorry for my bad english

Either you have the same problem as me, or your TX and RX are flipped, if the problem persists, then go over these:

Result:
LEDs flash, 1 LED then the "circle" of LEDs, the same flashing cycle as before but no output given via serial port, device is probably completely bricked.

Pics (Can't do without them): 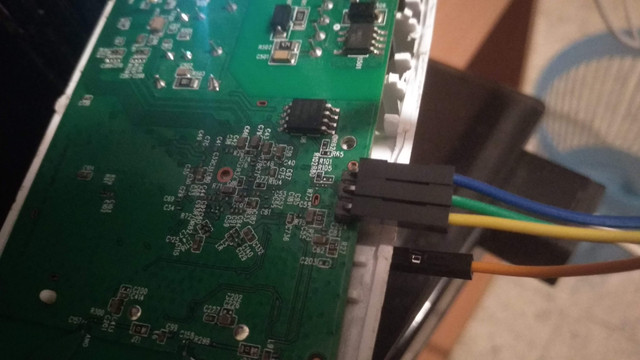 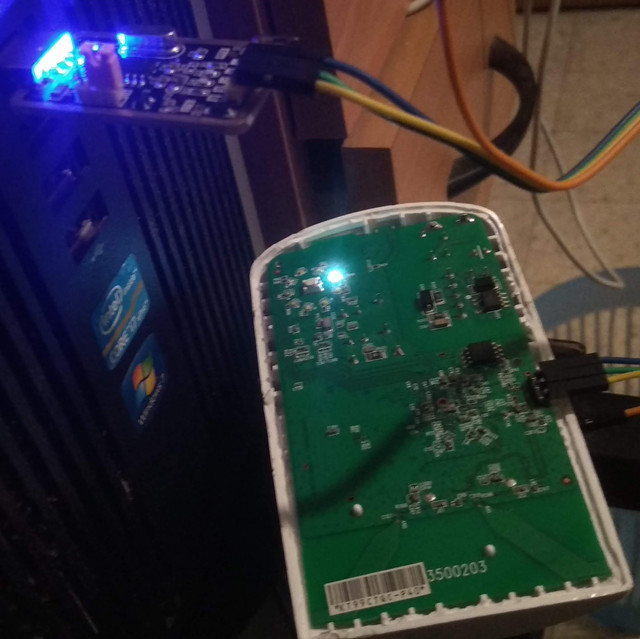 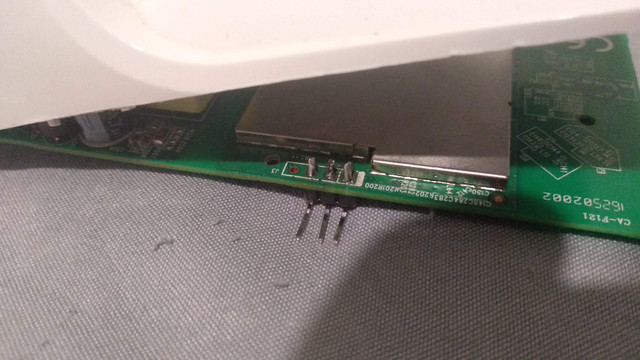 thank you for the information, but i given up, my usb ttl burning because i connect it to 3.3vcc on device to usb ttl and i dont have good tools to bridge that small point on the device.

By bridging he meant to short them if I'm not wrong, in order to change the serial mode (https://openwrt.org/docs/techref/hardware/port.serial#serial_modes), it's possible with a simple telephone wire.. you simply use it to "bridge" between two pins.. careful though... a bit unstable with your hands you will get jolted (like I did), I tried to do so with GND+TX and GND+RX.. no change... device is probably completely bricked... at least I can finally give it up.

dont have good tools to bridge that small point on the device.

As @freezeheat, any thin wire would do. You can also use your phone as a magnifying glass while working.
Check this for info about what to connect

Hi Janos, Right, looks like you are missing this step only. Without it, no comms at all. I faced the same. I'm uploading a new pic with the 2 pair of soldering points (yellow circle). [wa850reSerial (2)] You have to make sure you link the two points for TX and the two points for RX as indicated by the red arrows in the middle of the yellow circle. Not easy task to accomplish. They are very small points, and you have to be very carreful to not short circuit any other points around the ones y…

And while you are at it, would you be so kind as to take a clear photo of those points as requested by @tmomas

It would be great if someone with the device at hand could take some better photos of the PCB, including the serial port area, including the soldering points to be closed. The devicepage https://openwrt.org/toh/tp-link/tl-wa850re#serial would then be the place to add this new and better photo. See https://openwrt.org/meta/adding_images_to_openwrt_wiki how to upload photos to the wiki.

i dont have good tools to bridge that small point on the device.

Check the last reply in this post. It has some links to clever ideas of how to manage to get access to tiny little points. It's a different device, but can inspire you. Howto get easy safe serial access to the BT HOME HUB 5a (bthh5a)

The same thing happened to me, those who have trouble soldering the points on the board connect them directly to the point without soldering it (by hand).
As I said, I only use RX device(wa850re), and TX TTL USB adapter.

In the image I see that the points are not soldering. @freezeheat @eza1 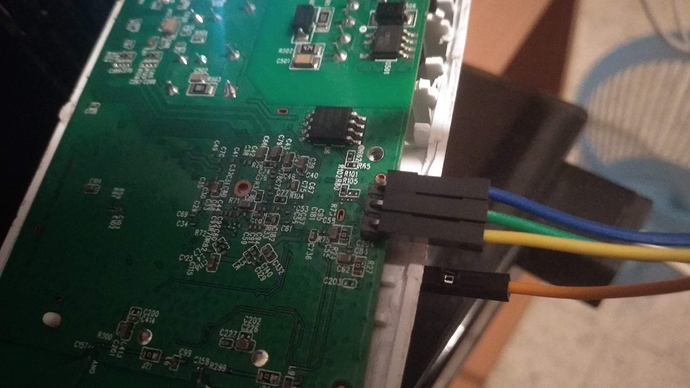 thank you for the information and tips you given to me, here some picture what i done before