Good day. I bought a TL-MR100 4G LTE router hoping that I could use it for my existing sim card because the ISP's router's antenna SMA connector was broken so I can't get a good signal now. Tried repairing it but the result becomes worse as a drop of solder was in contact with the mini resistors in the board of the router and when I took off the droplet, the SMD resistors came off together with the solder XD.

Unfortunately, the sim card won't work with the TL-MR100 as I later found out that the sim card is only usable on specific devices with certain IMEIs. The TL-MR100 is already costly and if I bought another router from my ISP, the sim card would be of no use anymore since the router that they sell has already a sim card, and another cost to pay.

My question is, is there any way I could change the IMEI of this router using OpenWrt? I have the IMEI of my ISP's router so I guess I can use this one as a substitute. I really need this for my sister's online class next week and so far I can't get any solutions in the net. I hope you can help me. Thanks in advance.

is there any way I could change the IMEI of this router using OpenWrt?

NO, because IMEI is unique to each device's modem - see here
maybe (very very small chances though) you could use the ISP's modem inside the TL-MR100 and then you can have the same IMEI...but don't think it'll work...

Thanks for the feedback. I have a network-locked pocket wifi (the same ISP of the router) and it can't accept the SIM card too. I did some research and openlined the pocket wifi, using the IMEI of the router as the pocket wifi's new IMEI and it accepted the SIM card though, so I think it will also work on the tp-link's router, provided I have some way of overwriting the IMEI on it. I can't find anything related to MR100 though on IMEI changing.

The pocket wifi's signal strength is very low though, and would need some modifications on the inside by soldering an SMA connector and plugging an external antenna, but it will require more work and the bandwidth is limited on a pocket wifi, slowing down the network when a lot is connected, and having around 50Mbps bandwidth only, compared to a router with 300Mbps and will allow more bandwidth. Please correct me if I'm wrong.

Also, we are on a remote area so the signal is kind of weak so I really need an external antenna connected.

yeah, i did research for weeks too on openwrt for tl-mr100 but to no avail. anyway, thanks for your time helping me. I greatly appreciated it.

I managed to get to the terminal and AT commands, could not find suitable commands to change IMEI 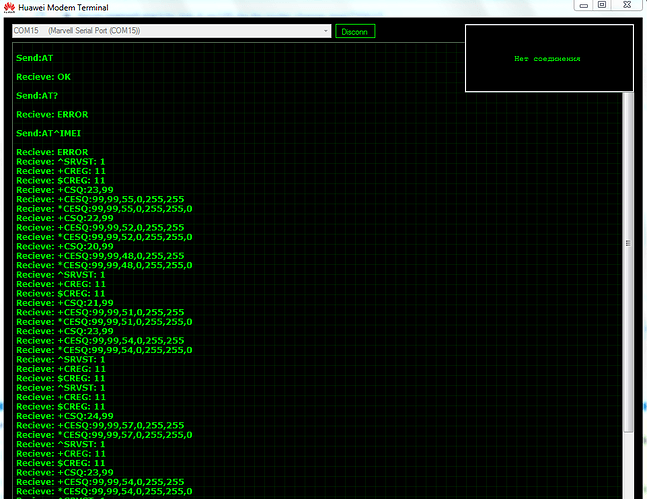