There appears to be a recent 'variation' of the TL-WA901ND v5 access point, which just boot loops after installing OpenWrt.

I'm having exact the same problem with 2 new units from the v5.
After flashing the openwrt image it boots into the bootloader but then exits as it cannot find the image.
Restore to stock firmware did work.

I tried it also with some other openwrt firmware that works on my other v5 accesspoints, but also didn't work

Often the problem is that TP-Link switched to a different flash chip which is not in OpenWrt's list of supported flash chips.

Can you connect serial to one of the non-working units, or at least look inside and read the label on the flash chip? 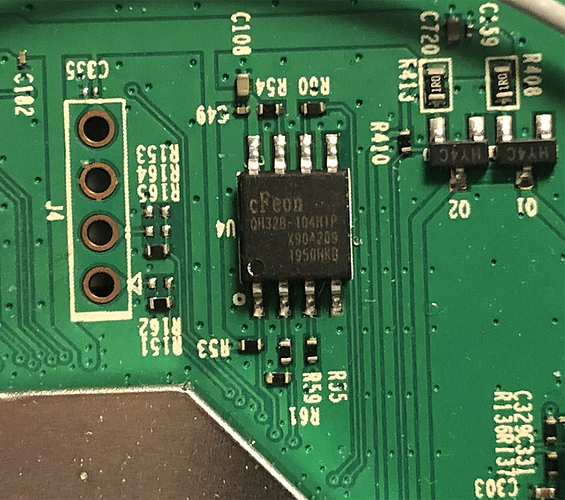 Thanks for your help on this. Please see pic, marking appears to be cFeon QH32B-104HIP
I hope I have the right chip here.

Yes it looks like the early production was a different chip: 25Q32CSIG.

Hi mk24 --- Any solution / suggestion to get this working with the different flash chip?

Anyone have any suggestions in getting OpenWRT to work in this TL-WA901ND v5 variant with the QH32B-104HIP flash chip?

Support for QH23B-104HIP was added in kernel v4.18. It may be simply backported into older version.
Add line

into drivers/mtd/spi-nor/spi-nor.c and recompile firmware.