Needless to say the router seems bricked. The power led stays ON forever (it never blinks) and the reset LED blinks only once at the very start.

Is the Hynix HY5DU121622DTP-D43 incompatible for the TP-LINK TL-MR3020 v1.9 model? The soldering was done by a professional and was checked under a digital microscope.

Did any of you upgraded the RAM of yours too? If so which chip did you use? Thanks in advance. 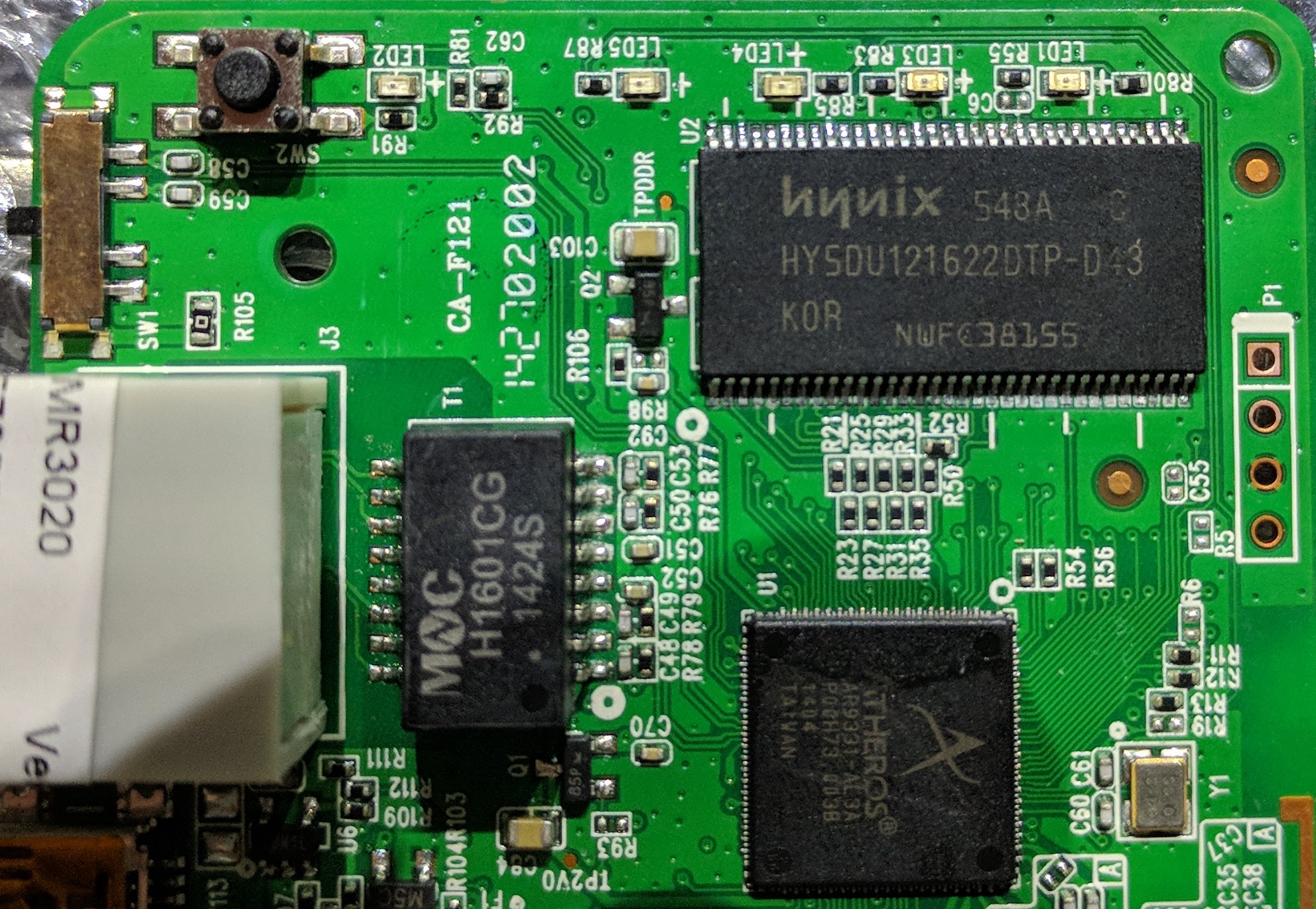 What does the serial output say?

I can't get the serial to show up anything. I tried with CP2102 USB serial converter.

Before and after powering the router: 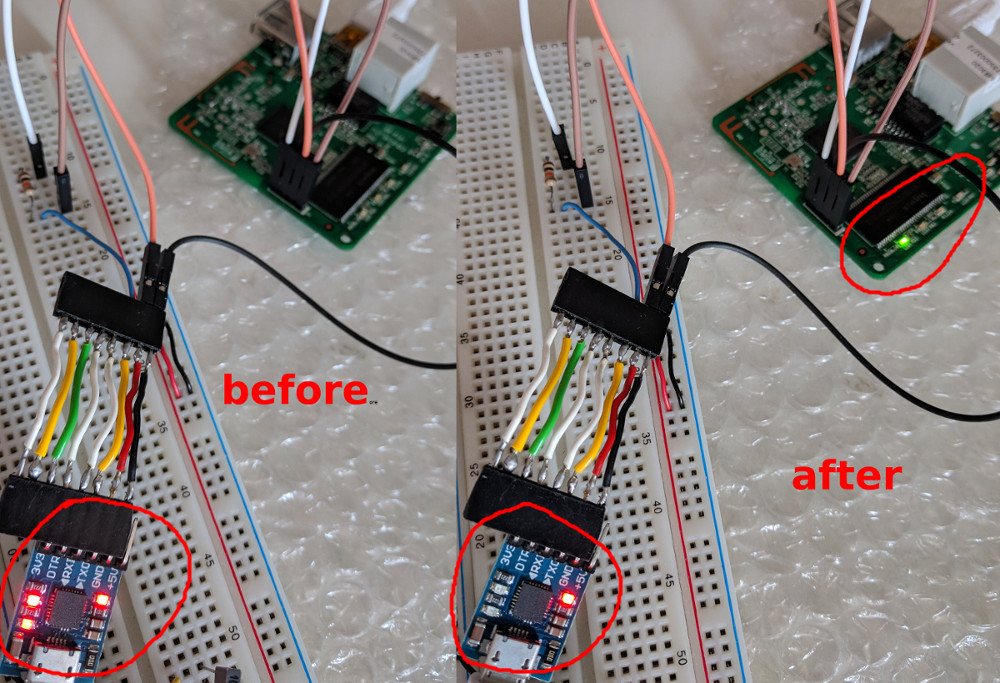 No blinking leds at all. If I unpower the router its power led stays on for some reason (it only gets less bright).

Tried with and without the 10k pullup resistor same results.

Maybe I should also point out that for some reason that the RAM chip doesn't have the notch on the corner to mark PIN 1. I took as reference images from the Internet.

From your picture it looks all correct. But basing that on info in TOH. Its possible the TX/RX have been mislabelled. Try swapping TX(Orange)/RX(Brown) wires on the router side.

The LED stays ON even if I don't use the pull-up resistor. See .gif below. 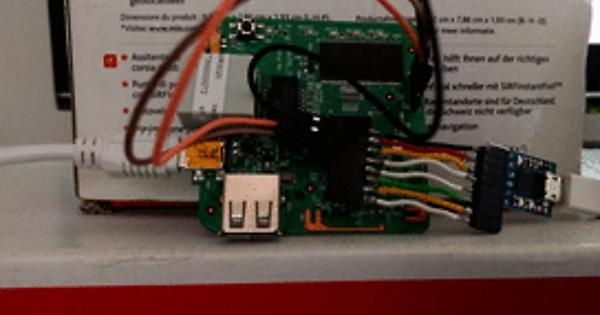 I add also board booting without serial connection (same leds turn on): 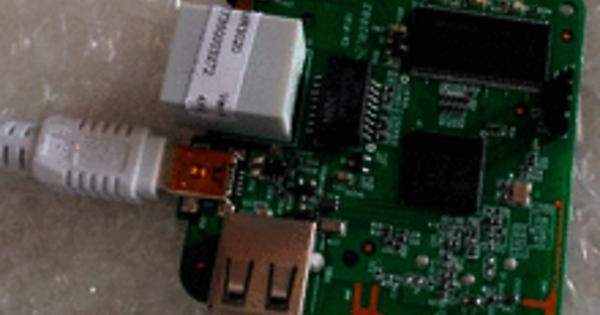 No luck with swapping TX and RX. Same behavior.

this info i got from old openwrt forum member:

eventually i gave up on my mod attempt

From your picture it looks all correct.

So it depends on what technology the UART IC and the board in general is using. Best way to find out is to measure voltage between GND and VCC on the board.

Best way to find out is to measure voltage between GND and VCC on the board.

I think we discussed this in another thread. When unsure, always use a voltimeter (multimeter) to check.

Thank you all for your replies. Since the guy who soldered the chip won't be able to do it again (he'll change job soon) I asked him today to solder back the old chip. And he did... And 2 pads popped out during the process... 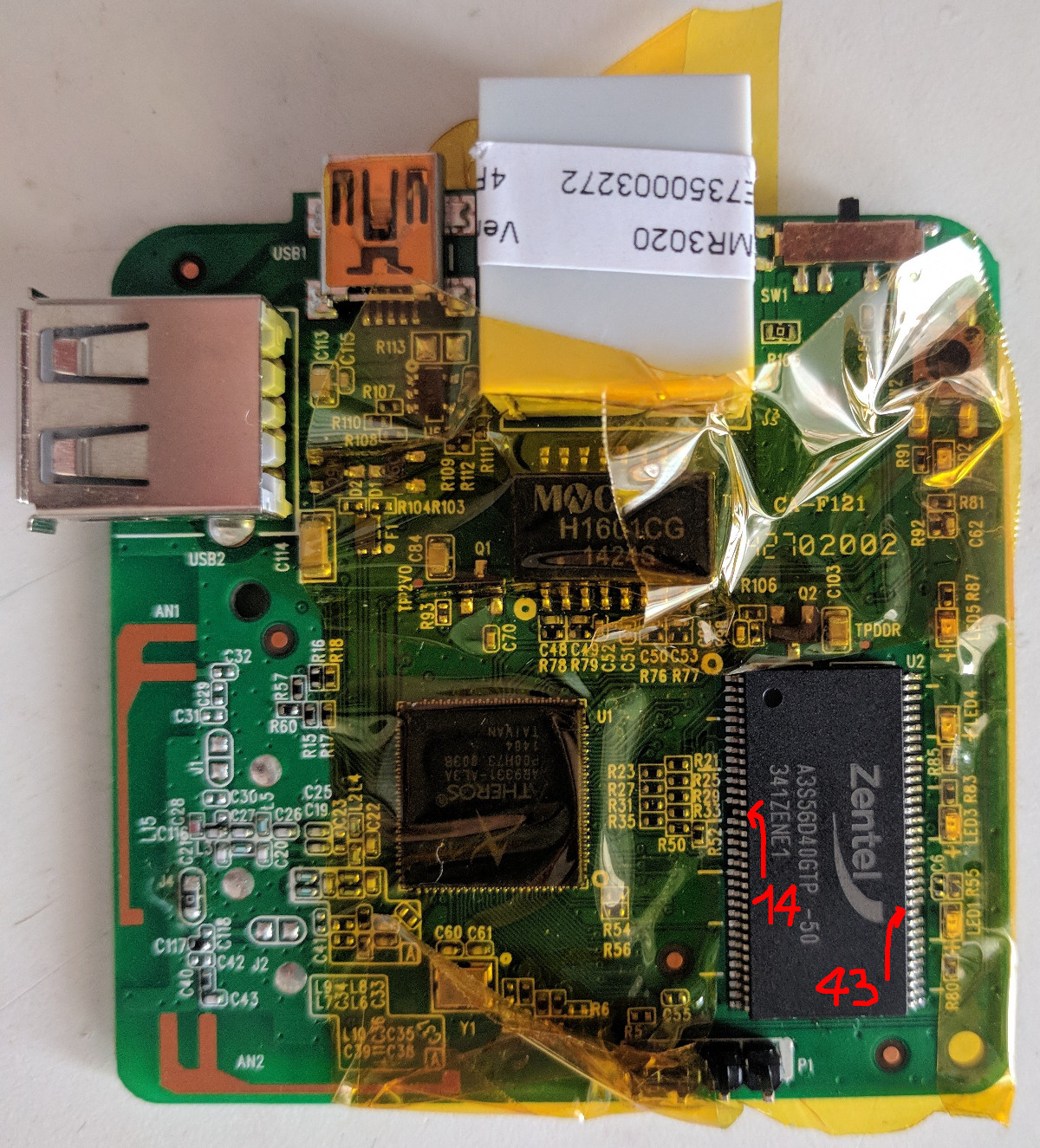 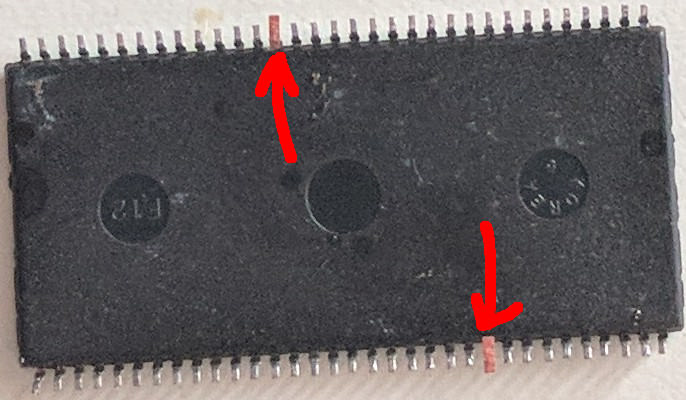 But unfortunately the router exhibits the same behavior as before, with the power led staying on forever.

Maybe I'll try to do more tests or maybe I'll just give up. I'm starting to think it either got damaged during the upgrading process or I had a defective IC which damaged the router. I don't really know at this point.

If I find something I'll keep you updated. Thank you again.

For replacing ram chip with tsop-66,

Any JEDEC standard DDR1 should interchange, they are made to meet the standard.

I have upgraded a MR3420v1 and the original boot works fine with 64M. I think there is a small ROM inside the SOC which probes and initializes the RAM before it even starts to boot from the flash.

The soldering was done by a professional and was checked under a digital microscope.

visual check is insufficient. see my photo: the chip looks like is soldered fine, but there is no connection. multimeter confirms it. after flux+iron rework, connections appeared and the upgrade worked 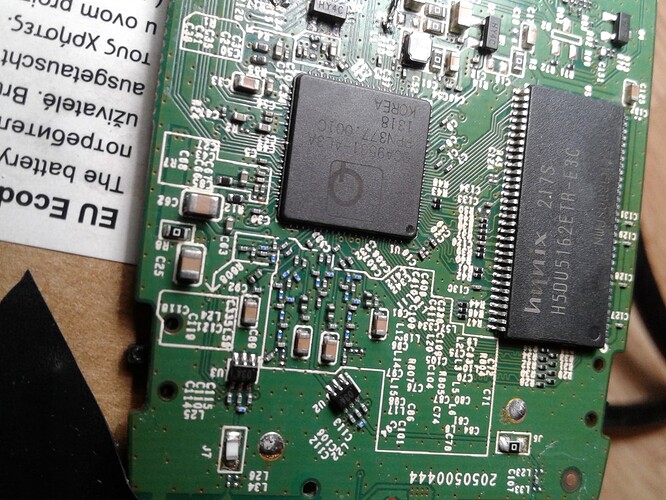 Please check my thread: TL-MR3020 v1.9 HARD BRICKED
I think that you had the brick same as mine so my solution should work for you with or without your new ram