Sysupgrade logs: where are they?

I'm experimenting with the master branch to deploy ath11k module to my bananapi r64.
but, and I do not know why, when I sysupgrade a self-compiled image, it doesn't work:
I can see this at the kernel version: the installed kernel 10.109 is different from the one I compiled in the image (10.110).
Any clue where sysupgrade stores its logs?

It doesn't store them.

Too bad. Any suggestion how I can find out what's wrong?
I also built the emmc image, but I do not have a clue which offset I need to pass to dd

is there an easy workaround to simply write the sdcard.img to a mtd device?

...so I guess that should be mtd2 (but I may be wrong, no idea how UBI works)

Which block device do I need to write to?

Which block device do I need to write to?

Did the Wiki instructions say do this?

This can seriously brick a device.

Apparently, it DOES brick the device:
The only way it is bootable right now is via tftp recovery, no idea why it always goes that way, but fw_setenv doesn't seem to be helpful

The only way it is bootable right now is via tftp recovery, no idea why it always goes that way, but fw_setenv doesn't seem to be helpful

This is usually how you install OpenWrt - boot using TFTP then flash the sysupgrade file in the web GUI.

In most devices, you don't need to edit the bootloader environment.

As you are using BananaPi R64 which is MediaTek MT7622 you have the luxury (or obstacle, depends on the perspective) of a recovery/production dual-boot scheme which also checks pstore/ramoops.
If your custom build happens to crash, the board will automatically reboot into the recovery image instead, so you can examine the reason for the crash (instead of being stuck in a boot loop).
Most likely this is what you are experiencing.

First of all, you can see if you have booted into recovery more using

To see what happened, you can check the logs in pstore, ie.

should give you an idea why the crash has happened. In order to make the bootloader go back to boot into the regular production image, you have to clear the logs in pstore, ie.

So you will not necessarily need a serial console for debugging -- this is why pstore/ramoops can be considered a luxury (if you know that it exists).

Let me know if you need further assistance -- I got the board sitting here on my desk and can help you figure out what's wrong with your build and/or why sysupgrade doesn't work.

It also looks like (from the /proc/mtd and blkid output) you have previously attempted to write things to the SPI-NAND in a way which will most likely not work. See the OpenWrt wiki for this board to learn how installation of OpenWrt to either the SPI-NAND or eMMC works: 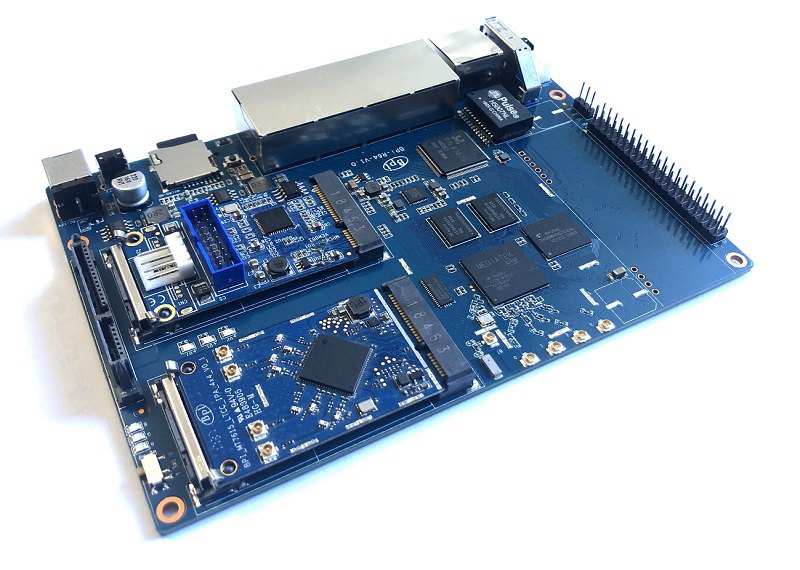 Unfortunately, I guess I f***ed up: I followed the wiki, but /sys/fs/pstore is empty and it still keeps rebooting into recovery:
Every time I boot it, it simply waits until the remote device 1.254 is online before it gets alive.
Tried cold reset, warm reset, flash_reset, ... but nothing worked.
I'm not sure why it doesn't work in the first place

EDIT: this may be a clue:

a ram device does not survive a reboot, does it?

a ram device does not survive a reboot, does it?

the pstore kernel crash pstore survives a warm reboot, but not a cold boot (power-off).
See background info at https://www.kernel.org/doc/html/latest/admin-guide/ramoops.html

unfortunately, I couldnt find anything useful up there.
So, I'm summarizing:

but it doesn't work,
after reboot, it simply picks up the recovery server again, it doesn't boot otherwise.

Any clues which file I should force where in order to make it boot?

Apparently, it DOES brick the device:

Wait, you tried something that could brick your device?

Why do you keep trying to raw write when I thought we covered that wasn't OK.

Any clues which file I should force where in order to make it boot?

Have you tried what was suggested to you???

usually how you install OpenWrt - boot using TFTP then flash the sysupgrade file in the web GUI.

Why won't you try this installation method - instead of doing things known to brick devices?

You know - the device page give you clear instructions.

(If you don't understand, feel free to ask.)

That cannot work because you are writing the image intended for the SD card to the internal eMMC (which is a similar, but yet different thing having hardware boot partitions which the SoC wants to use)

Do not wildly write things manually to any partitions of the eMMC or NAND flash, it will only make things worse.

Because trying is fun ...
And yes, I'm bricking my device, but without try-and-error, I'll never be able to make a ath10k, ath11k, and mt76 work together to have an ap for all 3 frequencies.
Yes, I know it's annoying
I tried wiki before asking things, but if it doesn't work, I also want to know why.
And due to all help here, I'm learning a lot about embedded programming

and my mistake is clearly at position 2-3:
while I tried a separate SDcard as well, I thought setting fw_setenv bootcmd ... from recovery would be sufficient and a separate reboot would not be neecessary