[Solved] OpenWrt as AP - PC has internet access but not router

I can access internet form PC via OpenWrt AP, but I can't ping from LuCi, and I can't download packages vi SSH.

Am I missing something? 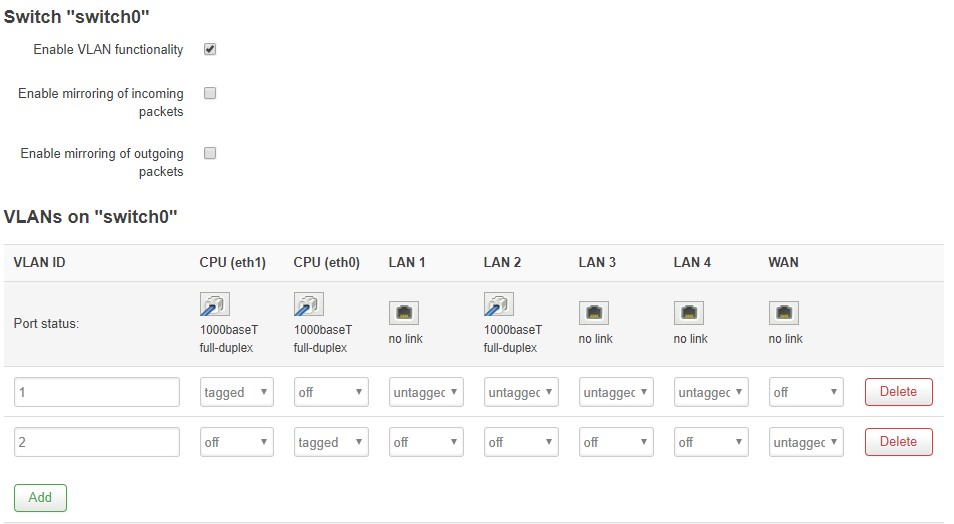 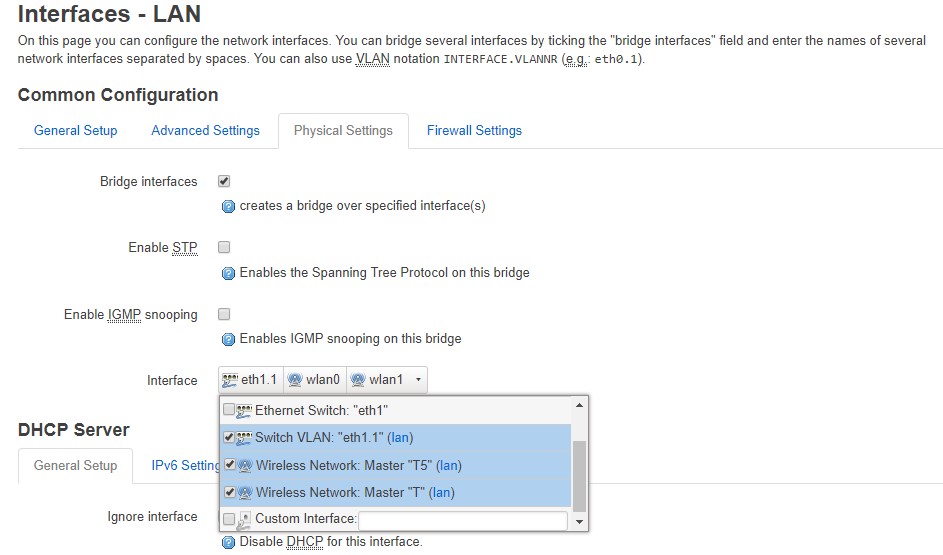 Thanks @vgaetera. It doesn't work though.

What are your general firewall configs, do you allow forwarding on LAN?

Tried that, didn't work. But not sure what VLAN2 has anything to do with it. WAN port isn't used.

What are your general firewall configs, do you allow forwarding on LAN? 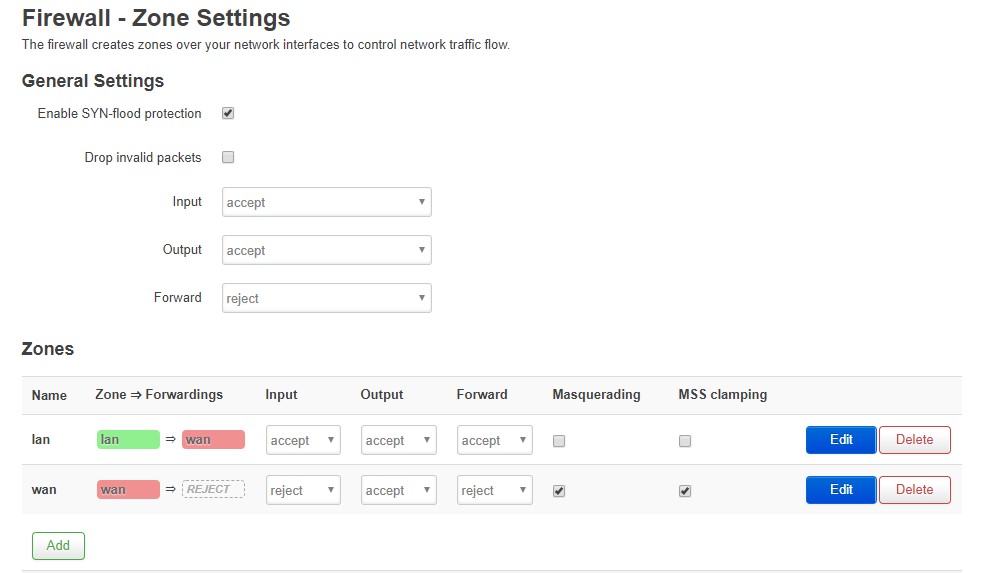 What happens when you delete the WAN?

After all, it's just an unused PPoE interface.

@lleachii
Deleted both WANs, VLAN2, and the Zone for it. Still not working.

I must say that I earlier reset the settings; not sure if that messed something up.

I think I will just re-flash.

OK it starting to make me crazy!

Before flashing, I tried soft factory resetting as below. The result is that new setting (e.g. SSID and security) weren't saved after I restart. It made me doubt that I forgot to apply the settings before restarting (PC is away from the main router, so I have to keep moving OpenWrt router over when I need to connect with a cable). Anyway, after few times of applying the settings and losing thme after restarting, I just re-flashed (it's the same version I had actually, except that I used sysupgrade copy of course).

Anyway, after re-flashing, the problem of the OpenWrt router has no internet connection and not being able to ping the main router form LuCI (LAN to LAN connection), even though I can access internet when connected to OpenWrt AP! I also tried a cross-over cable, thinking that maybe one of the two router isn't smart enough to recognize that at the other side it's a router not a terminal, but that didn't seem to make a difference.

So I had to connect the cable to OpenWrt via WAN (still DHCP client, different subnet though) in order to download the packages I wanted to download. But that's not an ideal situation for two reasons:
1- I wanted both router to be on the same subset for convenience.
2- I wanted OpenWrt WAN to be configured for my PPPoE, for easy swap when the other router if and when I need to do so.

Assuming that firewall is not involved, addressing, routing and resolver looks fine, so I'd make a guess the issue is somewhere deeper than network layer at least.

@vgaetera I played with the different settings of the firewall, but it should be straight forward, as far as I understand. They are all on the same VLAN1 and in the same zone. Moreover, I could ping 192.168.1.1 when I am connected via WAN port (DHCP client, 192.168.2.2), so how can't I ping it when it's the same interface and same subnet?

Try to change LAN-interface MAC-address.
Although it's unlikely, but the symptoms are the same as MAC-address collision.

Thanks @vgaetera. That did the trick! Changed MAC address of OpenWrt LAN, and now OpenWrt has access.

Then with further investigation, it looks like a static IP lease for the OpenWrt LAN MAC address in the main router interface (was there from previous trials) was causing the problem. So reverting OpenWrt MAC to its original address and removing the static IP lease entry from main router solved the issue.

It's good to know!