[solved] Can we add usb-RJ45 adaptor to add another Ethernet port on a pc using openwrt x86?

A mini EEEPC only has one NIC.

Can we add a usb-RJ45 adaptor to add one more Ethernet port for it?

If yes, how to install driver for it?

You'll need then to make sure your Ethernet dongle is supported, and install the appropriate driver, depending on the specific chipset used in the dongle.

Sorry, newbie here with basic questions. Is there any advantage in the hardware of a wireless router (antenna, etc) that a laptop doesn't have? Would I need to attach external wireless hardware to a laptop, to make it comparable to that of a wireless router? If I were to use a laptop, would openwrt be the best software to use? Is openwrt specialized for hardware with low system resources, such that there would be better router software to use on an x86 machine?

Hello all, I'm new here, so nice to meet you all in advance. Here's where I'm at in all this. I am an older gamer that is trying to take care of the bufferbloat problem to my Xbox One and keep the rest of the family happy. I made the mistake of thinking gigabit service would help and things seem to be worse for the gaming. The are five people living here, all with laptops and smartphones. There are five Roku's and one smart TV and also two normal PC's....sometimes more, depending on what I'm up…

[solved]OpenWrt on EEEPCwith only one wired NIC. How to config to connect to Internet?
longwangwl October 29, 2018, 7:39pm #3

It's a StarTech USB 2.0 to Gigabit Ethernet NIC Network Adapter 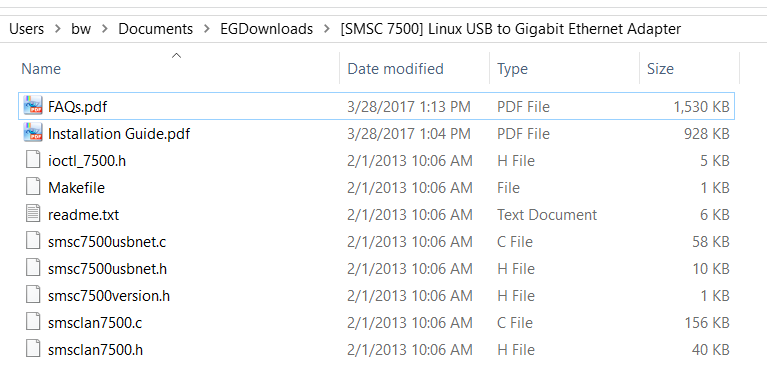 What to do next?

Here is the datasheet 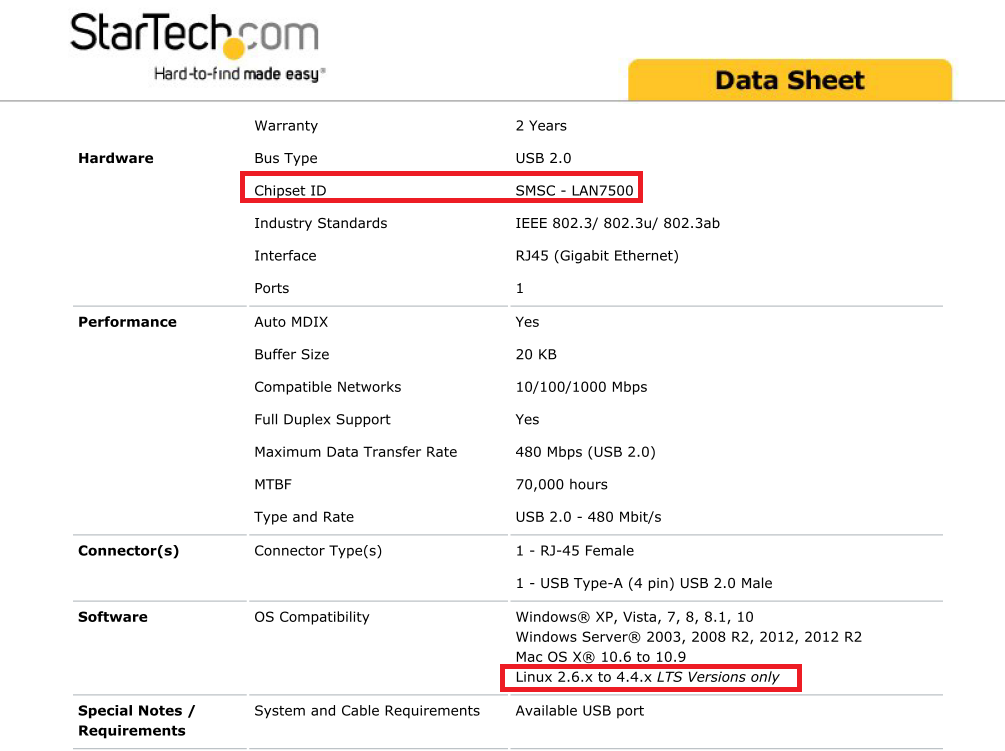 Is the chip supported by openwrt?

I'm new to linux and openwrt. Please help to indicate what to do next?

It's likely that the chip is https://www.microchip.com/wwwproducts/en/LAN7500

You'll need the driver compiled against the OpenWrt kernel. I didn't immediately see one in the list of packages

I know that the AX88179 has good support under Debian/Ubuntu. I've heard that it works under OpenWrt, but have not tried it myself. For well under $20, that is the path that I would take.

Found something from openwrt. Not sure if helps. 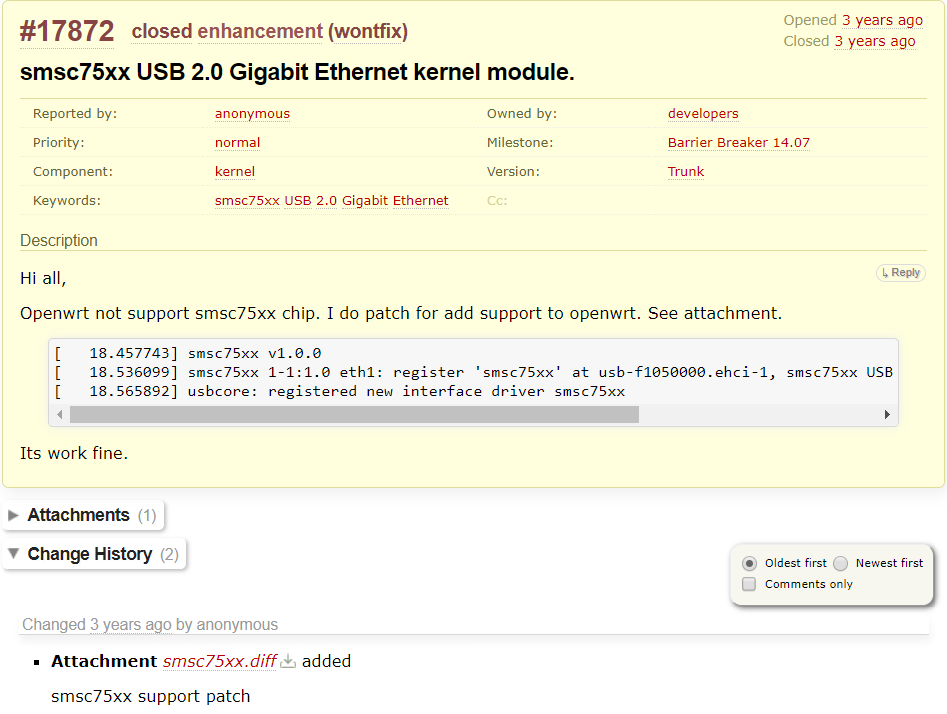 Have you had success compiling the driver from the ZIP file?

That's I don't know how to do.

A patch from three years ago, that was rejected, isn't a good omen.

Building a kernel module from scratch isn't a typical task for an end user without kernel/OS experience. It may build in place if you can get the same version of headers as the OpenWrt build uses. I believe the x86 and x86_64 builds are using kernels past the 4.4 line.

You could have a supported dongle to your door for under $20 in less time that it would likely take to write the package and resolve compilation issues. Not to mention that the device you have is limited to USB 2.0 speeds. Does the EEPC have USB 3.0, or are you just stuck with USB 2.0 (and, as a result, 400 Mbps rates)?

If you want to try to build the driver yourself, I'd start by installing Debian on a VM, if you don't already have a Linux-based development system. Then read the readme.txt file for next steps.

Your suggestion is to buy a usb-RJ45 adapter which already known supported by openwrt and make it working. Understood now.

I just want to try and learn from what I have at hand. May enjoy the procedure of solving problem and making progress with the help of you guys and my own effort. It is not that urgent to make it work. My EEEPC is also very old which only has usb2.0 .

I have the latest ubuntu VM at hand.

yes we can add a usb-ethernet adaptor.

Modified the usb.mk file to add SMSC75XX part as shown in the above Ticket #17872.

Compiled for x86-generic yourself. In menuconfig, selected the item SMSC75XX to modify the configure.