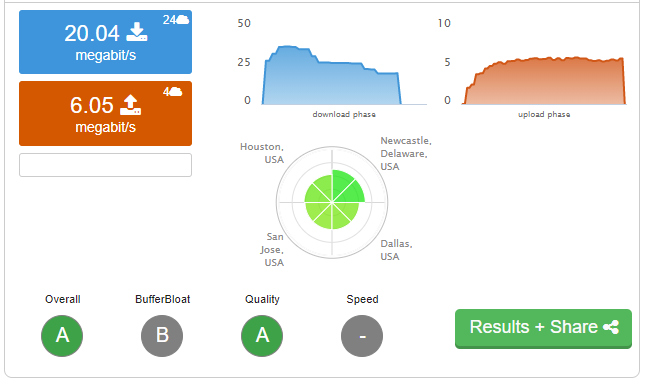 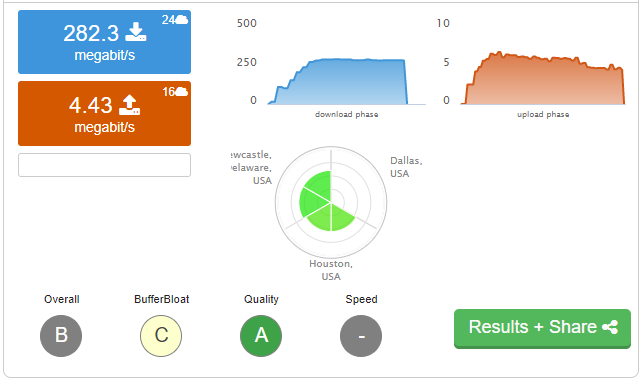 My pc's network adapter says 802.11b/g/n and my phone is less forthcoming with details but I'm certain its the same.

So it seems its not a problem with the devices, but rather something on the router that is slowing it down.

Everything else in openwrt is so incredibly easy to set up so if I can get this rectified I'll be thrilled.

What is your reference to compare wifi? stock firmware? other APs?

25-50mbit is a good range for older wifi-n equipment, with or without OpenWRT. It won’t get better, I am afraid.
Newer AC equipment may have slightly better wifi-n performance as well, but not much.

You need wifi an wifi-AC AP and have AC-clients to get into a range of 100-400mbit (depending on distance) with OpenWRT. (I would advice against wifi AX equipment for end users until more maturity is reached in OpenWRT drivers)

I didn't test anything other than openwrt because everything always worked adequately and I didn't care. But after flashing openwrt my firetv stick was acting up and taking a long time to load things and I assumed the firmware switch was the culprit. Maybe everything will work fine tonight when I watch some tv and this will end up having been a waste of time.