Hello. I am currently shopping for a home router and I would like to hear some opinions as to what's available at the moment.

These are my needs:

OpenWRT support is "good enough", meaning that both radio bands work with good performance using only the open drivers. PPPoE is of course supported by OpenWRT regardless of the device (I'm using this setup myself).

Unless you have special needs with respect to VLANs, you should be good to go with this one.
If you need to have separate main and guest "wired" networks on the switch, at the moment this is not easily possible. 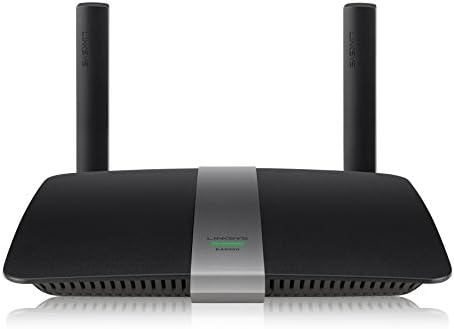 The ISP speed is a primary concern, this determines how much CPU you need in the router.

Any OpenWrt install can interact directly with a pppoe modem.

For those not familiar with it, some of the reasons it is attractive for up through moderate-bandwidth requirements are

While, by now, they all should be v3 units, as the v1 and v2 units are very different and are not supported, confirm on receipt and use right of return if not a v3 unit (would be old, stale stock, if v2 or earlier).

Which is more expensive? Here in Russia they are sold almost for the same price. Zyxel is a bit cheaper. Both ~ 80 Euro.
I see no reason for Linksys be so cheap on Amazon UK. Most likely it is some older revision.

Aha, yeah, forget the PPPoE thing; just came to show how little I know. I should have said ADSL. I have a separate ADSL modem, and I connect to it via PPPoE. Therefore if a router happened to provide ADSL, even better, but not a requirement.

As for the provider/speed, it's Zen, and here are some results of broadband speed tests I just ran:

(I connected my laptop directly to the modem to run these.)

Thank you all for those responses! Let me know if my new information changes anything.

Better to keep that separate.

This is very low ISP speed. Literally any device can handle this.

Well it is, and if you read the first post " * I am based in the UK." and there are multiple reports of getting v3 (for example) Add support for Linksys EA6350 v3.
It's also been sold for similar price here in Sweden so please avoid speculations unless clearly stating so.

Nowadays it doesn't matter much where you are based. The same devices are sold everywhere for almost same prices. So I suspect a wrong revision there. Maybe I am wrong and this EA6350 is a great choice.

I am based in the UK

I am not afraid to bring up the BT Home Hub 5A. It's cheap as chips in the UK (used on ebay) and does everything you want it to do in a small package ... if you feel up to go through the installation procedure.

It's also magnitutes slower (also MIPS instead of ARM), less RAM, rather old wifi radios too.

With a 16 MBit/s line, that hardly makes a difference - considering that the BT Home Hub 5 Type A is a <10 GBP purchase (the initial flashing is a bigger burden).

Well, since it says multiple clients will stream you can't immediately assume that it's all online since it's not stated? So generation of radio hardware can make quite a bit of a difference here not to forget that the CPU is most likely also going to be a bottleneck in that regard.

To be clear, the BT Home Hub might be okay(ish) but I find it really misleading since TS doesn't appear to very technical to omit up- or downsides with suggested hardware.

The BTHub5 has basically the same wlan cards as the archer c7, the CPU is indeed slower which has 'some' impact of wireless throughput as well.

Is that enough to be a problem?

The BTHub5 can cover that easily, it would even cope with VPN at (those-) lines speeds.

Would it be the primary choice for a modern high performance wireless AP, no (and neither would the archer c7) - but for a tenner (keep in mind, only national shipping costs apply there) and with the prospect of replacing the ISP router in the same go, it's worth a try (difficulties regarding the initial flash apply).

So to break it down for the TS,

You can either go or a BT Hub 5 which would potentially replace your DSL modem with some potential performance limitations if you decide to upgrade your connection VDSL2 as there's no stable firmware that can do vectoring as far as I can tell.

I agree with @Borromini that you probably want to keep these separated as it gives you much more flexibility but that's up to you.

Not completely correct on two levels: The VRX200 can do vectoring (with a fitting firmware blob, up to 17a and 30a) but not supervectoring (35b). And it's not a firmware thing, rather a limitation of the chipset.