The command syntax doesn't seem right. I know that you used what's in the Wiki, but it appears that it needs to be corrected.

I imagine the intended syntax was supposed to be

Though, as mtd can do damage if done incorrectly, please wait for confirmation form someone who knows Linux.

Edit: I take that back. It appears that Asus actually include mtd-write, and that the syntax you entered is correct for Asus firmware.

Though, can you confirm that your router is running Asus firmware and not a third-party firmware?

Are you using AsusWrt firmware, and does /tmp/owrt.bin file exist ?

If you are not using AsusWrt, you should restore original AsusWrt firmware using Asus Firmware Restoration tool for Windows imho.

Run third-party firmware with dual wan and vpn, maybe this is problem. And connect with wifi not cable . The file exist in router

Type the following to see if the command is supported 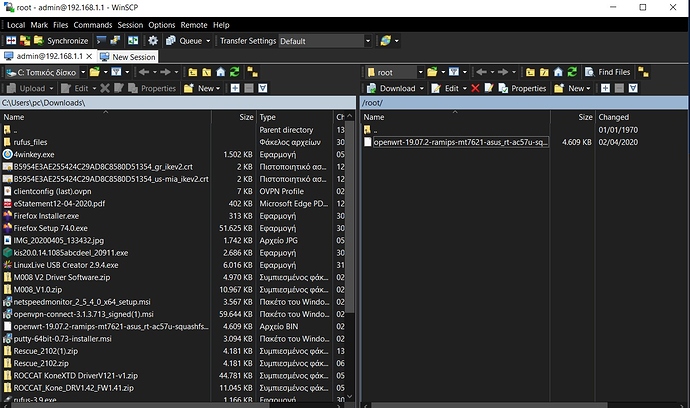 as you can see i've also transferred the file . in powershell i get this

Your second mtd-write -i attempt seems to have worked just fine. Did you follow the rest of the instructions on the wiki, if any?

I follow the instructions but nothing changes, I don't know what I'm doing wrong, do I put a specific ip address on the adapter? but if it were so I could not log in. Is the file not correct?

I notice WinSCP shows you transferred openwrt-19.07****.bin to the root of router.

It should be transferred to /tmp folder, and renamed to owrt.bin before executing

Ensure you are using original AsusWRT OEM firmware before installing OpenWrt.
eg. use Asus Restoration tool for Windows as described in the RT-AC57U openwrt wiki page to return to original firmware.

I also renamed the file to owrt.bin and added it to the temp folder on the router. I have also restored to the router using the asus restoration tool with stock firmware. I'll try to do it all again this afternoon while I work and I'll tell you.when I give this , mtd-write -i /tmp/owrt.bin -d linux , I get the admin@(none). Is this correct , you see in the photo

I notice you did not execute 'reboot' command in your uploaded image?

fyi, I had padavan installed on my RT-AC57U as I use it as a 5 GHz wireless bridge.

I use WinSCP to copy owrt.bin to /tmp folder.

I normally use PuTTY, but this time I used Powershell to SSH into Asus 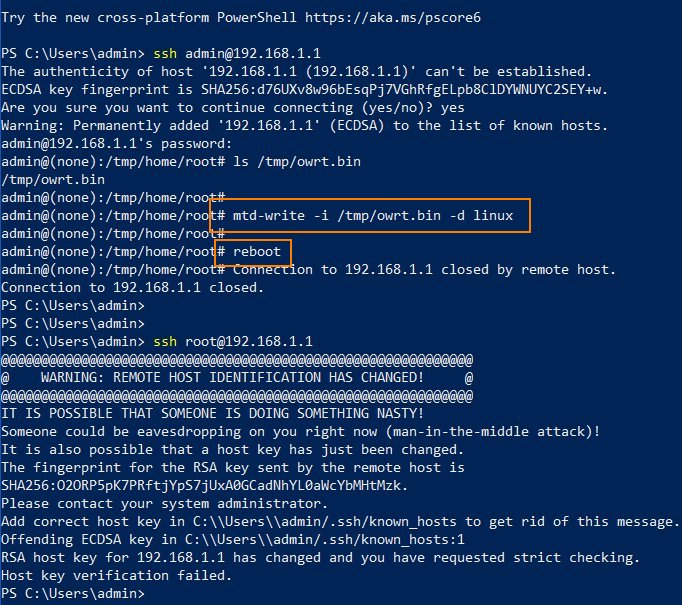 The mtd-write command was completed in 30 seconds.

I tried to ssh into Asus with OpenWrt but it failed as you can see in above image and I don't have patience to fix this issue. 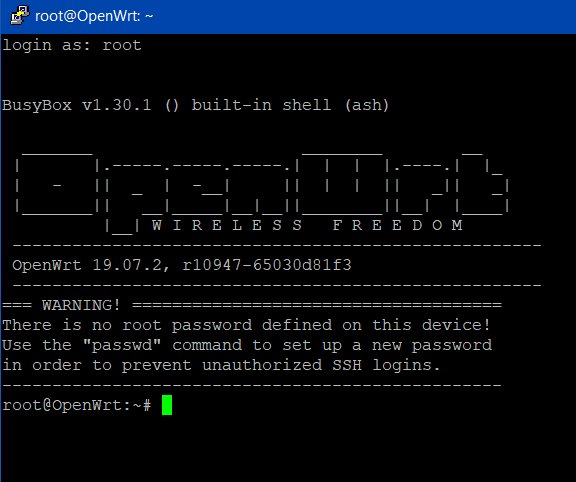 My RT-AC57U v1 is H/W version A according to label underneath router.

I did it, the problem was that I was going into powershell as an administrator and not as a simple user.
I saw it on the photos from the powershell listed by the friend above, thanks for the help, and if I want anything else I can ask?

sorry where is this?

Try looking near the 'Reply' button for the post which solved the problem. (3 dots?)