OK, I've poked at the image builder and now I understand that it just builds an image from packages that already exist in the repo. Working back to what I'm trying to do -- I want to support an RTC and a UPS. For those, I need kmod-rtc-ds1307 and nut-(server|common|upsc|upscmd|upsrw|upsmon|usbhidups). I see that those packages exist for other targets, but not for rpi-4.

Theoretically I can build OpenWRT completely from scratch to create them myself, but the real question is, how/where do I request that the OpenWRT project build those packages for rpi-4 by default? I just don't get where the default package list for rpi-4 lives in the repository, so I could submit a PR against it.

in this case... a closer phrase would be 'generate kmod-rtc-xyz... for this target'...

( edit: if we are lucky @Noltari may take a peek at this in his travels... but like I said rtc may invoke some broader complexities )

very interesting way to handle the question you had about a second device network config...

( not for everyone i'm sure... but innovative and handy for those interested in that sort of thing )

download metrics can be deceptive (multiple single person... longer availability, people stockpiling (i would))... hence 'regular users'... but point taken ( and a very good one... )

one side effect of the update check is it shows in the github traffic page of unique visitors ( this was never my intention when implementing it... but is usefull none-the-less... no identifyable info is visible to me )... obviously this wont show those who disable the updatecheck... or maybe run it without a gateway or whatnot... 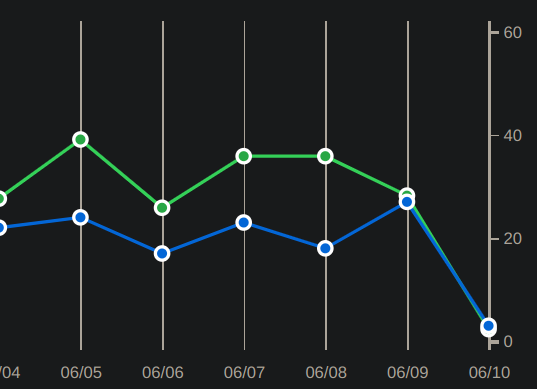 (edit: you know what... I think your right... I keep forgetting that this is not a cron task... but luci/login initiated... so if nobody logs into the router... then no visit would happen.... )

afiak there is no (package generation) issue with nut on this target...

So weird, I've been trying for two days to build it because I could swear it wasn't there, but obviously you're right. At least I learned a lot about building packages and images.

speculative patch that may enable the kmod rtc generation... features bit might be un-needed as it's not onboard...

you never know... a magic genie may expedite something like this into 21.02

a magic genie may expedite something like this into 21.02

Wow. It would be awesome.

Things have been hectic lately (well, honestly, always) & I missed the poll because I haven't been keeping up here. I see that voting is closed but I owe you my input because of the amazing work you've done.

I initially switched to the community build because it was a royal pain in the butt to get OpenWrt working on my rpi 4. Even when I did get it working there was a whole other layer of pain getting the right packages for my needs. Don't even get me started on upgrades... All of those pains disappear with the community build.

I don't know how long you've been in the game so here's some old-man advice you may or may not have accumulated on your own: Take a break every now and then. Rest and recharge. You've given us a helluva thing here and nobody wants to see you burn out!

opkg, much like upstream, is an "implementation detail" that I don't (and others might not) care too much about

yeah... i'm pretty surprised at just how little opkg is really used...
( to be honest most things aren't... updates / migrations / sqm / a few minor optimizations are the only really 'killer' features that panned out... i.e. what is common to the masses )

thanks for the insight 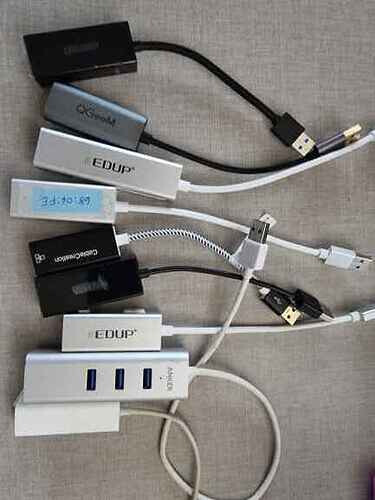 Ok raspberry family, for all of you wishing for stable USB Ethernet dongle interface names, @bobafetthotmail and @anon50098793 have patiently worked me through what is now a working script and config file.

Your views would be most appreciated.

Hi Guys!
Im using OpenWRT Community Build on my RPI4 Router since a few Months. What i miss is the Support of my external USB3 NVME Case. I selected a NVME because of Power consumption and i`m very sad, that there is no support for this Harddisk in OpenWRT.
Could you please add some Kernel Drivers for NVME Support in the next Release?
Thx a lot!
Greetings from Austria!

re: NVME... I think it would be good to have

may be subject to target module requirements raised here;

a magic genie may expedite something

so, mainline may be a better place to approach initially for this query...

otherwise, if 3+ people have a need ( I don't own NVME so cannot test this )... happy to generate a test build if you tell me what is required to add support... ( kmod / base eeprom version etc) and it is in fact possible without kconfig method.

Newer motherboards support NVMe U.2 connectors but also NVMe storage can be used… on add-on pcie adapters. Enable kernel driver on x86 for now so the NVMe flash storage can be used Signed-off-by: Lucian Cristian <lucian.cristian@gmail.com>

re: NVME... I think it would be good to have

I don't think he means native NVME (that requires PCIe lanes that are used for a USB 3.0 controller in the Raspi 4) but actually a USB enclosure for a NVME drive.
Which should theoretically work fine already if you have kmod-usb-storage package because it's seen as a generic USB 3.0 storage drive.

Seems like some of these adapters don't work properly and need an external power supply (powered USB hub) to work https://github.com/raspberrypi/linux/issues/4130

do these things show up with a differnet /dev name?

No they show up as /dev/sdxx like any other storage on USB. NVMe or Sata or IDE is irrelevant, the system sees the USB-to-something bridge chip, not the drive controller.
See this tutorial where they use one of such adapters. https://dopedesi.com/2020/11/24/upgrade-your-raspberry-pi-4-with-a-nvme-boot-drive-by-alex-ellis-nov-2020/

should theoretically work fine already if you have kmod-usb-storage

yup+extras... based on the above i'd agree with that (show up at least... not sure about boot)...
unless some unknown controller...

wait to hear back re: chipset

The Chipset of the NVME USB3 Enclosure (Ugreen M.2 SSD Case) is ASM2362.
Now on OpenWRT i tried the Standard Build for RPI 4 and the community build.
opkg says "Package kmod-usb-storage (5.4.113-1) installed in root is up to date."

ASIX is my USB to GBit Lan Adapter used for WAN Port.

blkid and fdisk -l do not show my external SSD.

i'm not really sure what it would be off the top of my head... this command helps to look through the kmods (there are lots and it can be hard to find something if you are not sure what you are looking for);

could also be something to do with 'quirks' in cmdline.txt or related upstream patches filtering down... (likely)

so doing a websearch for that chipset and 'quirks' may turn something relevant up...

and the power is also a possibility as bobafett suggested... we have not confirmed yet this is working for you in raspbi(ian|OS)

Hi!
Thx for your Help. Now i tried to install kmod-usb-xhci-hcd, kmod-usb3 and kmod-usb-storage-uas, but nothing helps. Device is still unrecognized.

I can remember, that it worked on Raspberry Pi OS. As it do not work on OpenWrt i use this external SSD on my Odroid XU4 with Raspbian Stretch witch Armbian Linux. There it works perfect.