what are your result when you run these four commands in an SSH window:
cat /sys/devices/system/cpu/cpu0/cpufreq/scaling_governor

Thanks again for all the help. I was thinking there for a minute that I needed a new router.

Thanks again for all the help. I was thinking there for a minute that I needed a new router.

It is up to you, but you will be getting different performance results after each reboot. See this for detailed info.

@fantom-x The scaling issue is interesting. I haven’t seen that behavior... but the only time I reboot is when I flash a newer version of firmware. I don’t have the level of detailed memory tests those folks have so my setup might have some degraded performance that I haven’t noticed.

I don’t keep my entries in a file on the router- I might be skipping the cache issue because I fresh enter all the commands in a SSH window after the router is back up (quick copy paste- I set up on demand first (in case I want to go back to on demand, then I flip it to performance)):

Anything special going from 18.06.04 to 19.07 other than using the sysupgrade build? Im really trying to avoid rebuilding all the misc settings,packages etc.. I will be making a backup just in case.

Anything special going from 18.06.04 to 19.07 other than using the sysupgrade build? Im really trying to avoid rebuilding all the misc settings,packages etc.. I will be making a backup just in case.

sysupgrade is the preferred method. Going between major versions the recommendation is to not keep your settings (freshly put them in).

I like hynman’s build, has a simple set of features and clean interface. I’m running the stable owrt 22 December build (hynman keeps the first post updated with all his features)

is there a general recommendation to tune the wifi settings? i am currently using the additional parameters.

but i can't see any significant advantage.

? i am currently using the additional parameters.

Wireless Settings Not Available in Luci Installing and Using OpenWrt

The menu is missing because you introduced syntax errors in your wireless config. Run uci show wireless > /dev/null to see them. Also note the the parameters you posted are only understood by the long eol madwifi driver. No driver on no current OpenWrt or LEDE version will understand them, they‘ll simply get ignored.

Just a hint in case anyone is using R7800 for processing intensive application: placing router vertically lowers its temperature by around 5 degrees.

I actually use a usb laptop cooling pad on my r7800

My R7800 is in a tight spot between floor joists so I use this laptop cooler. Perfect fit and works well. 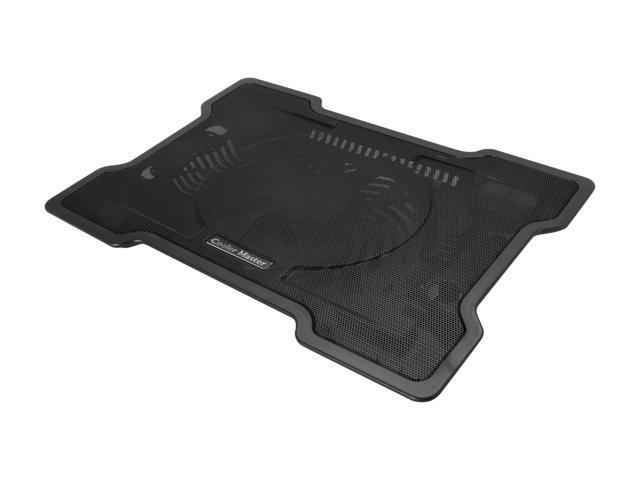 Any suggestions how to get max performance and lowest (internal LAN) latency running in AP mode (no NAT, no WAN). I have already turned off all services that I don't need (firewall, adblocking, dns, dhcp, ...) I normally run hnyman's builds, I use 4 SSIDs (2 on each radio) and 3 VLANs to isolate traffic (e.g. home, guest, work, iot networks)

I keep reading a lot of conflicting info about:

I keep reading a lot of conflicting info about:

Bottom line, if your access points are hardwired, you are not going to notice a big difference with all the above tweaks. Wifi speeds don’t strain the CPU much. If you have multiple 5ghz devices simultaneously needing bandwidth, hardwired devices, or higher throughput requirements- doing some CPU tweaks will get you the most bang for buck.

-L2 cache issue was fixed by ansuel in master a month ago.

-found no benefit to specifying IRQs or ethtool tweaking for an access point
-I’ve run more aggressive ondemand settings vs the performance governor with similar results on the access points. I’ve found getting the CPU to ramp up more quickly (or being on the performance governor) makes the r7800 perform better on testing, especially as you get up there on throughput. With ondemand, over 24 hours I average a 80/20 split on the lower frequency / max CPU frequency with these settings:
echo 35 > /sys/devices/system/cpu/cpufreq/ondemand/up_threshold; echo 10 > /sys/devices/system/cpu/cpufreq/ondemand/sampling_down_factor

What are your measured performance numbers in throughput and latency before and after your reconfiguration? What's your target?

I haven't done any scientific measurements, just trying to see what choices we have and where to look. I tried some eth0/1 rx/tx-usecs tweaks and noticed the wired latency going down by about 0.150ms (from 0.350ms to 0.200ms when pinging the r7800 from a wired linux server). The interesting part is that it matters which direction I ping from, if I ping from r7800 to linux server I'm back to 0.350ms or higher. There are no firewalls involved on either device.

Is there a danger to run performance governor at max 1.7GHz always? The temperature increase seems very low by about 2C and the reported temps stay under 55C.

I wonder whether not adjusting the CPU freq constantly also may contribute to stability, I occasionally get random reboots/freezes with kernel 4.14, with 4.19 I only had 1 random reboot.

As for WiFi stability in general I'm in a tough spot, the "ct" firmware does not work for me with my clients, lots of problems with low power devices such as IoT or with discovery traffic, devices just can't find each other on the WLAN. Classic/old firmware works well but there's no recent master build that works with it, I have to get the "ct" build and just replace the firmware but I wonder how long the "ct" driver will continue to work with "old" firmware or whether there might be weird interactions.

With all of ansuel’s recent updates I don’t really notice a big difference between aggressive ondemand settings and performance governor.

Increasing the sampling down factor results in less changing (checking to turn the cpu frequency down).

I tried using packet steering with the value of 3 (both cores) and it seems to be working better than the defaults, but the CPU usage was very uneven in my env. FWIW, I decided to try a slightly different config (below) and it resulted in an almost even CPU usage under load and also lowered overall CPU utilization. I am curious if anyone is willing to give it a shot to make sure I am not seeing things.