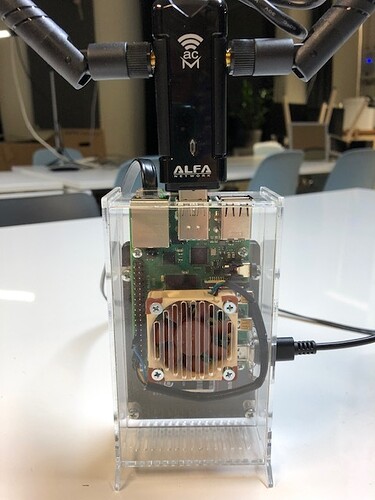 Manipulations to controll PWM that I can do with success on the command line in Raspberry Pi OS, seems to be accepted in OpenWrt, but nothing happens. Maybe I am missing something? Or maybe something has changed from earlier versions?

I hope someone can point me in the right direction.

Which noctua fan it is? Personally I use Ice cooler for Raspberry pi4. The old large one and it keeps the rpi4 cool even in extreme summer temperatures without being loud.

I'm using the Noctua 5 volt PWM 40 x 40 x 10 mm. Been using these fans for two other RPi4Bs acting as desktop computers, with a variable speed fan controller I've written in C. Most of the time they are completely silent. That is what I hope to achieve with the OpenWrt router as well.

What are the usual temperatures on your rpi4s?

The one I'm sitting at now is typically in the late 50's – right now 58°C. And the one at home, typically somewhat higher. It depends on the surroundings.

BTW: my Pis are old.

To get these into early sixties, I just need to unplug the fan. Ice tower is large enough to keep temperature in early sixties without any noise.