Proper way to setup this type of VLAN

I've tried searching but cannot find anything specific to what I'm trying to do. Basically I only have one ethernet cable going from 1st to 2nd floor switch and I'm using OpenWRT to connect to other wireless network for failover on my Untangle router, but due to distance sometimes it disconnects. 1st floor has Netgear VLAN switch, 2nd floor has a plain network switch. Here's the diagram: 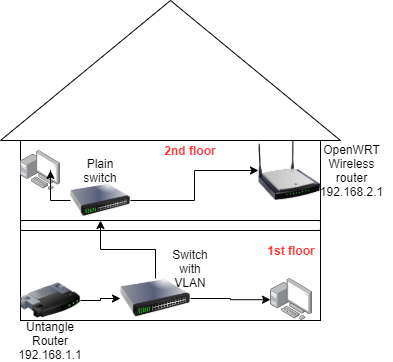 On the Netgear switch I was able to setup VLAN 10 trunk on port #1 and when I connect cable between port #2 and spare port on Untangle it gets 192.168.10.133 address.
My goal is to be able to see both subnets from either floor and at the same time bring
LAN port from OpenWRT to Untangle so it can serve as a failover.
What am I doing wrong?
Here are rest of the screenshots: 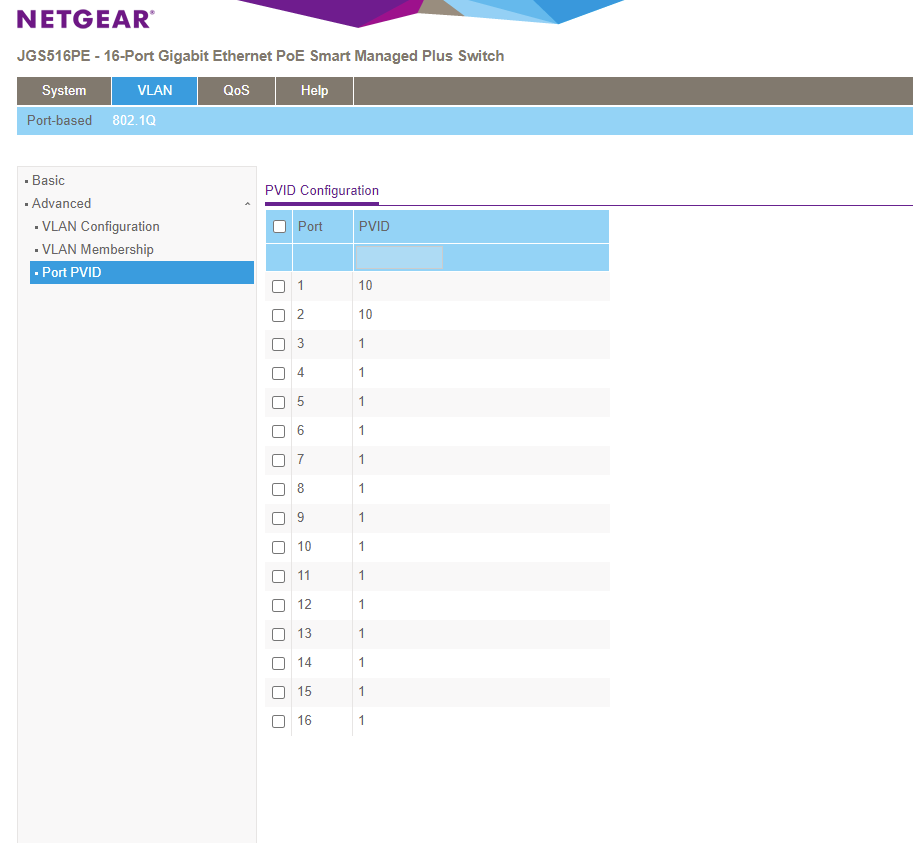 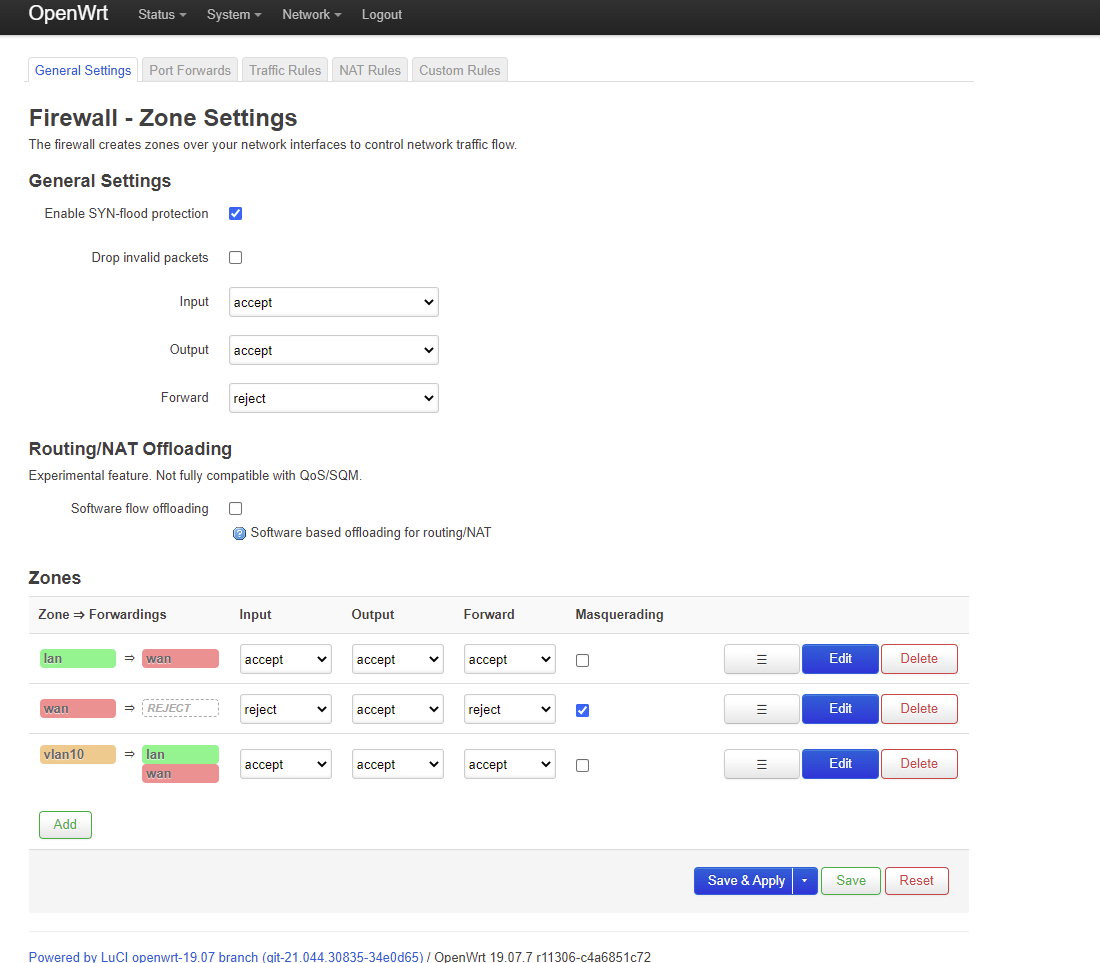 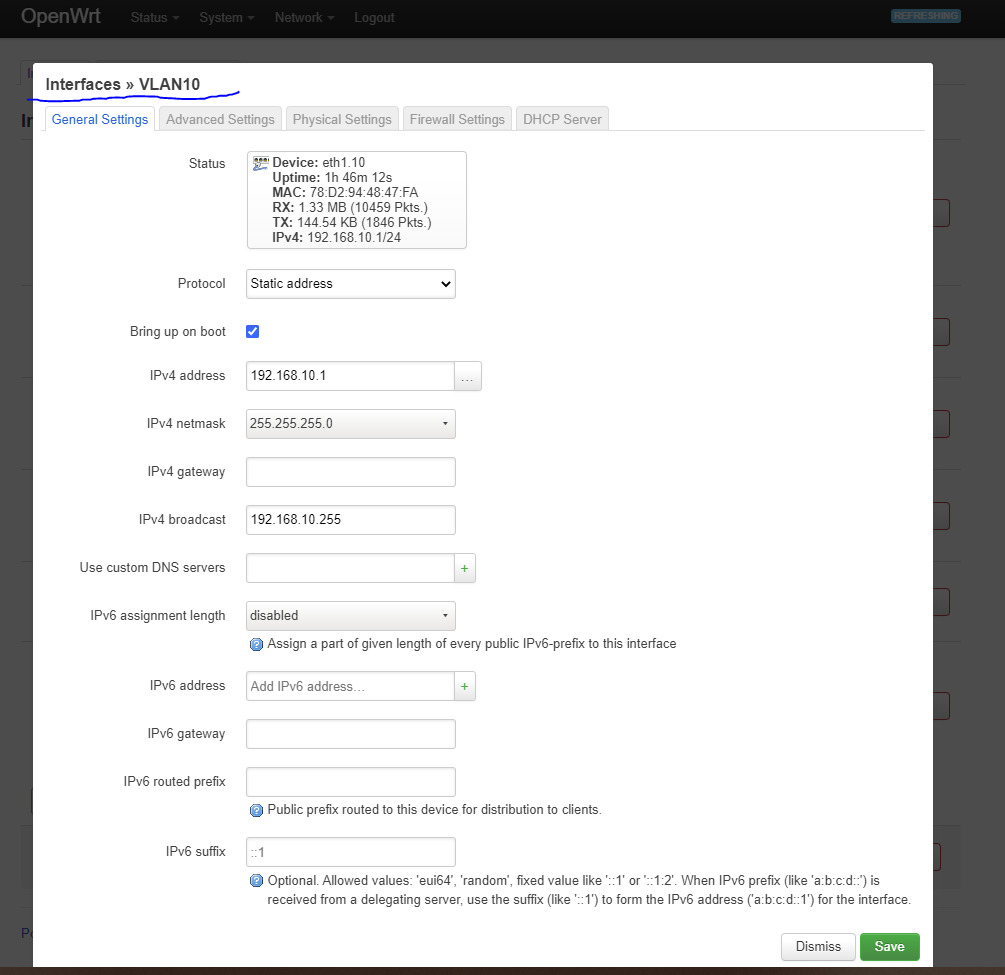 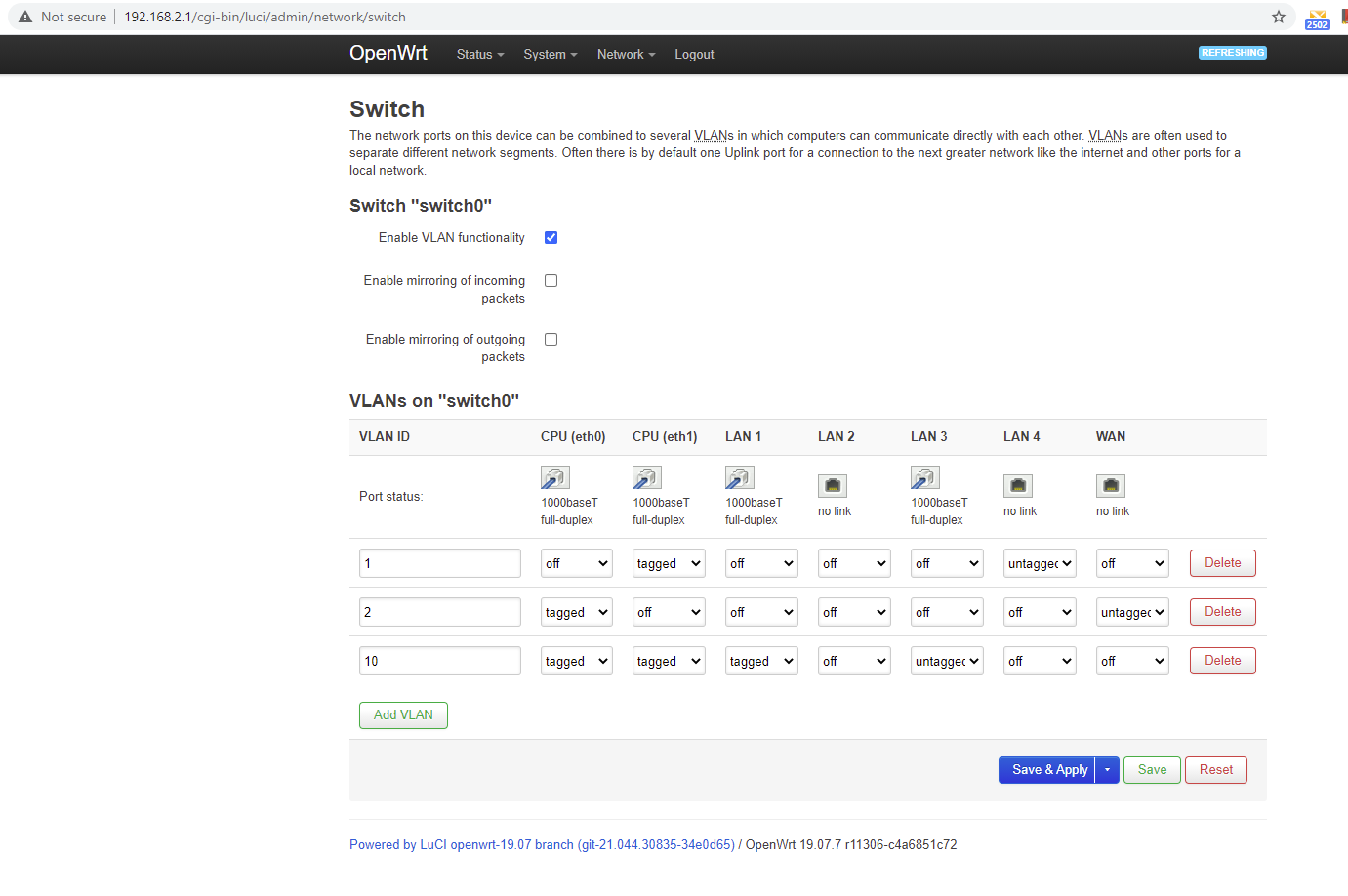 The behaviour of unmanaged switches in the presence of VLANs is undefined, what they'll end up doing is completely random. They might drop the packets as invalid, pass them through unchanged, clobber them (such as cutting away the VLAN overhead at the end) or just about anything else. Especially during your initial setup, you need to get your 'plain' switch out of the way (either by connecting the 192.168.2.1 OpenWrt router directly to your upstair's ethernet outlet and only attaching the unmanaged switch behind it (so it only sees untagged frames) or by replacing it with a VLAN aware one).

Thanks for the reply!
I will get another managed switch similar to the Netgear and replace 'plain' one with it.
Just to get it to work I plugged cable directly into LAN 1 on OpenWRT.
Can someone advise what I'm doing wrong as far as settings goes?

The trunk cable port should be tagged in both VLANs.

Only non VLAN aware devices like PCs should get untagged packets. Set both the VLAN number and the PVID number to the same VLAN for an untagged port.