My project requires a 2G/3G/4G device with SIM card be installed in a remote location (Russia) so I can access it from Canada and make phone calls and use VPN over that SIM card. Right now i have Internet cable in the remote location with DD-WRT router for VPN and GSM gate with SIM card for making phone calls over VoIP. The system seems too over complicated because I pay for cable Internet and for a plan on SIM card which also includes Internet and I use a separate device for VPN.

Can you please advice a 3G/4G modem with OpenWRT which would do all in one - Internet access over SIM card, VoIP phone calls over the same card and VPN server in the same device so I could connect my IP camera to it and watch the remote site over the VPN as well?

Thank you in advance

You can use any router with Openwrt having a USB port with almost any USB 4G modem.

My recommendation would be to look at the GL.iNet units. I have several of their wireless routers and am impressed with design and build quality on them. They ship with effectively OpenWrt 18.06 with some additional packages designed for "travel-router" use and a simplified GUI (LuCI on the "Advanced" button). GL.iNet maintains a full set of packages for them, as well as there being OpenWrt support as well.

I would consider the X750 "Spitz", for example. They generally use the https://www.quectel.com/product/EP06.htm with the older-generation EP-25 available as well.

You will probably need a VPN to be able to connect to the device. Most carriers, at least here in the US, don't allow inbound connections.

I'm not sure what you mean by "making VOIP calls". If you're looking to run the router as a VOIP server that somehow used the voice channel of the modem, you're probably headed off into unknown territory for many. That is going to require, I would guess, a modem that reveals its voice interface and a device that has enough CPU to run a SIP server with low enough latency to satisfy your quality concerns. I don't know that a MIPS-based device can accomplish that, especially any single-core device. You're probably better off with a multi-core ARM device, as you'll be handling the incoming SIP connection, as well as transcoding it and sending it out over the modem's voice channel (if possible).

It is a way too expensive than to have a router+modem.

And it's not quite clear which bands it supports.

I would highly advice against any type of MIPS device, and as Pilot6 mentioned most USB modems works but I'm not certain that they can make calls too. Something that uses ARMv7 (or preferably v8 aka 64-bit) would be a nice device as there are also powerful enough to use modern encoding if you want to minimize data usage.

And it's not quite clear which bands it supports.

From the previously linked page 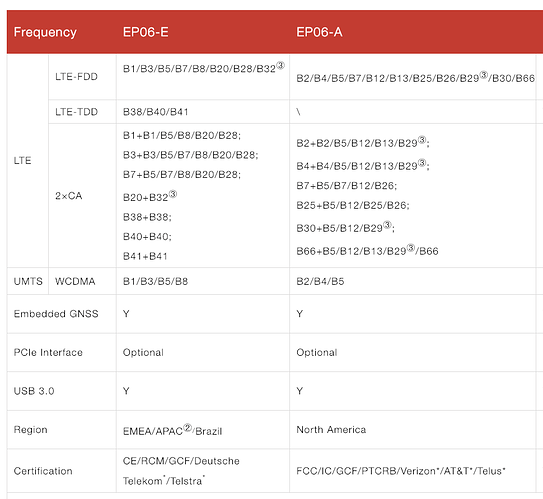 Making calls may be a problem, but there is a workaround with making calls over the net.

Thank you All for sharing the thoughts,

I am new to OpenWRT and not sure the project has an option for use of the inserted SIM card for calls. It could be nice to use it because the card I am going to use has a plan with 5 GB data and 500 minutes of local calls monthly so I would not need anything else if I could use this features. Right now I have it inserted into GSM gate and I can use it for calls but the gate requires cable Internet for which I monthly pay more than for the SIM plan

Privet.
The ZBT is a good choice for a low cost device. As you can flash it with up-to-date official openwrt, directly from the installed (old) openwrt.
Only be careful when selecting the modem. Quectel EC-25 works like a charm, and is cheap.

Be very careful with statements like that, as many sellers don't have a clue what is on their device. You may run into things such as

Hi Augustus and All,

Do you think it is not a good idea to have modem and router in one? Ideally I wished to have just one piece which would cover all - be Internet access point, firewall, VPN server and VoIP gate.

If I can talk over my cell phone and at the same time share Internet with my computer (on a hundred bucks cellphone) then why it is not possible to make a 4G modem which could at the same time be access point for other equipment and GSM gate for it's own SIM card? Am I not understanding some constraints? I see 4G modem/routers are available two in one but I could not find any clear statement that they can tunnel their own phone calls (using inserted SIM) as VoIP traffic to a remote location. I currently use TG100 GSM gate for that purpose and it requires that I use cable Internet for VoIP traffic in despite that it has SIM card with Internet subscription in it... Perhaps this looks like a truck which pulls another truck where the load is stored instead of the second truck just drive itself...

To be clear, I need a substitution for my GSM gate located in a remote office, which would not need cable internet and also I would use the internet from it for camera - to watch that location remotely. Also I want to use the same device as VPN server so I can be seen as if I am located in that remote office. Does this sound doable?

Doable: Yes. But not out-of-the-box. To do something like the TG100 GSM on openwrt, too, you will need to setup asterix, for example, to work as GSM gateway, to switch (and convert) voice phone calls from VoIP to the modem.
asterix is quite heavy stuff, should run on openwrt, but I only used it on full blown LINUX. BTW: For a similar purpose, like yours. Had an office in SPb. Gavarish na Russkom ?

Thanks. Really good recommendation. Never heard about this device, i wanna get one for playing around!

Priviet,
just a side thought: make sure that simultaneous data and voice connection will be possible before making a decision. It could depend on data connection type - GPRS/..., on operator and (and that's the most important, because I don't suppose you'll want to make a call on GPRS and I also don't suppose any Russian operator won't support that) on the device itself. Some devices drops the data connection and switches completely on GSM when making calls - which means that this device has only one radio. So just make sure it will work simultaneously before making a decision with any concrete device or in case of the device with only one radio make sure that you can switch to the voice calls through the data only to keep data connection alive.

I know that I'm not helping you too much, but that are my only two cents I have...

I am using a Motorola Nexus 6 hotspot with a Netgear R6300v2 with DD WRT (I think Open WRT will do the same) in client mode on my 5ghz band tethered to the Nexus 6 and Google Voice for the telephone and texts with an AT&T unlimited plan. Works perfect.

thanks diizzy. So the https://www.gl-inet.com/products/gl-x750/ is another MIPS device with single core which might be too slow?

The problem is that i do not see any Cat 6 LTE USB modem (300 MBit/s) available on the market. Do you have any recommendation for an ARMv8 device? I'm using the WRT1900ACS... THANKS!

Yes, that's correct.
No idea about modem, I've only used Huawei E3372h but I'm pretty sure you can't do calls with it simultaneously.