I just got a Chinese Mi Router 4A Gigabit-model and I immediately proceeded to dump the firmware and see about enabling UART-input. Alas, the procedure has changed slightly since in the thread the wiki points to the firmware is from 2019 and mine is from September 2021.

In the above thread, one has to modify the bootdelay parameter Uboot uses by default:

With my box, that's no longer the case. I had to change the word off to a null-character followed by on at 0x19324:

I also noticed that OpenWrt's partition-layout is actually wrong. The firmware-partition extends all the way to the end of the flash chip, ie. 0x1000000, even though partitions inside it only go to 0xe80000. There's supposed to be a "disk" partition starting at 0xe80000 that then extends to 0x1000000.

There's no point in extending the firmware-partition all the way to the end, when it's not actually used that way and it seems short-sighted to just clobber the disk-partition like that for no good reason. On my box, Uboot still works and just uses some defaults it was compiled with, but if Xiaomi continues to fiddle with their Uboot and ends up storing some more important environment-values at 0xff0000, this could cause some trouble.

Other stuff:
On my device, the magnetics for the Ethernet-ports have changed from those big, chonky components to a whole bunch of small SMD-devices. If you find your device with a similar arrangement, don't worry: it is still the same device. 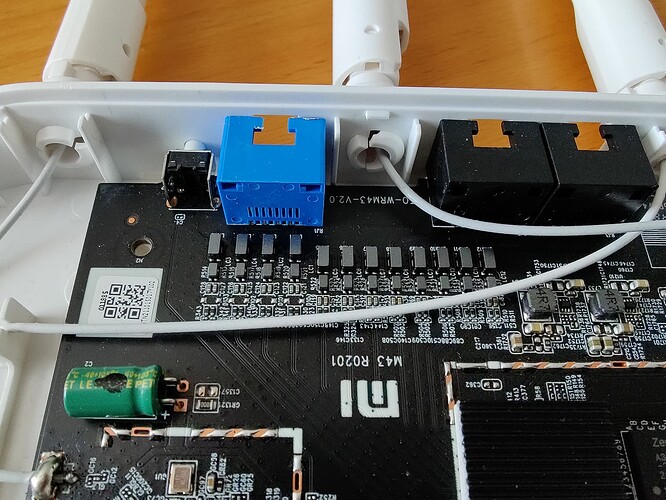 Also, as a sidenote regarding using a CH341a-based flashing-tool: I had no trouble using one, unlike the person in the original thread. The difference may be because I have fixed the voltage the tool used (see e.g. https://www.youtube.com/watch?v=-ln3VIZKKaE ) and I am powering it from a USB3.0-port, instead of USB2.0 -- USB3.0-ports can supply more power. 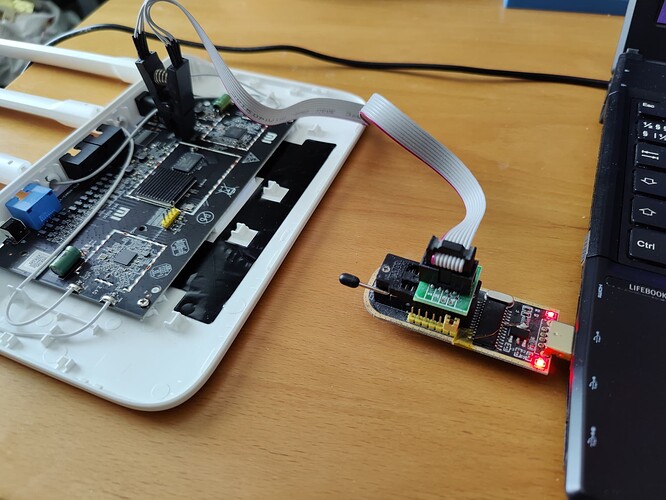 Nope. It was fitted with the GigaDevice NOR.

Do you recall what firmware version shipped with your R4AG, and what latest version it auto updated to?

I never connected it to Internet, so it never got to update itself at all. I do have full bootlog stored away, though, and the log says it shipped with 2.28.84.