Is it possible to revert back to stock?

The process is described on the wiki page for Linux users, there's also a windows recovery tool on the xiaomi website but it looks a little terrible and the output is in Chinese. (Thus I haven't tried to recover using the application)

Yes it's the terms and conditions screen, the issue is with the pppoe-simulator as it seems to lack the necessary guards within the first branch and crashes instead of ignoring the packet.
If I have to do through the process again I'll fix the Python script.

I take it these images are the downloads from Baidu?
I can't download them without a Baidu account, and trying to even sign up is incredibly difficult as their captcha never seems to actually work, is there a *sysupgrade.bin file in the original distribution? I believe this is the preferred method of changing firmware from what I've seen so far.

The script will crash with python2 I would be surprised if not. I was glad that it worked at all since its my first ground up python project and there are few examples for PPPoE that don't just use RAW. If you want to improve the script and make it python2 compatible please do so

I think the problem you experienced was caused by the PPPoED_Tag handling working differently in python2 & 3 and therefore failing at extracting the host_uniq from the PADI package.

This problem still happens with python3 as I recall, I tried it with both.
As I see it the issue is caused by it assuming that when it enters that branch it's not actually the correct packet type, it only had 257 listed (Service_Name).
I think it just needs a guard or slightly more stringent check here before entering the block.

I've lost the logs but the python3 was required to fix a string to int conversion problem later in the process.
If I go have to go through the process again I'll see if I can add the required guard to the script or debug it further.

I went to do the Russian video procedure in which, I don't know why my redmi restarted.

Esotu now trying to do the procedure to return to the factory stock, however I am not getting it.
Talk about using PXE-BOOT to do factory restoration.

I wish someone could help me with that part.

I use windows 10 and already tried with several programs but without success.
If anyone can describe the step by step and what programs to use I would be grateful, because I want to go back to the factory and try again.

When I turn it on, the redmi has a white led, but no access to it.

When I turn on the reset button, it is flashing in amber.

So I ask someone for help so that he can return from the factory and then try again.
I ask step by step and what programs to use.

If linux has no port, I use a live linux to do the procedure.
I appreciate any possible help.
Thank you

How can I found that stuff? I'm not at stock firmware. I flashed openwrt already. I wanna play some with gpio leds.

You can look at chinese forum called right.com.cn they have good tutorials too. If you need some files PM me. Same as 4PDA.ru I can send user locked files from these websites.

I managed to recover using an exe "MIWIFIRepairTool.x86" and the rom from the official website.
Thank you for your support.
Let's go to your second attempt to put openwrt.

A noobie question, if you want to update Openwrt version you can? In that case, what is the method?

Can you post them on a public filesharing website to avoid the need for PMs?
Baidu is extremely painful to deal with and the official firmware (or at least the firmware in the guide https://openwrt.org/toh/xiaomi/start) does not appear to be stable.

I cannot publish public because they decided to hide it. And right.com.cn firmware are not stable anyway. They are not working with R2100(Black cylinder). If you wanna test I'm using this(you should use 1907 branch) firmware. And we are testing it and trying to improve it 2.4ghz is stables more than all openwrt's.
And If you want precompiled: https://drive.google.com/folderview?id=13mTGEswOK_YABMWrE8TbLoKqCgCqTEmL
You can get precompiled ones in here(not vanillia. Includes some usefull plugins). I'll update them time to time. This is not tested at RM2100(however it should work with rm2100). But R2100 plays well with that firmware. I'll fix Device name and gpio leds soon.

2.4ghz(50mbps)-5ghz(280mbps)
EDIT: You must be already did hacking process to use this precompiled image. DO NOT USE WITH PPPOE script.

But according to the guide impulse wrote (based on the video), this firmware is working on the black cylinder model?
If you can send the contents via DM (preferably whole rar) I'll confirm the hashes against the guide.

I'm not familiar with the safest way of upgrading the firmware now that I'm no longer at stock though at least for the images in the guide.
For your download link though I should just be able to use

right? (no LuCI right now as it's connection is to unstable to finish installation yet)

Yoy should push firmware to /tmp folder first you can use wget for that. Btw you must be on OpenWRT for using firmware I shared because it is sysupgrade package. sysupgrade -v /tmp/<image>.bin this command will work. After upgrading I suggest you to reset all settings. Btw before upgrading don't forget to turn on wifi. You can enable it from /etc/config

NOTE: YOU MUST BE AT OPENWRT FIRMWARE TO USE THIS IMAGE. You cannot use this at process of bootloader hacking.

Yes I'm already on OpenWRT as I said above.
Before I do this though, I was using the snapshots from https://downloads.openwrt.org/snapshots/targets/ramips/mt7621/ as of a few days which should be at least somewhat stable right?
For me it drops it's in a constant cycle of dropping network connectivity (holding the internet connection for about 3 seconds, then it has no outgoing connectivity for about 30 seconds).

I'm currently using it as a DHCP client for another combined modem/router, any logs I should look at for this as it's extremely unstable for me at the moment?
If the binaries were built from master I assumed they should be at least somewhat stable.

Edit : to clarify, this is with a direct ethernet connection and not a wifi issue, the SSH session itself is stable but network connectivity is not.

The firmware I shared with you is not based to master branch. It is based to latest stable 19.07 which Openwrt team doesn't provide to you. Thanks to @ilyas he is helped soo much. Actually he did all job. I just played with lan/wan ports. And master snapshots shouldn't be stable. They are under active development without actual bugfixing process. Maybe your other router can cause that kinda issue. You can try to switch old modem to bridge mode without dhcp. Maybe it helps. Ilyas's openwrt is works fine for me than other's except padavan.

If the binaries were built from master I assumed they should be at least somewhat stable.

wrong assumption. "snapshot" is basically "whatever happens to have been pushed lately"... no real quality control or testing. the "releases" (19.07.3 etc) are bound to be a lot more stable.

here's the 19.07 build (and diffs/edits/source, in case someone wants to build with other options, etc) 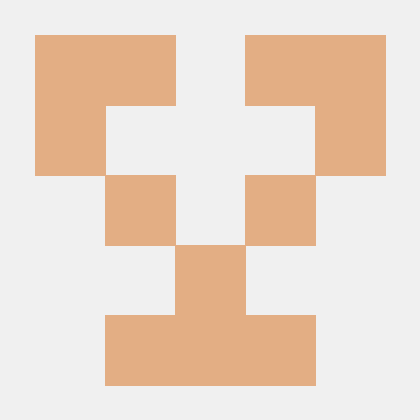 This... is much easier. Assuming we have the same endpoint. It's a little hard to tell under the mountain of obfuscation.

(Well it was a fun home isolation task to make)

Someone run along and test this. I would but I'm running mine in production now. (Which turns out ain't the greatest idea between patchy 2.4ghz connectivity and the occasional warning from the switch and 5ghz that disrupts traffic)