I've been a user of various devices with OpenWRT for some time now. It's great but for my very specific applications I'm trying to create something based on a Raspberry Pi CM4 with a mini router carrier board. Currently the DFrobot DFR0767. The image that they have released has no support for the Rpi wifi on-board the CM4.

So what I'm looking to do is create an image that has the wifi support added as I believe the official image does, but to also include the necessary additional drivers required for the carrier board as well as a couple of other packages namely relayd and luci-proto-relay. Edit:drivers are in the repos listed in the image builder repositories.conf file.

So the main questions are:

Anyway I think that's it for now. I very much appreciate any guidance that can be provided.

Questions 1 and 2 can be answered here: 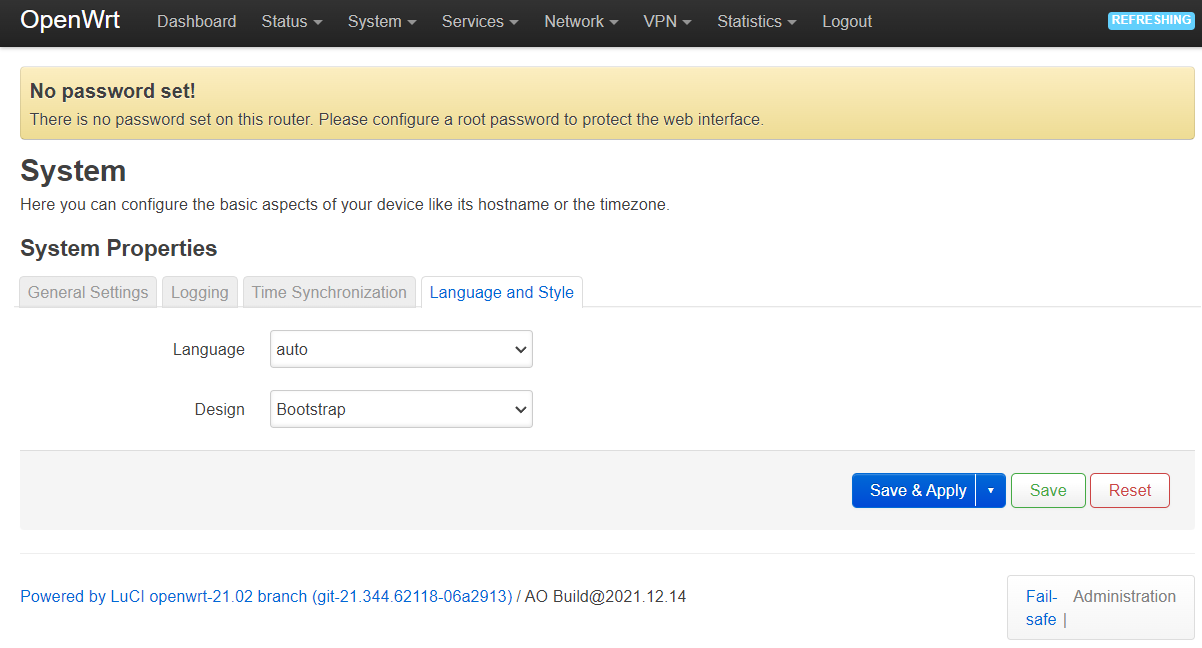 LuCI themes To change themes navigate the OpenWrt web interface System -> System -> Language and Style Use the -> Design dropdown to select installed luci themes. If you wish to create your own themes for LuCI - HowTo: Create Themes ...

Thanks for the quick reply.

My #2 isn't really answered in the section of the image builder wiki that addresses selecting packages or custom packages. Though after reading the wiki again it seems that there is a single line in the example section that one could deduce is just the basic package name, i.e. "relayd" and not "relayd_2020-04-25-f4d759be-1_aarch64_cortex-a72.ipk". Not that this is the place for it but the wiki could be just slightly more explicit there.

And lastly it looks like that Luci Themes wiki is a rabbit hole that I will dig into now.

Again I do appreciate the quick response. I'm certainly no coder but I am not afraid to go down the rabbit hole of research. Just sometimes I just can't see where the hole is ya know.