Need some help with setting up guest network

I have the following setup:

All was working well, and life is great

So I decided to but an IoT device and wanted to setup a guest network to separate these devices from my network.

And then I figured I also wanted a Guest network on my DumbAP.
-> Started with a.new Wireless network (192.168.4.1 IP/subnet) but changed approach:

How cool would it be if my Main router can also serve (DHCP) the guest network of my DumbAP?

I tried to create VLAN's and bridges on both devices in the hope it would work but got stuck here an here I am reach-out out to you the community to see if there is someone that can help/guide me to get a better understanding of VLAN's, bridges, firewalls etc.

The questions I have:

It is possible. If you want to take the easy road, there is fully functional guest on dumbAP guide.
If you want to take the difficult path, you'll need combined knowledge. On both routers you need to add a vlan on the link. Then you need an unmanaged interface on the dumbAP bound to the vlan subinterface and the guest SSID bound to that interface. Firewall and DHCP is covered from the main router side.

Great, this info is exactly what I was looking for! Unmanaged on DumbAP, for the rest I was good underway.

Is there no need at all for a Firewall on the DumbAP, or does it being (like I would expect) an extra layer of security?

Is there no need at all for a Firewall on the DumbAP, or does it being (like I would expect) an extra layer of security?

An unmanaged interface doesn't need any firewall, as it is just a layer 2 connection between the wifi and the main router.

I wanted to give a heads up that I found this video very informative, and that I did not succeed yet to setup a VLAN for my LAN and Guest internet without braking the dhcp / internet on my devices 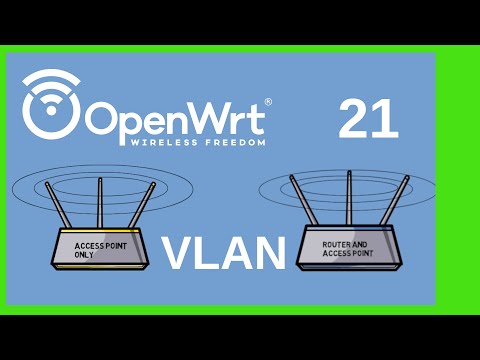